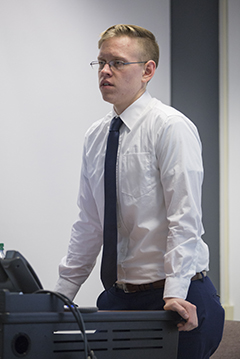 Associate Computer Science Professor Hien Nguyen saw something in UW-Whitewater senior Greg Hyde that told her he may want to put his dream of opening a pizza restaurant on hold for awhile.

As a member of a group of Nguyen's research students called The Scenario Development Team working on a project funded by the Office of Naval Research (ONR), Hyde had an opportunity to put his analytical skills to work.

The team evaluates a computational model to capture the decision- making process of naval commanders. UW-Whitewater students on the team collaborate on the work with students from Dartmouth University. Each week, the two groups communicate by teleconference. They develop scenarios, conduct experiments, collect data and report their findings to the ONR.

Nguyen this fall encouraged all of her students, including Hyde, to apply for a summer 2018 internship program which is called The Naval Research Enterprise Internship Program (NREIP). The program provides an opportunity for students to participate in research at a Department of Navy (DoN) laboratory during the summer (https://nreip.asee.org/).

Modest by nature, Hyde, who is from Kenosha, wasn't expecting the response he got when he applied. He received word of his acceptance on Nov. 29.

"I didn't think my application was even going to be looked at," he said. "I didn't know how strong of an applicant I was, but she (Nguyen) definitely encouraged me. I wouldn't have applied if it hadn't been for Dr. Nguyen."

Hyde will graduate from the UW-Whitewater computer science program on Saturday and return to Whitewater in January for his first semester of graduate school in the program. Next summer he will travel to Washington D. C. for the internship and work in the Navy Center for Applied Research in Artificial Intelligence for as long as 14 weeks.

"It's right on the Potomac River in Washington," he said. "and they do a lot of projects in the water. What they are working on is automated underwater vehicles and AI (artificial intelligence), using reasoning and how to make it accomplish a goal and make it change goals dynamically.

"It's a ten-week program but usually they extend it to 14 (weeks) if you want to stay longer," Hyde added. "I might stay as long as I can just to soak up as much information as possible."

Nguyen said Hyde was competing for the internship against students from research institutions and even with graduate students nationwide.

"We are very proud of what Greg brings," Nguyen said. "One year ago, I think at one of the group meetings I said with your analytical skills you should work for DOD. He said all I ever wanted to do is to open a pizza restaurant.

"I said you can go to DC, work for awhile, get some money and you still can come back and open that restaurant." - UW-W News article written Fall 2017

Roman, December 2017 graduate has been accepted into the Spring 2018 class for the Master of Science in Computer Science Program at UW-Whitewater. 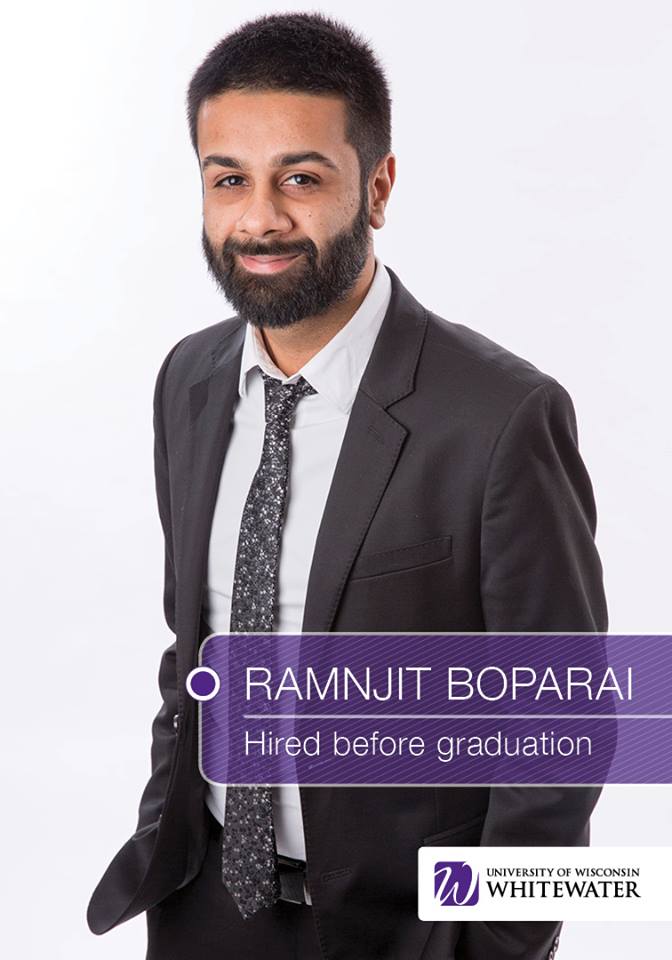 Brian, May 2017 graduate was accepted into the inaugural class (Fall 2017) of the Master of Science in Computer Science Program at UW-Whitewater and received a Graduate Assistantship.

Matt, May 2017 graduate was accepted into the inaugural class (Fall 2017) of the Master of Science in Computer Science Program at UW-Whitewater and received a Graduate Assistantship. 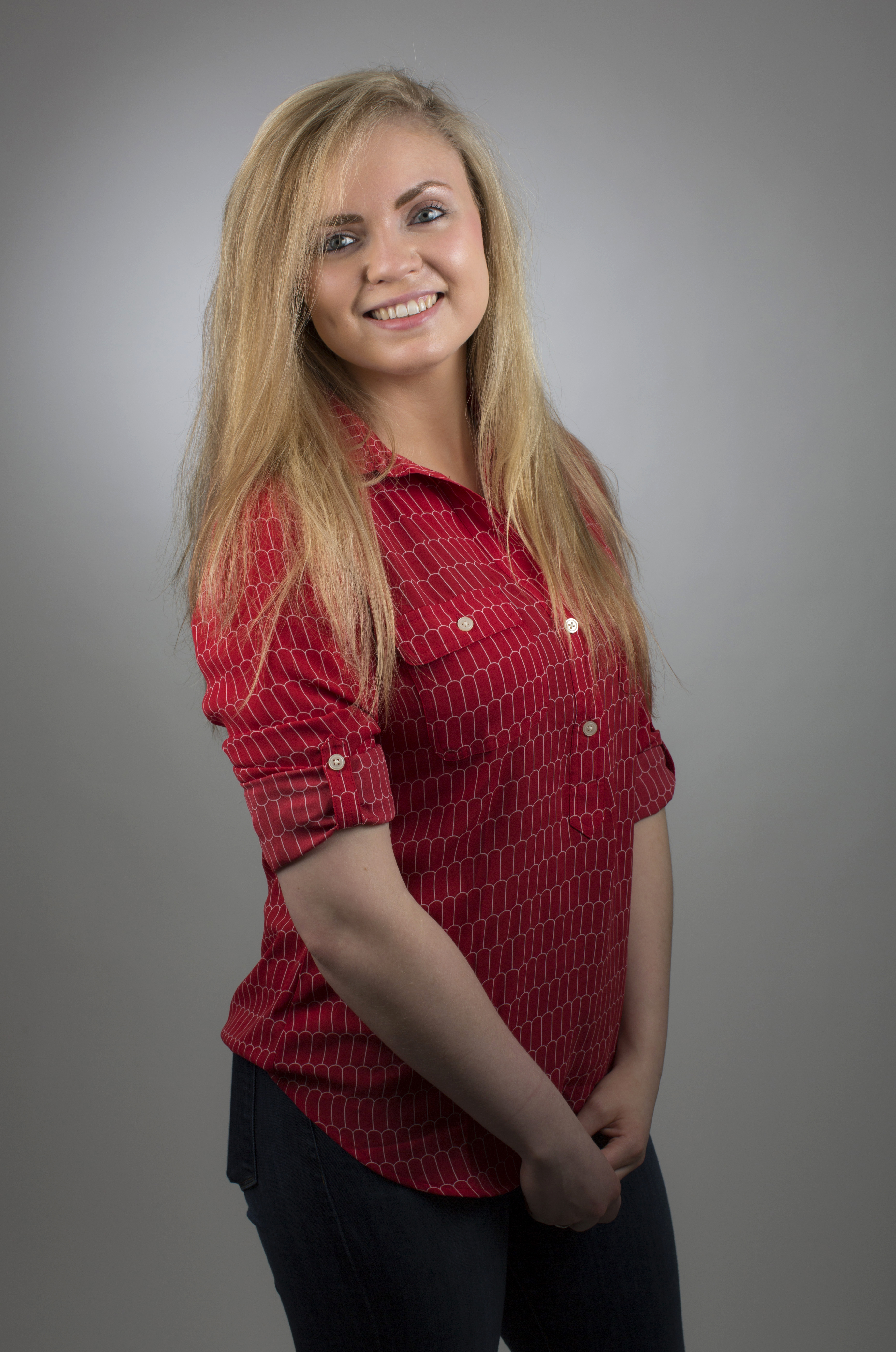 Alex graduated from our program in Fall 2013. He is currently pursuing his Ph.D. in Computer Graphics at University of California-Berkeley. He was also awarded a National Science Foundation Research Fellowship.

In video, below, 2016 Graduate, Joshua Day and his mother, Rochelle Day speak to the UW System Board of Regents about their educational experiences and opportunities at UW-Whitewater.