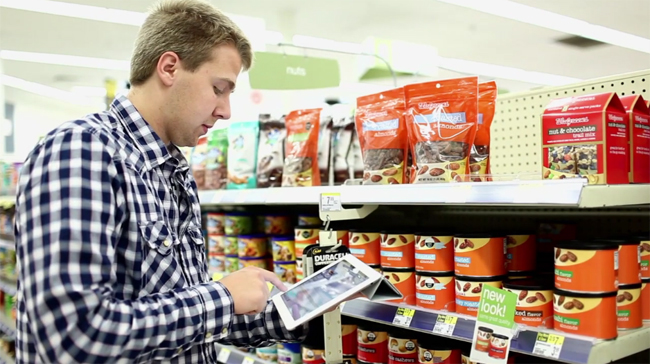 Andrew Hoeft took his job working at a grocery store and turned it into an innovation that could change the industry.

That is the opinion of the Collegiate Entrepreneurs' Organization (CEO), which awarded Hoeft the first-ever Disruptive Student Innovator of the Year award at its national conference in Chicago.

"It's such a cool award and 'disruptive' means everything in the startup world," Hoeft said.

Hoeft, 20, from Onalaska, is a senior entrepreneurship major at the University of Wisconsin-Whitewater.

Frustrated with the inefficient and costly process of manually checking grocery store shelves for expired products, Hoeft sought out a better way to do the job.

When he took his idea to the national CEO conference in November, he impressed judges and attendees.

"He was so deserving of recognition that CEO created a whole new award category for him," said William Dougan, Irvin L. Young Professor of Entrepreneurship and adviser to CEO on campus.

For the past 11 months, Hoeft has developed his product at the Innovation Center, a business incubator on Whitewater's east side.

"It was a great place to grow my business. There were other entrepreneurs, faculty members and students to bounce ideas around," Hoeft said. "Through the university internship program, I was able to get student graphic designers to help with social media and marketing campaigns."

With the company growing, Hoeft is scouting larger headquarters in downtown Whitewater. Twenty-eight grocery stores are currently using the software and Hoeft has raised $443,000 for his business. Three people are on the payroll, and Hoeft says he plans to double that by this summer.