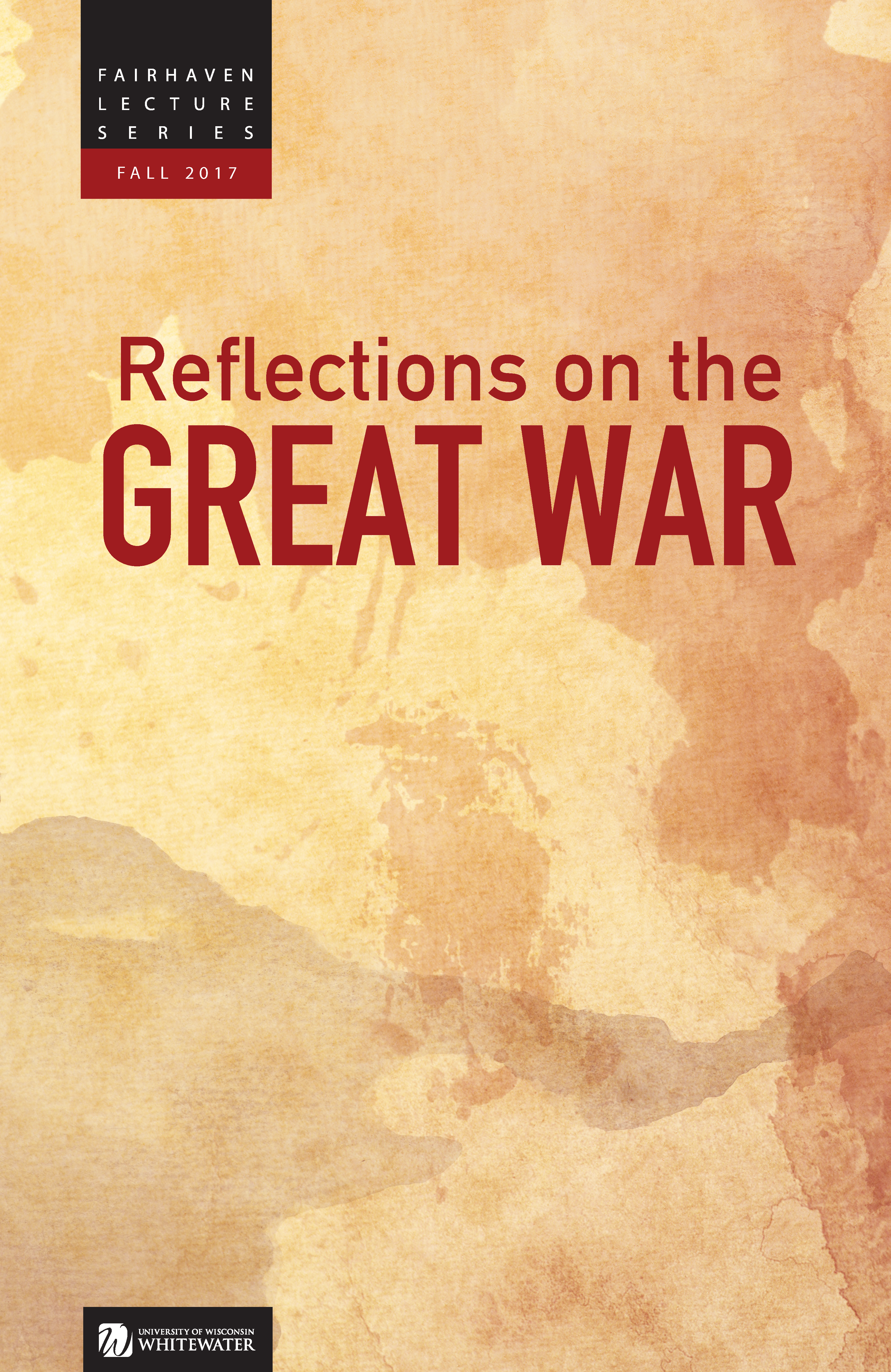 Reflections on the Great War

In April 1917, President Woodrow Wilson asked for a “war to end all wars.” Shortly after,  Congress voted to declare war on Germany. One hundred years and the involvement of four million American military personnel later, we reflect on this war that Wilson hoped would make the world safer for democracy. What are the political and institutional legacies of the war? What impact did the war have on culture worldwide? Join us in recognizing 100 years and the legacy and lessons from the Great War.

Lectures in the Fairhaven Lecture Series are open to the public at no charge and are held on Mondays at 3:00 pm during the academic year in Fellowship Hall of Fairhaven Senior Services, 435 West Starin Road in Whitewater, Wisconsin. Guest/street parking is adjacent to the building​.

The content of each lecture in the Fairhaven Lecture Series is the intellectual property of the individual presenter.