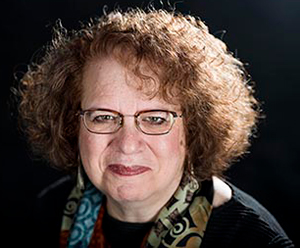 In over 30 years as a staff writer at the Washington Post, Pulitzer Prize winning journalist Amy Goldstein has focused on stories that lie at the intersection of politics and public policy and explore the effects of both on ordinary people.  Her first book, "Janesville - An American Story", reflects this interest.  In writing this book, Goldstein spent years immersed in Janesville, Wisconsin, where the nation's oldest operating General Motors assembly plant shut down in the midst of the Great Recession.  She is currently the Post's national health-care policy writer and has reported on a number of other social policy issues.  Goldstein has been a visiting scholar at the University of Wisconsin-Madison's Institute for Research on Poverty, a public policy scholar at the Woodrow Wilson International Center for Scholars, a visiting journalist at the American Institutes for Research, and a fellow at Georgetown University's Kalmanovitz Initiative for Labor and the Working Poor. 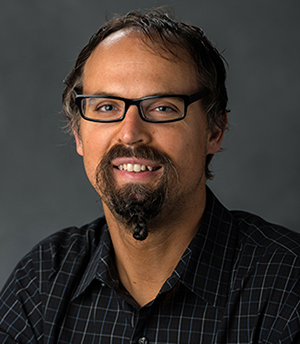 Kyle Whyte holds the Timnick Chair in the Humanities at Michigan State University. He is Associate Professor of Philosophy and Community Sustainability. His primary research in Indigenous philosophy addresses moral and political issues concerning climate policy and Indigenous peoples and the ethics of cooperative relationships between Indigenous peoples and climate science organizations. This research covers Indigenous philosophies of sustainability and resilience and connects with theoretical literatures on decolonization and Indigenous resurgence. He is an enrolled member of the Citizen Potawatomi Nation. Professor Whyte is involved in a number of projects and organizations that advance Indigenous research methodologies and Indigenous sustainability, including the Climate and Traditional Knowledges Workgroup, Sustainable Development Institute of the College of Menominee Nation, Tribal Climate Camp, and Ngā Pae o te Māramatanga New Zealand's Māori Centre of Research Excellence. He has served as an author on the U.S. National Climate Assessment and is former member of the U.S. Federal Advisory Committee on Climate Change and Natural Resource Science. 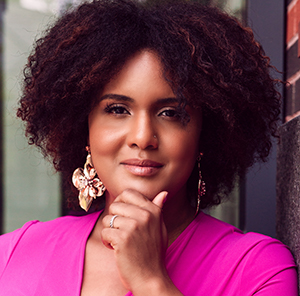 Crystal Marie Fleming is a writer, public intellectual and social scientist whose interdisciplinary interests span the fields of sociology, Black Studies and critical race theory.  She is Associate Professor of Sociology and Africana Studies at SUNY Stony Brook. Professor Fleming's passion for speaking truth to power, addressing injustice and promoting equality infuses her scholarship, writing and teaching. She has conducted research on racism and anti-racism across the globe.  Her new book, "How to Be Less Stupid about Race: On Racism, White Supremacy and the Racial Divide", combines memoir, critical race theory, social commentary and satire to debunk common misconceptions about racism.  Her research appears in journals such as The Sociology of Race and Ethnicity, Ethnic and Racial Studies, Poetics, and the Du Bois Review: Social Science Research on Race and Mindfulness.  She has been recognized with several awards and appointments including a Woodrow Wilson Fellow, a Ford Foundation Fellow, the Georges-Lavau Best Dissertation Award, the Derek Bok Award for Excellence in Teaching, and the Mellon Mays Award for Outstanding Academic Performance, Social Service and Personal Character.​ 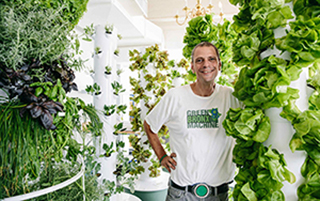 South Bronx educator, innovator and urban farmer Stephen Ritz developed a ground breaking, internationally certified curriculum that embeds concepts of sustainability, food, energy and environmental justice aligned to STEM content areas for elementary schools.  Affectionately known as "America's Favorite Teacher," Ritz has moved attendance in his school from 40% to 93% daily, helped provide 2,200 youth jobs in the Bronx and received the United States EPA Award for transforming mindsets and landscapes in NYC.  His work has been featured in Forbes, Fast Company, New York Times, Wall Street Journal, USA Today, and on ABC, NBC, CBS, CNN, FOX, TNT, Disney, and NPR, as well as internationally from Colombia to Dubai. His TED talk boasts more than 1 million views, he was featured in the film adaptation of Michael Pollan's best-selling book, In Defense of Food, NPR's All Things Considered, ABC's The Chew and The Rockefeller Foundation's Food for Thought. Heroes in the Classroom featured Ritz as one of the top fifty teachers in America.   His debut book, "The Power of a Plant", debuted as a #1 best-seller on Amazon. 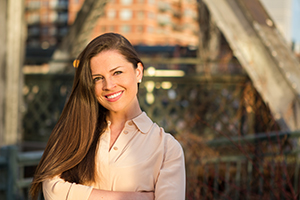 Emily Nunez Cavness is the CEO and Co-Founder of Sword & Plough, a veteran-owned, socially conscious company that repurposes military surplus, works with U.S. manufacturers that are owned or partially operated by veterans and donates 10% of profits to veteran initiatives. Cavness graduated from Airborne School, served in the 4th Engineer Battalion, deployed to Afghanistan, was the first female intelligence officer to serve in 10th Special Forces Group, and was one of the first 100 women to try out for the U.S. Army’s Ranger Training Assessment course. Business Insider named Sword & Plough one of the Top 20 Most Inspiring Companies of 2014 and Cavness was named a Forbes 30 Under 30 Fellow and White House Champion of Change. 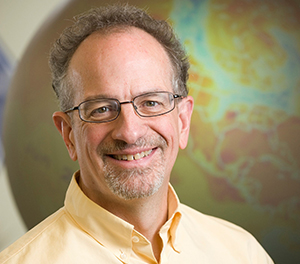 Scott Denning is Monfort Professor of Atmospheric Science at Colorado State University. Professor Denning also serves as Director of Education and Diversity for the Center for Multiscale Modeling of Atmospheric Processes, working to enhance understanding of global climate through K-12, undergraduate, and graduate study as well as informal education and public presentations. In addition to using global satellite imagery, his research has included extensive field work in the great north woods of Wisconsin, the farms of Iowa, and the Amazon rainforest. He has authored approximately 100 publications in the peer-reviewed climate literature, is a former editor of the Journal of Climate and served for five years as founding Science Chair of the North American Carbon Program. 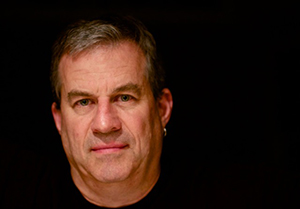 Sam Quinones is a journalist, storyteller, former LA Times reporter, and author of three acclaimed books of narrative nonfiction including Dreamland: The True Tale of America’s Opiate Epidemic, the 2015 National Book Critics Circle Award Winner for general nonfiction.The book chronicles the opiate crisis that took hold in Portsmouth, Ohio and how the town came together to address the dependency and work toward economic and social revitalization. Dreamland was a finalist for the L.A. Times Book Prize and on over a dozen “Best Books of 2015” lists. Quinones spent 10 years with the A Times and has also published in National Geographic, Pacific Standard magazine, the New York Times, Los Angeles Magazine, and other outlets. 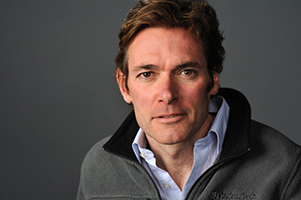 Marc Edwards is the Charles Lunsford Professor of Civil Engineering at Virginia Tech. His research group’s work laid the groundwork for uncovering the 2001-2004 D.C. Lead Crisis and the 2014-2016 Flint Water Disaster. The White House awarded Professor Edwards a Presidential Faculty Fellowship in 1996 and he won a MacArthur Fellowship in 2007. In 2013 Edwards’ was only the ninth recipient of the Institute of Electrical and Electronics Engineers Barus Award for “courageously defending the public interest at great personal risk.” In 2016 he was named amongst TIME Magazine’s 100 Most Influential people in the World, the World’s 50 Greatest Leaders by Fortune Magazine, Politico Magazine’s Top 50 visionaries who have transformed American politics, and Foreign Policy Magazine's 100 World’s Greatest Thinkers.

Craig Childs is a renowned author of more than a dozen critically acclaimed books about the relationship between humans, animals, landscape, and time. These include, Apocalyptic Planet, which won the Orion Book Award and the Sigurd F. Olson Nature Writing Award. His work has appeared in the New York Times, Los Angeles Times, Men's Journal, and Outside Magazine. He has also won the Ellen Meloy Desert Writers Award and the Rowell Art of Adventure Award. Lauded as an adventurer and desert ecologist, he lives off the grid in Colorado. He currently teaches writing for both the University of Alaska in Anchorage and Southern New Hampshire University. (http://www.houseofrain.com/)

Timothy O’Brien is an award winning American writer recognized for his writings about the Vietnam War. He completed a tour of duty from 1969 to 1970 as a foot soldier with the 46th Infantry in Quang Ngai province and received a Purple Heart. His major works include The Things They Carried and Going After Cacciato. The Things They Carried is a blend of memoir and fictional stories about soldiers’ experiences during the Vietnam War. His many awards include a Guggenheim fellowship, a National Book Award, an award from the American Academy of Arts and Letters, the James Fenimore Cooper Prize for Best Historical Fiction, the Pritzker Military Library Literature Award, and two National Endowment for the Arts fellowships. 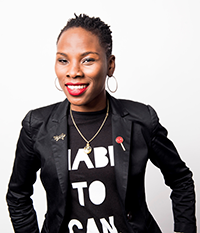 Luvvie Ajayi is an award-winning writer, speaker and digital strategist whose passion for social justice lead her to co-found The Red Pump Project, a national nonprofit organization that raises awareness about the impact of HIV/AIDS on women and girls as well as works to decrease the stigma around this disease. In 2010, U.S. House of Representatives entered Red Pump into the Congressional Record. Ajayi is a contributing editor and columnist for TheGrio and has written for XOJane, Essence, EBONY, Huffington Post, Clutch Magazine and Uptown Magazine. Her first book, I’m Judging You: The Do-Better Manual, will be published in fall 2016. (http://luvvie.org/). 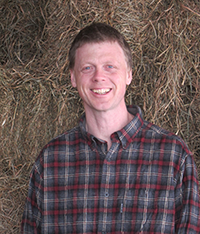 Ben Hewitt, author of the acclaimed The Town That Food Saved and Making Supper Safe, writes and farms in Northern Vermont. His writing demonstrates how regionalized agriculture and food production holds the potential to reinvigorate our bodies, communities, and economies. Hewitt’s work has appeared in numerous national periodicals, including the New York Times Magazine, Wired, Gourmet, Discover, Eating Well, Men’s Journal, National Geographic Adventure, Outside, and many others. He and his family live in a self-built home that is powered by a windmill and solar photovoltaic panels, and tend a menagerie of animals, including cows, pigs, sheep, and chickens. (https://benhewitt.net/)