I am currently a tenured Professor of Political Science specializing in international relations. I received my M.Phil. Ph.D degrees from the Graduate Center of the City University of New York. I also earned two M.A degrees, on in International Political Economy and Development (IPED) and the other in Education from Fordham University. In addition, I also obtained a B.A. in philosophy and Religious Studies (Magna Cum Laude) from  Pontifical Urban University, Rome, Italy. Before joining the Faculty at the University of Wisconsin-Whitewater in 1996, I was a Visiting Scholar in the United Nations Institue for Training and Research , (UNITAR), New York and Assistant Professor in Marist College, Poughkeepsie, New York. I have also obtained a number of awards and fellowships including The CUNY Graduate Center, Post-Doctoral Chancellor's Fellowship (1995-1996), the National Endowment for the Humanities (NEH) (1998), University of Wisconsin System (UWS) Institute for Global Studies Fellow (1999-2002), University of Wisconsin System (UWS) Teaching Fellow (2002-2003), Whitewater Teaching Scholar (2003-2004) and L&amp;S College Excellence in Research Award (2014). 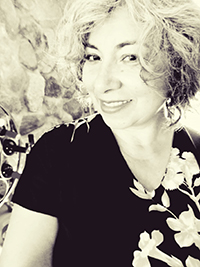 Pilar Melero is a professor of Spanish and Latin American/Latinx literature at the University of Wisconsin-Whitewater. She has published three books: Mythological Constructs of Mexican Femininity (New York, Palgrave/Macmillan, 2015), La casa de Esperanza: A History (NCLA/LA Casa de Esperanza, 2011), and From Mythic Rocks.Voces del Malpáis (LAGO Ediciones, Monterrey, Mexico, 2010). A fourth book, Discover Waukesha—a third-grade history book, is pending publication. Recent publications include three entries in the Encyclopedia of
Milwaukee, on the history of Waukesha County, the City of Waukesha, and the Town of Waukesha (Ed. Amanda Seligman, UW-Milwaukee, online publication and University of Illinois Press.) Her peer-reviewed publications on Latina, Latin American literary criticism and cultural studies, have been published in the U.S., Mexico, and Puerto Rico. Her poetry, short stories, plays, and photography have appeared in anthologies in the U.S., Mexico, Puerto Rico, and Spain. Her poem, “And Sometimes Even in English”, is pending publication on The Anthology of Immigrant and First  Generation American Poetry, an anthology that benefits RAICES, the non-profit helping Central American Refugees and their children detained in the U.S. Mexico border. A former journalist, Dr. Melero’s articles and other newspaper work has appeared in TheWaukesha Freeman, The Milwaukee Journal Sentinel, and The El Paso Herald Post. Dr. Melero has presented her work at more than 50 regional, national, and international conferences, and has given more than 30 invited talks at universities and in other venues throughout the United States. 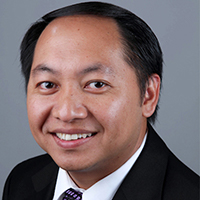 Nengher N. Vang is an associate professor in the History Department.  He received his Ph.D. in History from the University of Wisconsin-Twin Cities and his M.A. in Peace Studies from the University of Notre Dame.  He teaches courses in American history and Race & Ethnic Studies, including the Vietnam War, American foreign relations and empire, Hmong Americans, Asian American history, Introduction to Race & Ethnic Studies, and American immigration history.  His research focuses on the history and politics of Hmong Americans who came to the United States as refugees from Laos after the Vietnam War.  His teaching and research interests are grounded in his experience fleeing from persecution after the Communist takeover in Laos and living in two refugee camps in Thailand before coming to the United States in the late 1980s.  He has published articles in Amerasia Journal, Hmong Studies Journal, and Social Movement Studies.  His latest publication is a book chapter on the legacies of America’s secret war in Laos in Beyond the Quagmire: New Interpretations of the Vietnam War by the University of Texas Press. He is currently working on a book on the history of Hmong displacements and homeland politics. 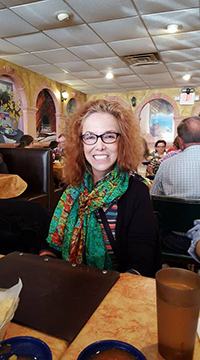 Maria Elena White, MS
Maria Elena White has been teaching for 28 years in different areas such as Chicanx Studies 150, Introduction to U.S. Latinx Literature 202 Beginners Spanish, Intermediate Spanish, and Advanced Spanish language study, Translation Cross- Cultural & Human Communication, Sociology, Modern Dance and Theater. She also hasbeen doing speeches, cultural presentations, and intercultural communication workshops for 20 years. Professor Maria Elena White is a former dancer, a professional performer, and storyteller. She had her own theater company where she used to write the scripts, choreography, and direct her own plays. Because of her contribution to the Hispanic community in Beloit, she was featured in the Digital Collection “Somos Latinas History Project,” directed by Dr. Teresa Arenas, Associate Professor at the University of Wisconsin-Madison, in collaboration with the Library-Archives Division of the Wisconsin Historical Society. Through interviews and personal archives, the Wisconsin Historical Society will create the “Somos Latinas” Collection for use by the public, and the raw footage of my interview was housed in the national Chicanas Por Mi Raza, password secure, website for use by approved scholars in 2015 Ms. White also received an Special Award for the Spanish digital newspaper La Voz de Beloit, for which she work as editor, by The Latino Service Providers Coalition Board of Directors in 2016 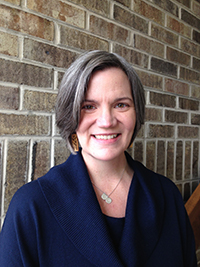 Dr. Katie Elliott is an Assistant Professor of Educational Foundations at UW-Whitewater. I am also an affiliated faculty member in Race and Ethnic Studies and Women's and Gender Studies. I am broadly interested in school culture, identity, intersectionality, and youths experiences in schools and society. My research and teaching include an emphasis on the recognition and operation of systems of privilege and exclusion and how these influence policy and practice in schools. I pay attention to how diverse students experiences school; how these experiences are mediated by intersecting identities; and how students work to transform their school cultures through advocacy and activism. I explore these issues in the courses I teach, including, Introduction to Education and Teaching, Foundations of Education in a Pluralistic Society, Paradoxes and Promises: Critical Issues in Urban Education, and Youth Culture Formation: Race, Gender, and Sexuality.

Dr. Rossitza Ivanova began teaching at UW-Whitewater in the fall of 2011, as a First Year English instructor in the Department of Languages and Literatures. Subsequently, she has held joint appointments in the English Language Academy, and has developed and taught courses for international and domestic ESL students at UWW. She also teaches a course in American Indian Literature (334) for the Race and Ethnic Studies Program, and has contributed to the development of the RES American Indian Minor. Her educational background includes an MA in ESL from her home university in Bulgaria, an MA in Gender Studies and a PhD in Contemporary American Indian Literature from Warwick University, UK. She has published articles on contemporary American Indian women writers and on teaching ESL at the university level. She enjoys travelling, reading, gardening, biking, and time with family and friends. 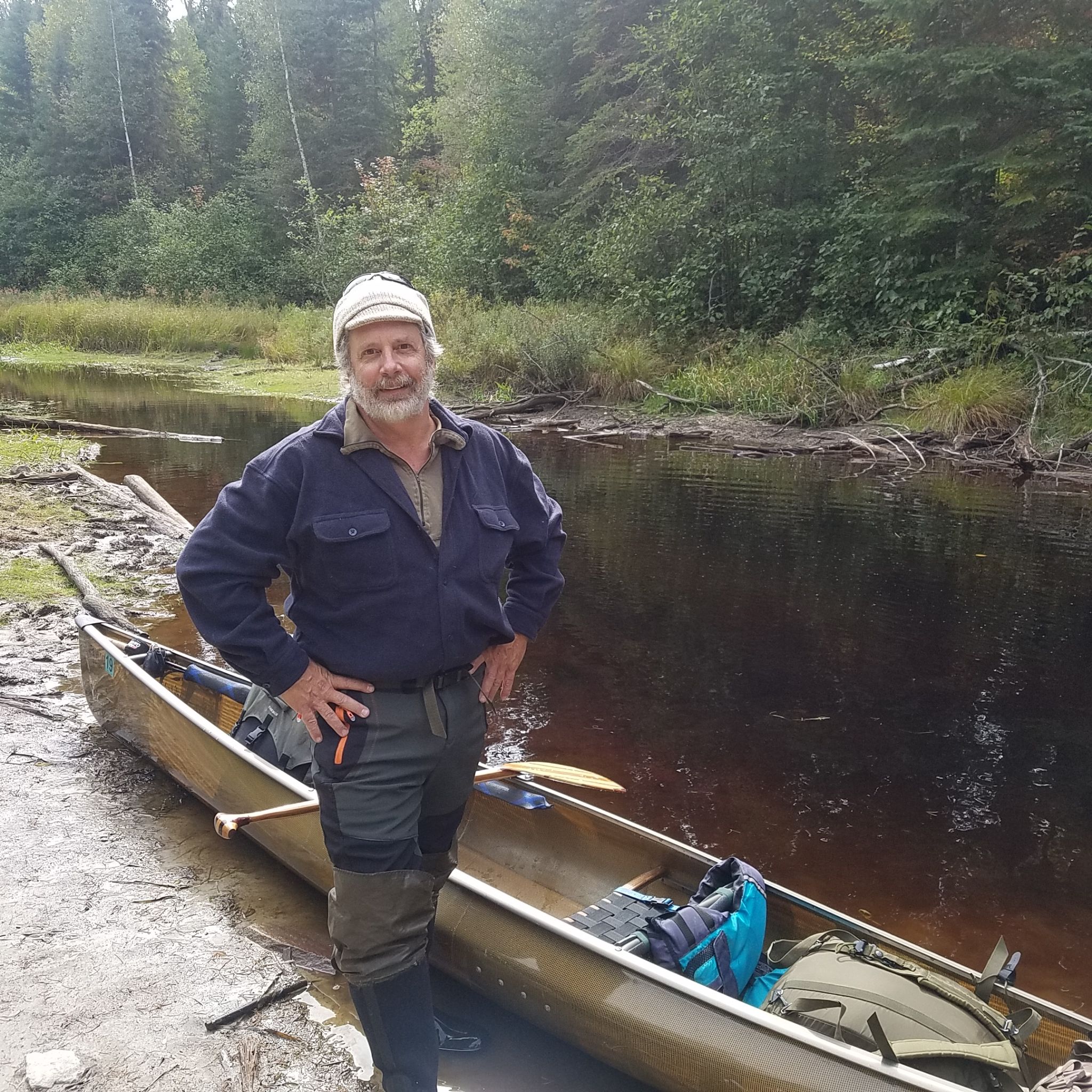 Anthony Gulig, originally from Sheboygan, Wisconsin, received a Ph.D. in History from the University of Saskatchewan in 1997. He teaches courses in American and Canadian history, Indigenous history and environmental history. When not in the classroom or the archives, you'll find him in the woods, on the water, or tending a trap line in southern Wisconsin.

C. Holly Denning is in her 10th year as an academic staff instructor in the Department of Sociology, Anthropology and Criminal Justice at the University of Wisconsin-Whitewater. She also teaches for the Race and Ethnic Studies Program. She is completing a doctoral program in Sociology at Boston College where she received her M.A in 1993 in social justice. Her research interests include applying restorative justice models to social and environmental disasters.  She has published on Hurricane Katrina, environmental racism and restorative and community justice.  She was instrumental in setting up a Peace and Justice Studies minor at UWW and she is a co-coordinator for Earth Week events.  She teaches Individual and Society, Race and Ethnic Relations , African American Community, American Indian Studies, Introduction to Peace and Social Justice, Environmental Sociology, Gender, Ethnicity and the Environment, and Restorative Justice.