In the decades since, Jordan has built an international reputation for consistently original, successful, and newsworthy designs, artwork, and ideas. These have been included in books, magazines, newspapers, internet articles and blogs, museum and gallery exhibitions, auctions, and both public and private collections worldwide.

Learn more about JMA at http://www.jordanmozer.com/

"Love in the Chroma Zone"

For over 20 years Jordan Mozer has explored the complexities of human relationships through paintings, drawings and sculptures that give form to genetics, gender, love, and identity.

“Love in the Chroma Zone” can be traced to a series of sketches commissioned by Mick Jagger for a series of Rock opera sets and props Jordan imagined for the Rolling Stones. Some of these elements were transformed in subsequent projects, including “Herzblut” and “East” in Hamburg, Germany and at a hotel in Times Square in New York for Bill Marriott.

In the latest iterations, the "Love in the Chroma Zone" incorporates meditations on genetics and the accelerating transformation of ideas about the gender spectrum and sexual expression. The project will engage UWW students in assisting Jordan to realize a variety of two- and three-dimensional artworks and creating a narrative environment at Crossman Gallery in Whitewater. 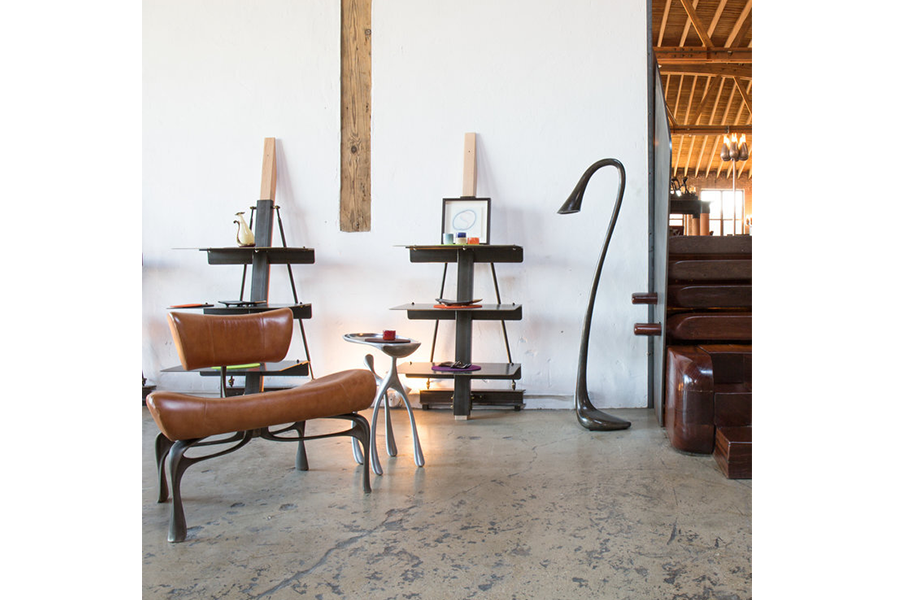 The Program begins with a trip to Chicago to tour the studios of Jordan Mozer + Associates Limited (JMA). Included in the day will be presentations about the conceptualization and realization process of JMA projects with real life examples to view in the studio. Later in the day, the collaborative “Love in the Chroma Zone” project will be introduced.

Monday, March 7 at 7:00 p.m.
Young Auditorium
Artist Jordan Mozer will give a public lecture detailing his processes of conceptualizing and realizing various projects at different scales and introduce the “Chroma Zone” project.

To join us for this free event, please rsvp here 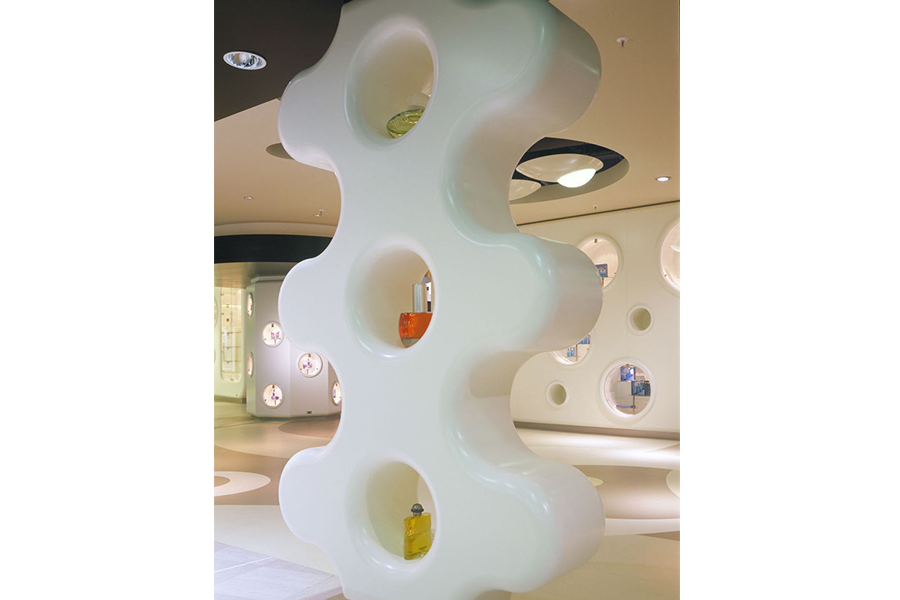 Tuesday, March 8 - Friday, March 11
During his residency, Jordan and a JMA team member will work with faculty and students to complete three simultaneous “Chroma Zone” projects that include: murals scaled to the exhibition space, the finishing and base making for six full sized sculptures, and the finishing of (24) 12” tall cast sculptures. 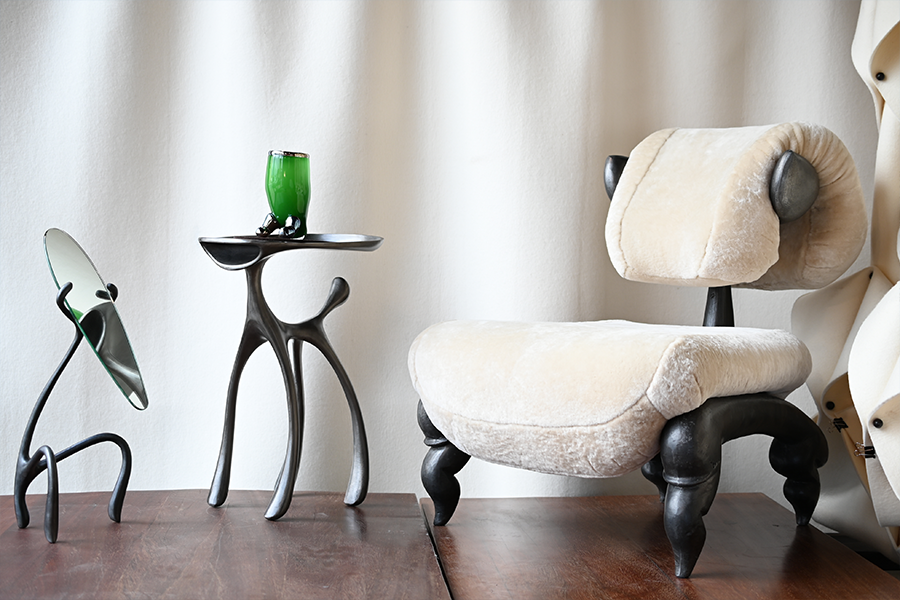 JMA is responsible for richly imagined public art works throughout North America, Asia and Europe. These include immersive, walk-in sculptures which sometimes take the form of hotels, entertainment venues, restaurants and outdoor spaces.

To infuse projects with narrative consistency, idiosyncrasy and personality JMA creates all of the design components in Chicago, employing socially and environmentally sustainable materials and methods.

The three principals of Jordan Mozer and Associates, Limited have worked together for 30 years. 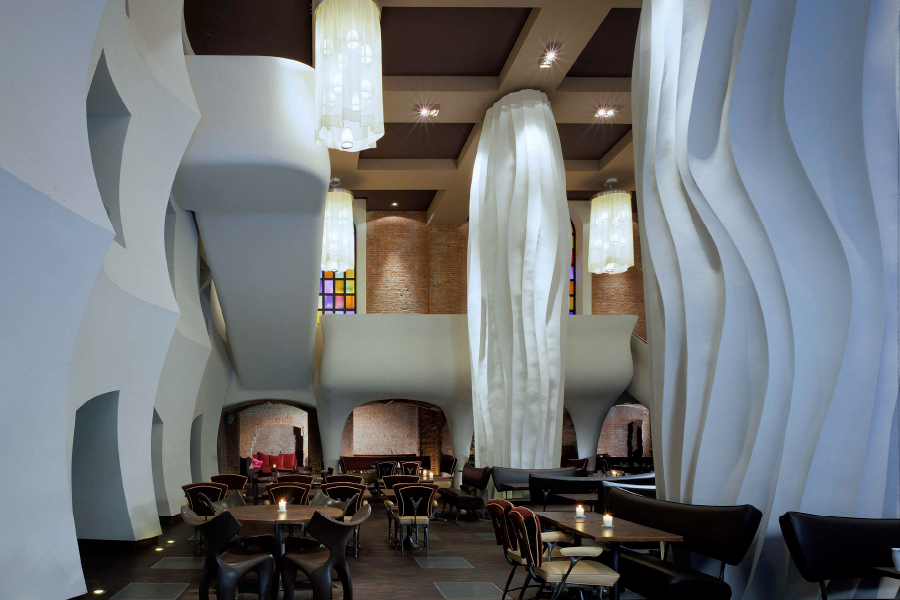 East, a boutique hotel, restaurant and bar in Hamburg Germany, was created from the ruins of an old iron foundry. Almost every architectural component was created using foundry images and techniques to evoke the feeling of a Westerner in Asia for the first time.  East has received numerous awards for design and business in the U.S., England and Germany. 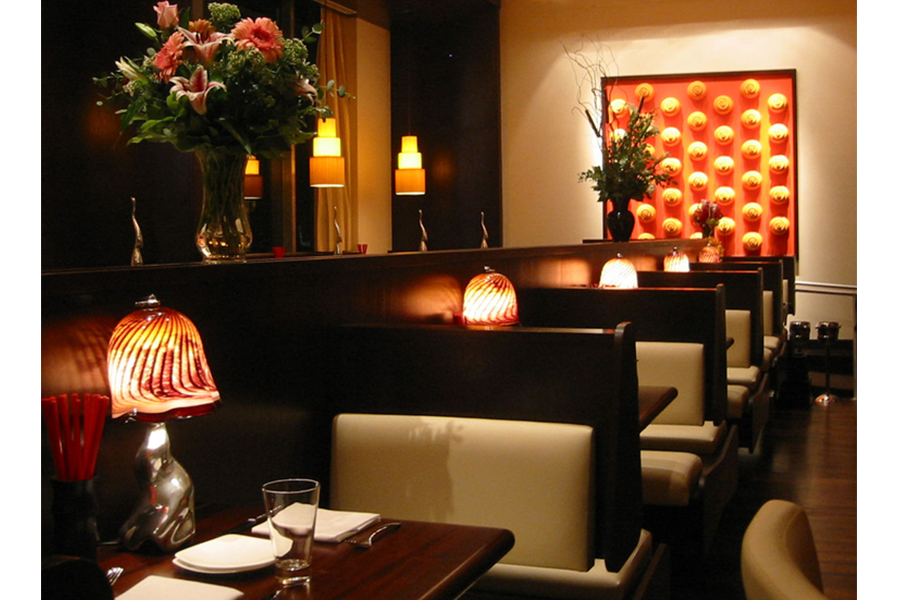 Karstadt is a 475,000 square foot prototypical department store near Düsseldorf, Germany, based upon JMA’s work for Disney and Universal Studios, Steve Wynn and the Venetian.

Learn more about the Karstadt project 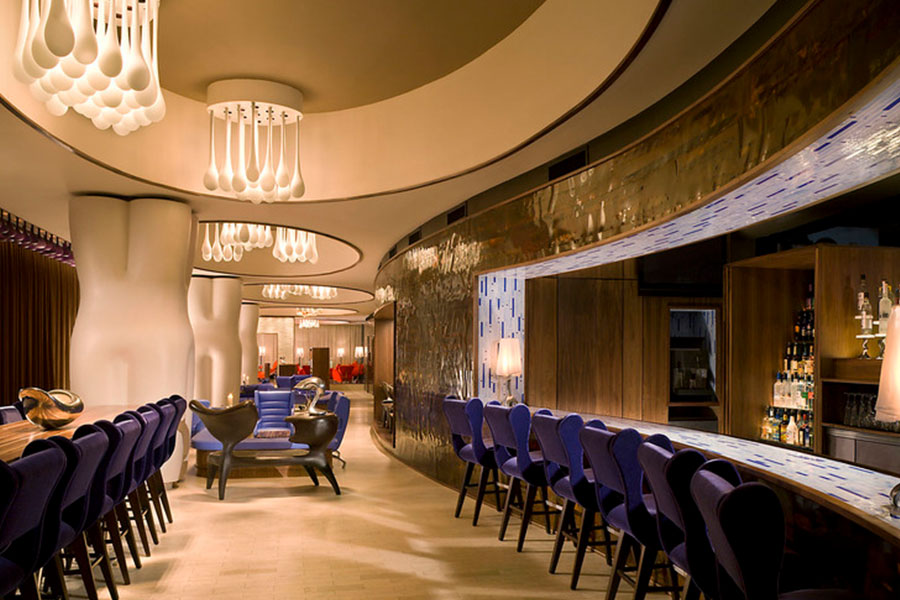 The brief was to create a provocative site-specific public space for an old hotel overlooking Times Square from the north. The project scope included the development of the following new spaces: at the ground floor, a new canopy, ground floor façade and entry, a ground floor lounge, a reception space and an elevator lobby. 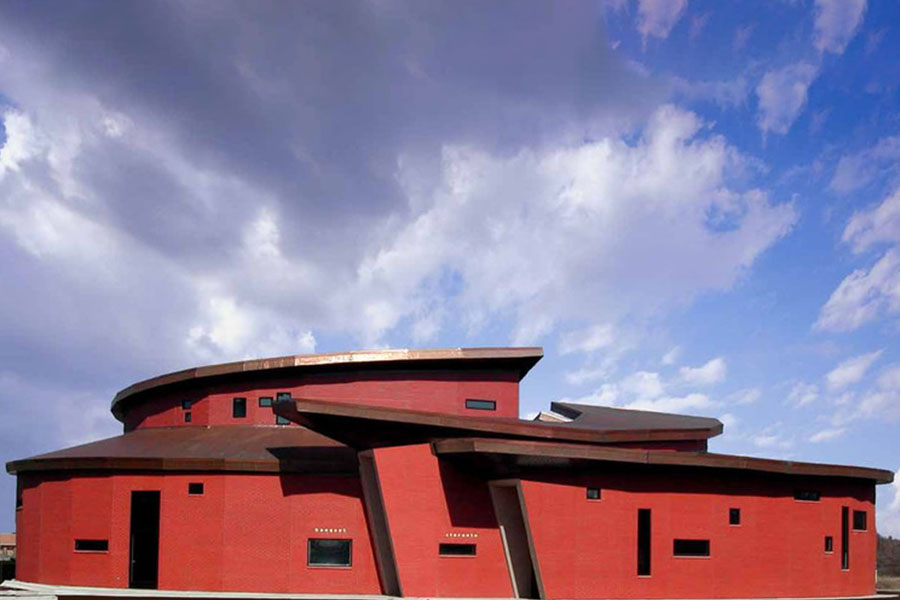 Gamba Ristorante, a new restaurant building composed of brick and copper centered upon an interior courtyard located just outside Chicago. 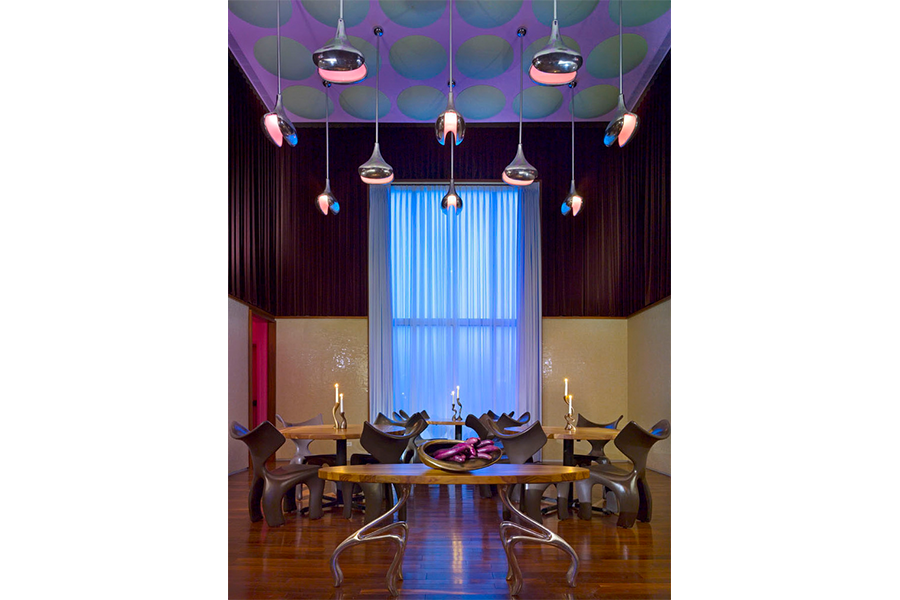 Bob San, a pop American-Japanese restaurant, lounge and bar in Chicago’s young Bucktown neighborhood, inspired by creatures celebrated by Jacques Cousteau and dined upon in Japan. 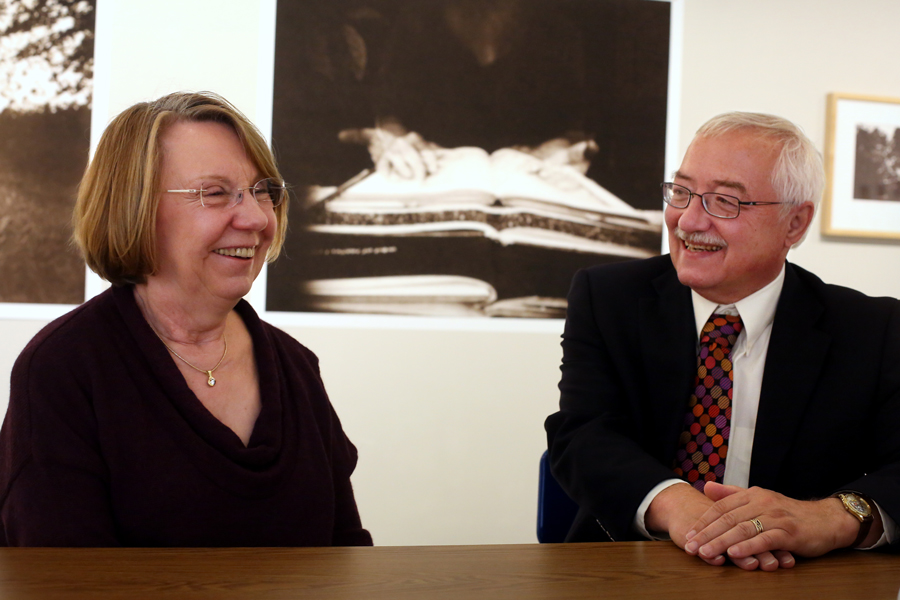 A $1 million gift from alumna Annette (Derge) Schuh '71 and her husband Dale supports an annual visit of a visual artist of a significant stature to campus.