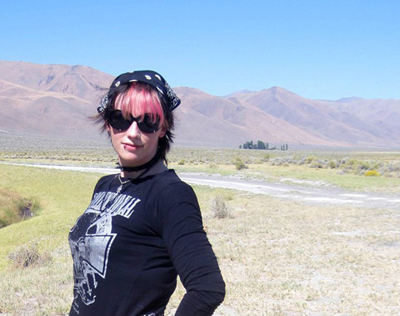 Geology students are working across the country this summer as they move their rock and fossil research out of the laboratories at the University of Wisconsin-Whitewater.

One paleontology student, Rhiannon LaVine, won a prestigious paid internship at the Smithsonian Institution's Natural History Museum, where she is analyzing evolutionary changes of a fossil snail.

It was the second Smithsonian natural history internship won by a UW-Whitewater student in the last three years, a record that matches such schools as Yale, Harvard and the University of Delaware, said Rex Hanger, an associate professor of geology at UW-Whitewater and chair of the department.

Paleontology is a specialized discipline usually found at large research universities, but students from UW-Whitewater are prepared to conduct valuable research, he said.

"We have facilities here and instruments now that are as good as you would find at larger universities," Hanger said. Paleontologists study plant and animal fossils to learn about prehistoric life.

LaVine, a senior from Twin Lakes, enrolled at UW-Whitewater as an art student, but took Hanger's introductory course and switched majors. She's working in the Smithsonian's Department of Paleobiology. She said 18 natural history interns were chosen from about 400 applicants.

"I absolutely love what I'm doing,'' she said. 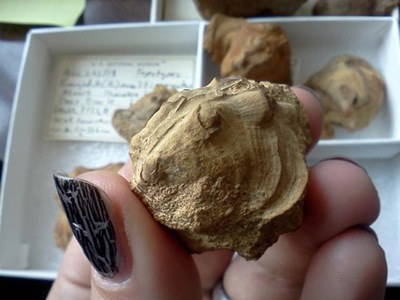 For students like LaVine, the Smithsonian internship offers valuable research experience and networking opportunities for a professional career with the next generation of paleontologists, Hanger said.

Other paleontology interns are working this summer at the Pioneer Trails Regional Museum in Bowman, N.D., and at the Mammoth Site in the Black Hills of South Dakota.

Former paleontology students from UW-Whitewater are doing well in jobs in industry, government and environmental sciences, Hanger said, and many are pursuing advanced degrees. The last Smithsonian intern from UW-Whitewater, Kristi Adams '08, is enrolled in a Ph.D. program at Michigan State University, he said.

The Warhawk rock hounds are among 14 undergraduates conducting research this summer. Other students are looking into subjects as diverse as media bias in Sarah Palin coverage, bullying policies of schools and how a new strain of flu spreads. One student is studying opera in Italy; another is creating a community dance program in Land O' Lakes in northern Wisconsin.

Another 25 UW-Whitewater students received undergraduate research awards in the spring competition, primarily for projects that will begin this summer and continue in the 2011-12 academic year.

LaVine is also blogging about her experience.