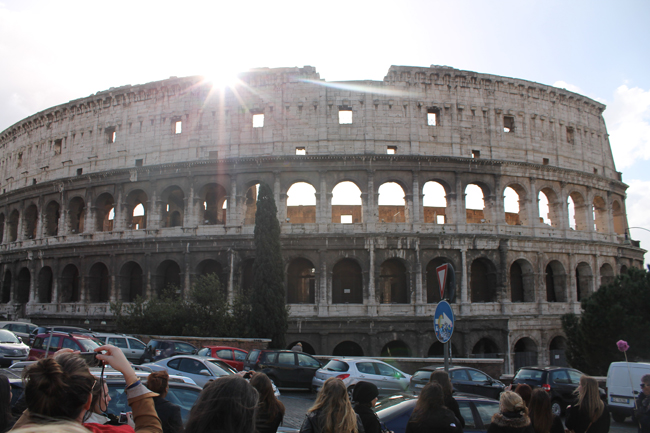 Six students expanded their horizons from UW-Whitewater to the world this academic year by winning competitive U.S. scholarships to study in other countries.

They received Benjamin A. Gilman International Scholarships, sponsored by the U.S. State Department to broaden the population of young Americans who pursue international study. About 2,300 students receive scholarships each year.

Two UW-Whitewater students with Gilman Scholarships spent the fall semester abroad, in Japan and the Dominican Republic, and four more are studying this spring in Italy, Japan, Germany and Australia.

"It was amazing,'' said Zachery Hill, a senior from Beloit who studied at Kansai Gaidai University in Japan last fall with a Gilman Scholarship.

Hill is an economics and finance major who applied for the scholarship with the same intensity he brings to running his own sealcoating business and holding two part-time jobs.

"I was probably in the study abroad office nearly every day.  I really chased it,'' he said.

The Gilman Scholarship winners are among about 300 UW-Whitewater students each year who pursue global experiences, including faculty-led academic trips, international internships, student teaching placements and programs for a semester, year, summer or winter break.

Dan Colleran, a global experience coordinator in the Center for Global Education at UW-Whitewater, said an international experience changes students.

Hill studied Japanese, learned about Taoism and Buddhism, and took a global communications class with many international students. "It just makes things a lot more challenging,'' he said. "You have to develop more patience and acceptance and not judge things from the first glance."

He also climbed Mount Fuji, visited the Hiroshima Peace Memorial, roomed with a student from Montreal and enjoyed exploring Japanese food and international cuisine whipped up by his new friends. 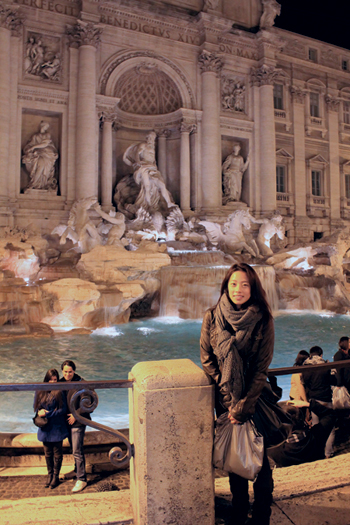 This semester's Gilman Scholarship winners received awards ranging from $2,500 to $3,500 to help support their trips.

One student, Milliam Lor (pictured right), a senior from Milwaukee, is studying at the Florence University of Arts in Italy.  She's an international studies major with a business emphasis.

"Going abroad was the best decision I've made so far!'' she said in an email message from Italy. "I want to become aware of the world, one country at a time. I want to experience the differences and embrace them.''

Another student studying abroad now is Mitchell Rankin, a senior marketing major, who won a Gilman Scholarship to attend Murdoch University in Perth, Western Australia. He reports that he's having "interesting and eye-opening experiences'' even before academic classes begin.

"This semester abroad should help me gain a more in-depth understanding of various other cultures and how I may be asked to interact with people from around the world in a business setting," he said.

Other Gilman Scholarship winners from UW-Whitewater are Felicia King, a senior sociology major who went to the Dominican Republic last fall; Shia Lee, a senior English major who's in Japan this semester; and Samantha McFarland, a general business major now studying in Germany.

Colleran and a colleague, Mikaela Auerbach, have served as national reviewers for applicants seeking Gilman Scholarships, which helps them advise UW-Whitewater students on crafting their essays, Colleran said.