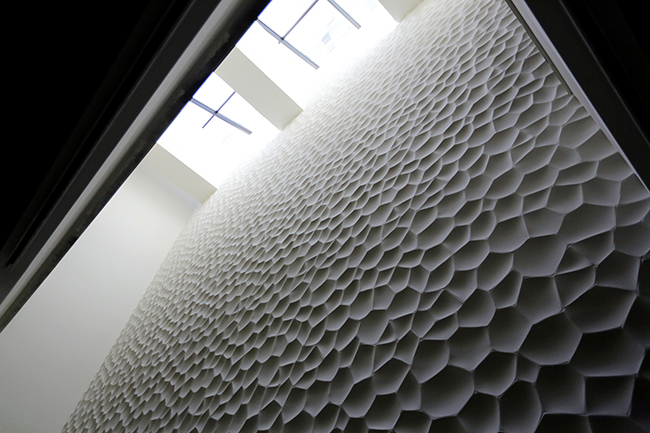 A gleaming building at UW-Whitewater whose name reflects the region's ancient geology has won recognition for its modern sustainability features.

Laurentide Hall, named for the ice sheet that once towered over the area, has received LEED certification for its energy-saving systems, indoor air quality and waste reduction and recycling.

LEED stands for Leadership in Energy and Environmental Design, the rating system of the U.S. Green Building Council that certifies achievements in the design, construction and operation of buildings.

Environmental recognition for Laurentide is especially gratifying because UW-Whitewater has a new environmental science major and hopes to use the building as a showcase for students, said David Travis, dean of the College of Letters and Sciences.

As associate dean, he oversaw the $18 million project that transformed Carlson Hall, built in 1972, into a new home for about 175 faculty and staff members of the college. It also includes study spaces for students and room for student organizations.

"We really had to make a complete transformation of the building in both the way it looked and the way it treated the environment,'' Travis said.

Laurentide's energy performance has been estimated to be 24 percent lower than the baseline of the national code for energy efficient design. About 83 percent of the project's construction waste was diverted from landfills through a waste reduction and recycling program, and renovation crews salvaged 86 percent of the existing structural frame and shell.

"It's much, much less energy-intensive,'' he said. "It's one of the biggest environmental impacts we're having.''

Even small changes, such as air dryers instead of paper towels in restrooms, contribute to the building's sustainability and make it a clean, environmentally friendly workplace, he said.