Food and farming writer to speak on sustainability at UW-Whitewater 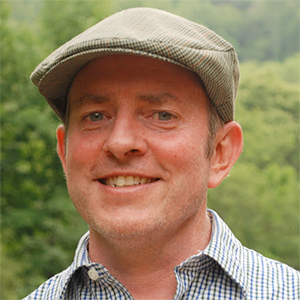 Tom Philpott, a farmer and national food writer, will speak at UW-Whitewater on "Back to the Future of Agriculture: Steps Toward a Robust Food-Economy and a Sustainable Society."

His appearance at 7 p.m. Monday, Feb. 17, in Young Auditorium is part of the 2013-14 Contemporary Issues Lecture Series at the university.  All lectures are free and open to the public.

Philpott is the cofounder of Maverick Farms in Valle Crucis, N.C., and writes the "Food for Thought" blog for Mother Jones magazine.

"His lecture will give us interesting insight into the food economy and the future of sustainable agriculture,'' said Susan Johnson, assistant dean for student success in the College of Letters and Sciences and coordinator of the lecture series.

Philpott has been a columnist and editor for the online environmental site Grist and his articles about food politics have appeared in Newsweek, Gastronomica and the Guardian.  He serves on the board of advisers of the Sustainable Food Center, based in Austin, Texas, as well as on the board of Chef's Collaborative, a Boston-based group that encourages sustainability in the restaurant business.

Before moving to his North Carolina farm in 2004, he was a financial journalist in Mexico City and New York.  In September 2008, Food and Wine magazine called Philpott one of 10 innovators who "will continue to shape the culinary consciousness of our country for the next 30 years."

For more information on Philpott and the two remaining lectures in the 2013-14 series, see www.uww.edu/cls/about/lectures. Lectures will be presented at 7 p.m. on March 10 and April 21.