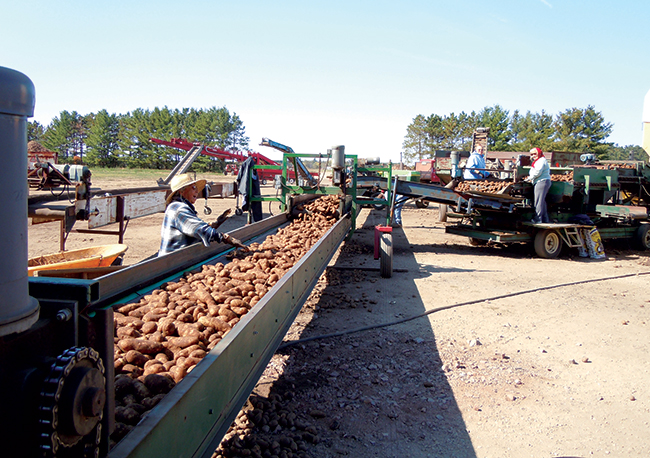 As farmers across Wisconsin are digging up potatoes -- and consumers are enjoying them baked, fried and mashed -- a new study has revealed the crop's substantial economic impact.

The report, by the Fiscal and Economic Research Center at the University of Wisconsin-Whitewater, analyzed data from government agencies and growers associations. In calculating the economic impact, researchers considered not only direct effects of the potato industry, but also indirect effects on others, such as suppliers and workers.

Russell Kashian, professor of economics and principle researcher of the study, said that because all aspects of the potato industry's production take place in Wisconsin, spuds have a particularly impressive economic impact.

"Not only is the planting and harvesting of potatoes an important component of Wisconsin's economy, we also process, clean, grade and package the potatoes," Kashian said. "In addition, through transportation, we deliver the potatoes to market through warehouse and grocery store deliveries."

Wisconsin is the third-highest grower of potatoes in the United States, second only to Idaho and Washington. In 2013, the state harvested 2.6 billion pounds.

Production is concentrated in the central sands region in the Wisconsin River watershed. Sandy soil conditions -- which allow for an earlier planting season -- are responsible for the high yields in this region. Portage, Waushara, Langlade and Adams counties top the list of potato-producing counties.