MMA fighter and poet Cameron Conaway to speak on campus 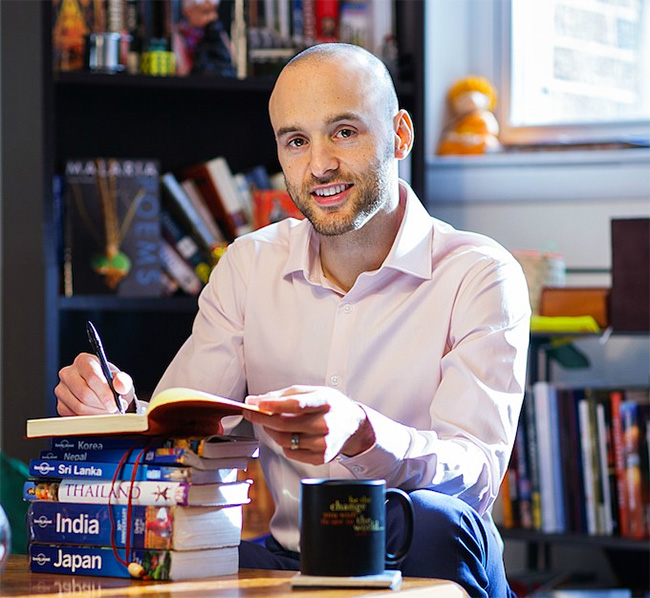 Former mixed martial arts fighter and award-winning poet Cameron Conaway will make his presentation, "Bare Knuckle Warrior Poetics: On Fighting, Writing and the Worlds Between" at UW-Whitewater on Monday, Feb. 29, at 7 p.m. in the Young Auditorium.

"Cameron Conaway brings such a diverse set of experiences and a compelling personal story that he will be able to connect with many different groups of people," said Susan Johnson, assistant dean of the College of Letters and Sciences. "He will share his unique story of how he got involved in mixed martial arts, which led him to poetry and now to advocacy."

Conaway, a creative writing instructor at Penn State Brandywine, has published several books, including "Malaria, Poems" -- the first full-length book of contemporary poetry about malaria's impact on the world -- and one of only five poetry collections to make NPR's "Best Books of 2014" list.

Dubbed "The Warrior Poet" by a mentor for his pursuit of both martial arts and the written word, Conaway's work has appeared in publications such as Newsweek, The Guardian, The Huffington Post and ESPN. In 2011, he spearheaded the social justice section at the Good Men Project. In addition to teaching, Conaway currently serves on the editorial board at Slavery Today, a multidisciplinary journal of human trafficking solutions.

The Contemporary Issues Lecture Series is sponsored by UW-Whitewater's College of Letters and Sciences and is co-sponsored by the School of Graduate Studies and Continuing Education.