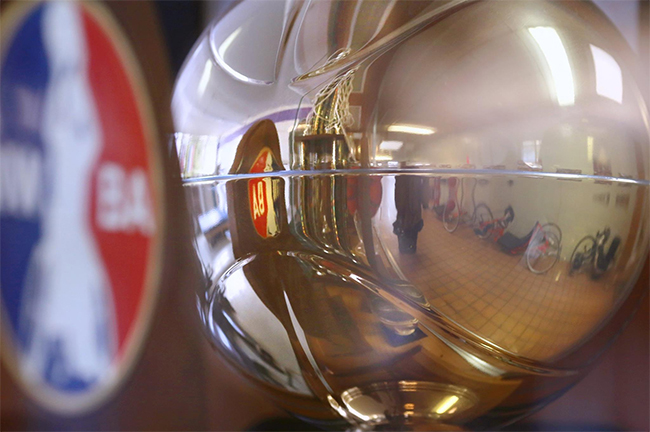 Basketball trophies reflect a hallway and conditioning room in Roseman Building where the UW-Whitewater wheelchair basketball teams practice and work out. Photo by Craig Schreiner

The Warhawks chased perfection, and ended up 27-0 on the season after defeating the University of Alabama 73-55 at the National Intercollegiate Wheelchair Basketball Association championship March 12, in Edinboro, Pennsylvania.

Derrick Bisnett, a senior from Bismarck, North Dakota — who scored 32 points in the game, had 17 assists and eight rebounds — was named the tournament's most valuable player. 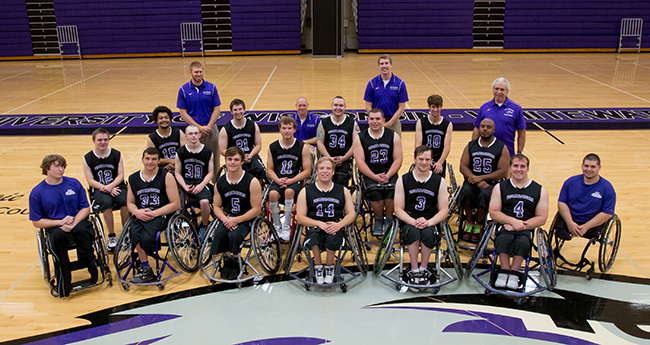