A journey together: Professionals are pioneers in DBA program

Late on a Friday afternoon, 18 mostly middle-aged adults settle in around a U-shaped table to begin what will be an intense weekend of work — just when most people are starting to wind down their workweek.

"Most of you are hitting your milestones," he says, encouragingly, and then reviews the packed schedule. Over the weekend, students take courses in functional areas such as management, marketing and accounting and use the latest software to learn statistical techniques.

The participants in this demanding program have all stepped out of their daily lives for 72 hours to reach for a professional milestone that has been out of their reach. Their stories are as varied and rich as the possibilities their doctorate degrees will unlock. 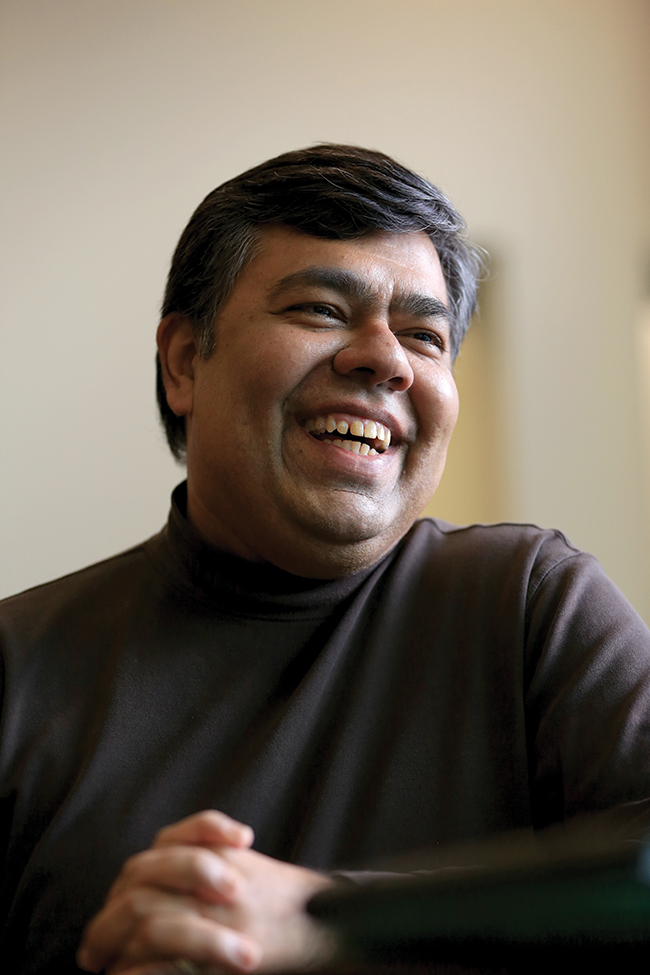 His role as head of innovation at Accuity, a division of Reed Elsvier, an Anglo-Dutch multinational publishing and information company co-headquartered in London and Amsterdam, takes him all over the world. But what Henry Balani likes best about the DBA program is that he can sit side-by-side with his high-school-age kids at home in Skokie, Illinois, and study.

He did his research when he was looking for a doctoral program. He spent a whole year, looking at programs all over the world.

"I had to ask myself ‘why am I doing this?'" he said. "I don't need it to advance my career. I'm doing it for a love of learning, to be able to think in a different way."

Balani chose the DBA program because he was sold on the idea of completing it in three years, while most other doctorates take up to six years.

"I asked them how they can ensure that," he said. "It's because we start with our research idea from the very beginning and we are promised the staff and resources to do what we need to do."

Balani wants to apply the academic rigor he attains in the program to a real-world problem: money laundering. At Accuity, banks are his main clients. After finishing his degree he hopes to develop a mechanism to better measure money laundering as a means to control it. 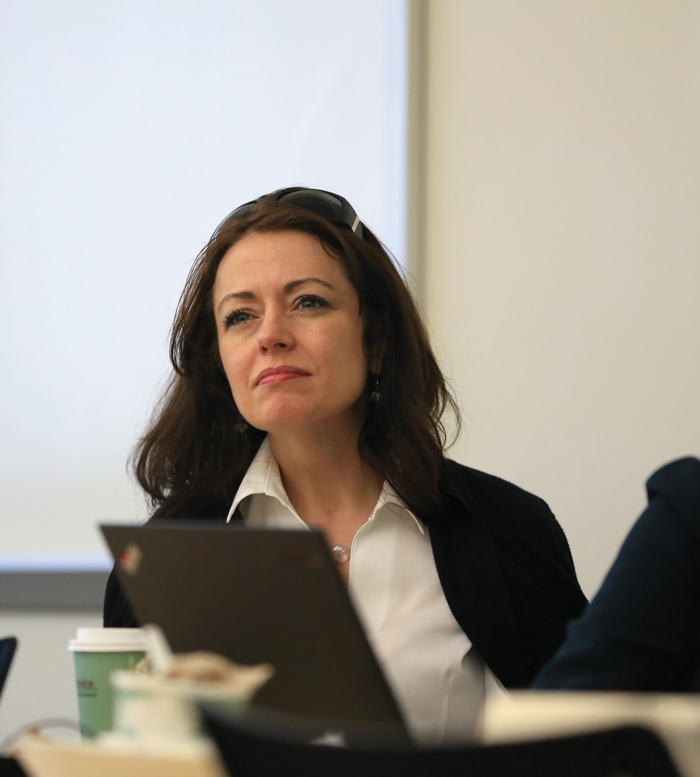 "My number one priority was whether the program would be fully accredited — that it was AACSB-accredited — and focused enough to get me to my goal of a job in the academic community," said Angel Chatterton.

When the Peoria, Illinois, resident and former bank president looked into a number of DBA programs — including Georgia State University and Case Western — of all the programs, UW-Whitewater's stood out.

"The difference was a sense of entrepreneurship," said Chatterton. "The rest felt stagnant."

Chatterton wanted a hybrid program that would include experienced colleagues she could benefit from doing research with, and she had tough questions before she signed on to the course. "How can you guarantee that we can do this in three years?" she asked.

After Parboteeah convinced her it was doable, she made the commitment. Chatterton, who admits the first semester was especially challenging, once spent 17 hours on a single statistics assignment composed of just eight questions.

She anticipated the program would be an extension of her professional practice, allowing her to go deeper into the field of accounting. Instead, she found herself studying academic content across disciplines, some of which she'd never been exposed to before. No one was more surprised than she when she found herself applying a seminal concept in market behavior to her knowledge of forensic accounting. Chatterton, who is still developing the skills to read academic papers, suddenly felt the "light bulb start to pop."

"It's a broader base of knowledge and so much more rich" than she had expected.

Her ultimate goal is to specialize in forensic accounting, and her dream job would be to have a small practice that allowed her to teach and to continue to do research in the field.

Chatterton considers the members of the first cohort to be "pioneers." She said, "We want to represent the program well."

All the professors are down-to-earth and welcoming, she adds.

"They understand what you are going through and are here to guide you. They offer encouragement, but they also have standards." 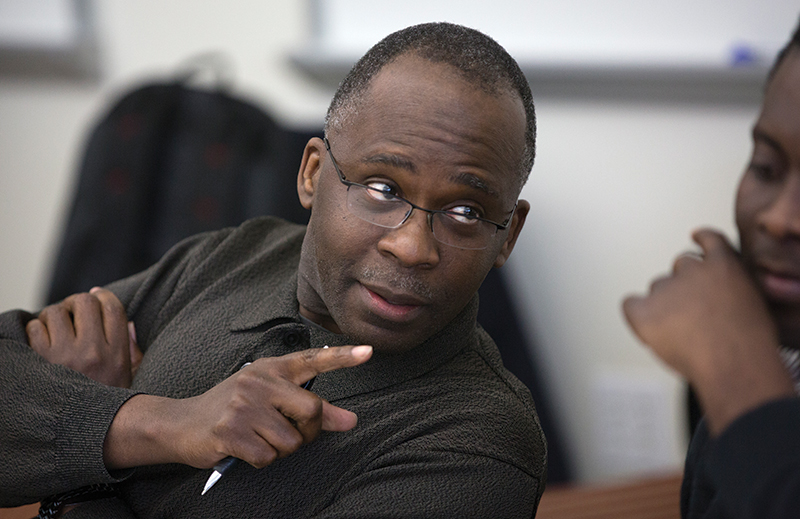 Michael Chitavi was looking for a DBA program that was part time yet didn't require him to dedicate five or six years. In assessing UW-Whitewater's program, he focused on faculty and facilities.

"You have world-class facilities here," he said. "And advanced faculty."

The main driver for him was research, so he also likes the fact that "they preached proper research methods from day one."

The Chicago resident admits that the amount of work is tough — his 8-year-old daughter asked him "Why do they give you homework all of the time?" — but says he's found a rhythm.

The biggest challenge has been access, because of cost, to the data sets that would allow him to conduct his research on milliseconds of soybean trading futures. Chitavi picked soybean — specifically soy crush, which is a mixture of soybean and soy meal and oil — to better understand high-frequency trading and its impact on agriculture. The question he hopes to answer is, "How can we help support farmers by better understanding the crush?"

Chitavi ultimately hopes to author a book, and expects the program will teach him how to write with more confidence. He appreciates the diversity of the cohort — that colleagues bring in other disciplines like health care and veterans affairs, and that they, too, have ambitions.

"We can have a journey together."

The Delaware native is a Buckeye from Ohio State who now lives in Louisiana. Along the way he served in the military, flying an F-117 and navigating an F4. When he retired from the Air Force as a full colonel, he sat down to take stock.

"In 2025 I'll be 65," he said. "What do I want to be doing?"
Good, who has an MBA and a master's degree in national security strategy, sat down with his wife to come up with 20 areas he is interested in, from medicine to becoming a CPA to getting a Ph.D. in financial planning.
The answer was that he wanted a business of his own providing consulting services in safety, risk and information systems security. To get the tools he needed, he wanted to learn how to do doctoral level research and understand how things work at a nuts-and-bolts level.

He didn't want his education to be completely theoretical — he wanted to build things, to work collaboratively to solve problems. Researching options, Good found UW-Whitewater's fledging DBA program and decided to take a closer look.

He came to a dissertation proposal workshop in March 2014 and developed the key question: "Why and how do strategic leaders make the decisions they do?"

Since he began the program, he has come across research that has changed the way he does his job. Without the DBA program, he wouldn't have known how to access or understand the research.

"Regression analysis is really hard," said Good, referring to the practice of using historical data to inform and understand future behavior. "But last Friday, I was looking at a study and I suddenly thought, ‘hey, that line is the result of a regression analysis!'"

Good says his boss is happy, because the organization is already seeing benefits from his education. Good feels the DBA program has already opened doors for him to special projects because of what he has learned, and, as importantly, because he can better articulate what he's learned.

Next, he hopes to apply the analysis methods he is learning to better understand the human factor in rollover mishaps in people who maintain and inspect missiles — a problem that appears to be seasonal.

Good speaks highly of the between-session support he receives, with regular video meetings to check on progress, and admits the program is challenging. He spends 35 to 40 hours a week studying and said he was told that students could expect to work four hours a night at the beginning and then taper down to two hours every night.

"I haven't seen a two-hour night yet," said Good. 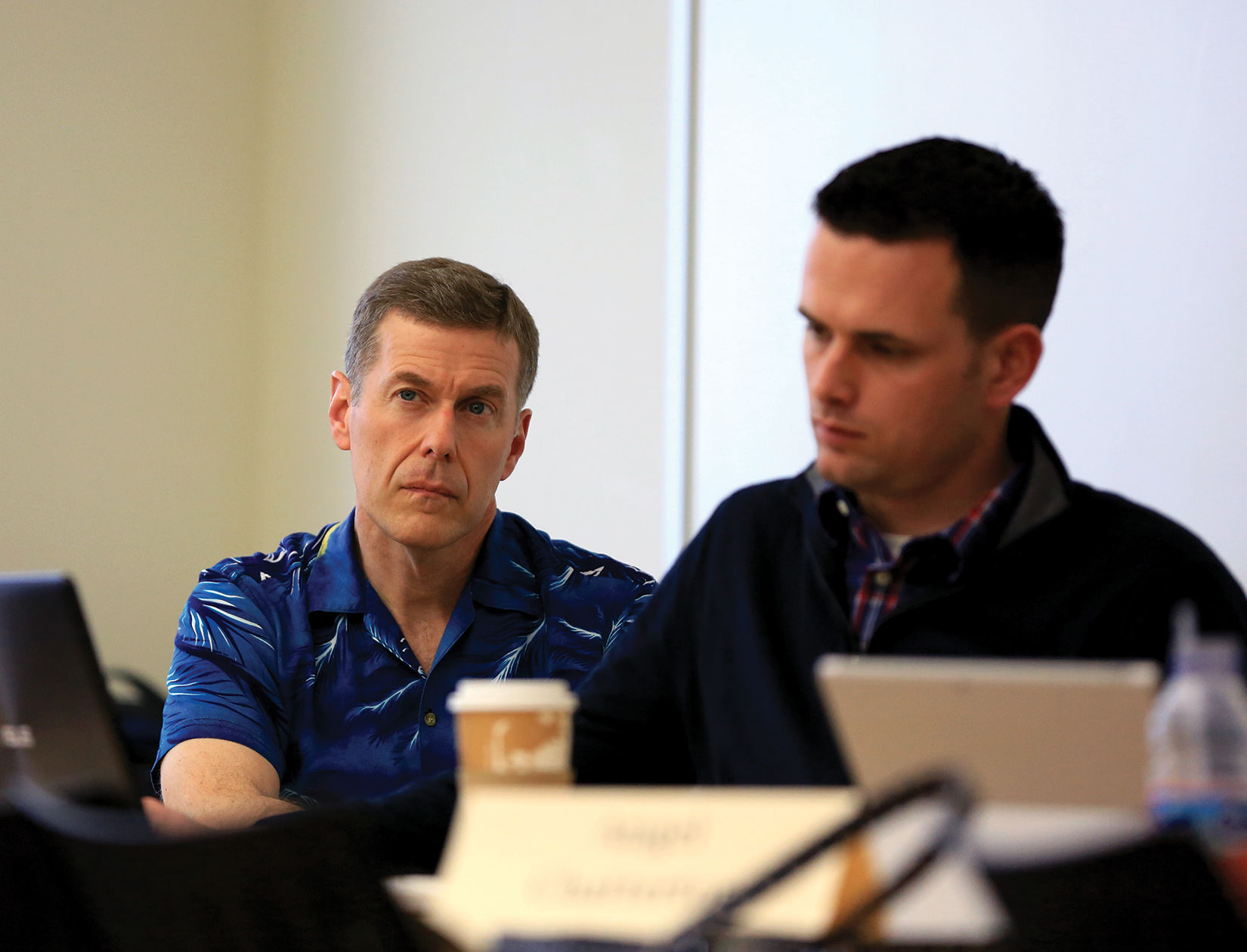 AARON KINNEY
Aaron Kinney, a father of two whose youngest was born two months into the DBA program, likes the program because of its schedule and proximity — he can commute from his home in Oconomowoc.

He also likes that the class helps him to understand research better. His focus is on leadership within the healthcare industry and for Kinney, who works with the Medical College of Wisconsin, accessing data won't be a problem. Still, it's "learning a whole new language," he says, referring to research methodology. "It's like a guild. It's painful."

Kinney is a veteran who is able to use the benefits provided by the Post-9/11 GI Bill to fund his education.

The veteran found the UW-Whitewater DBA program as he was researching options, and it's already opened unexpected doors. Kinney, who has never taught, has been asked to teach an introduction to health care management class at the Medical College of Wisconsin.