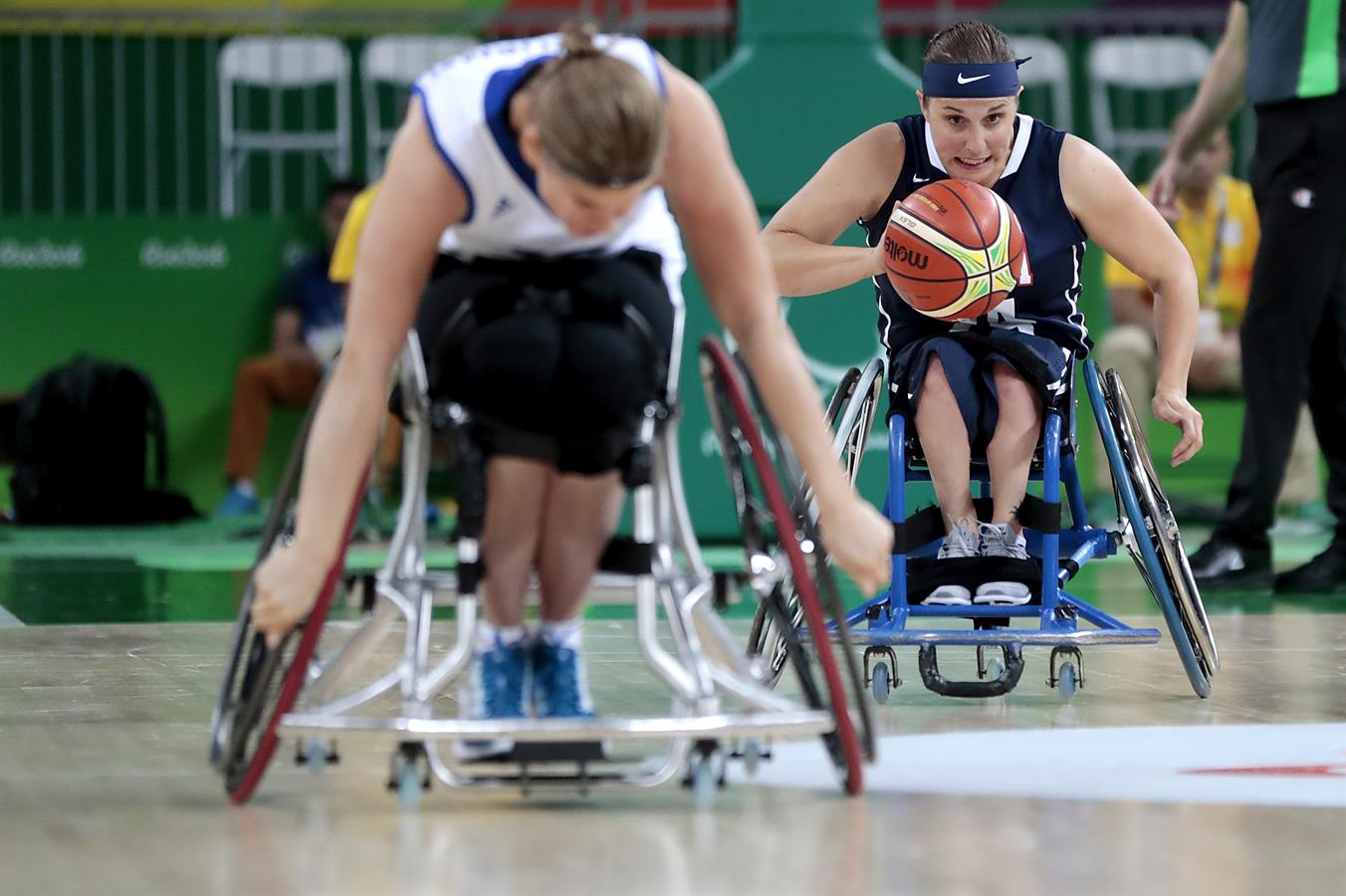 Athletes from the University of Wisconsin-Whitewater represented the United States, Germany and the Netherlands in the 2016 Paralympic games in Rio de Janeiro, Brazil, September 7-18. Twelve athletes returned home with medals.

All of the medals came in wheelchair basketball, where the Team USA women and men earned a gold-medal victory sweep for the first time since 1988. The German women's team finished with silver, and the Netherlands women won bronze.

Christina Schwab, head coach of the UW-Whitewater women's wheelchair basketball team, continued her Olympian experience with the U.S., winning her third gold medal. Prior to Rio de Janeiro, Schwab played basketball in Sydney in 2000, Athens in 2004 (gold medalist), and Beijing in 2008 (gold medalist).

Rebecca Murray, a 2014 graduate, shot 33 points in the championship game against Germany. Her baskets accounted for more than half of Team USA's points. Murray was on fire throughout the game and on top of her impressive point scoring, she shot 60 percent from the field and had eight rebounds along with six assists. 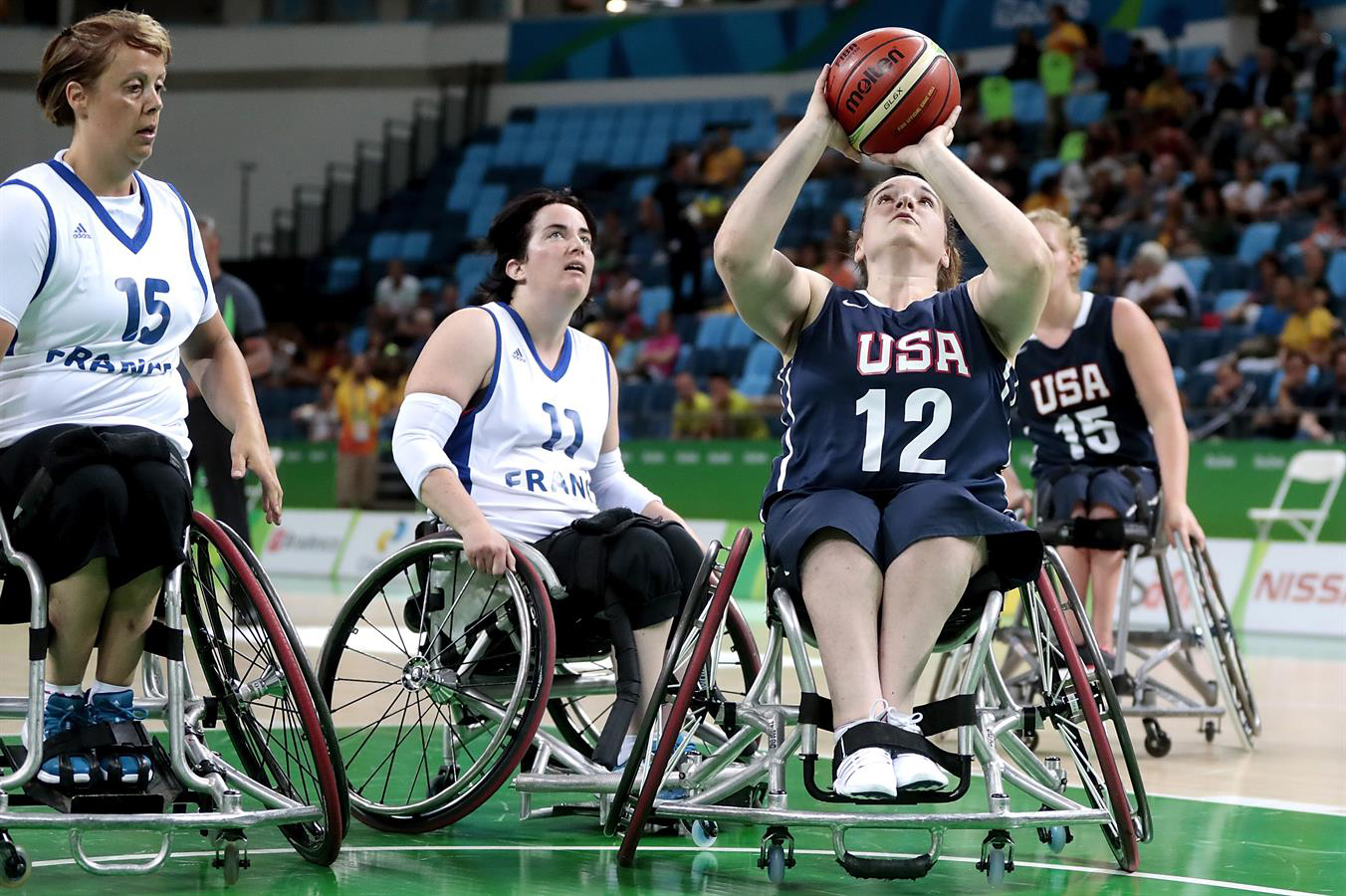 "The key to the team's success in Rio was the chemistry between the players," Murray told the Paralympics News Service. "We have great friendships on and off the court."

Other Warhawks who played a role in the 62-45 victory include alumna Vanessa Erskine, Kearstin Gehlhausen and Desiree Miller.

UW-Whitewater graduates Mareike Adermann Miller and Laura Fuerst from team Germany faced off against the five former Warhawks in the quest for the gold. 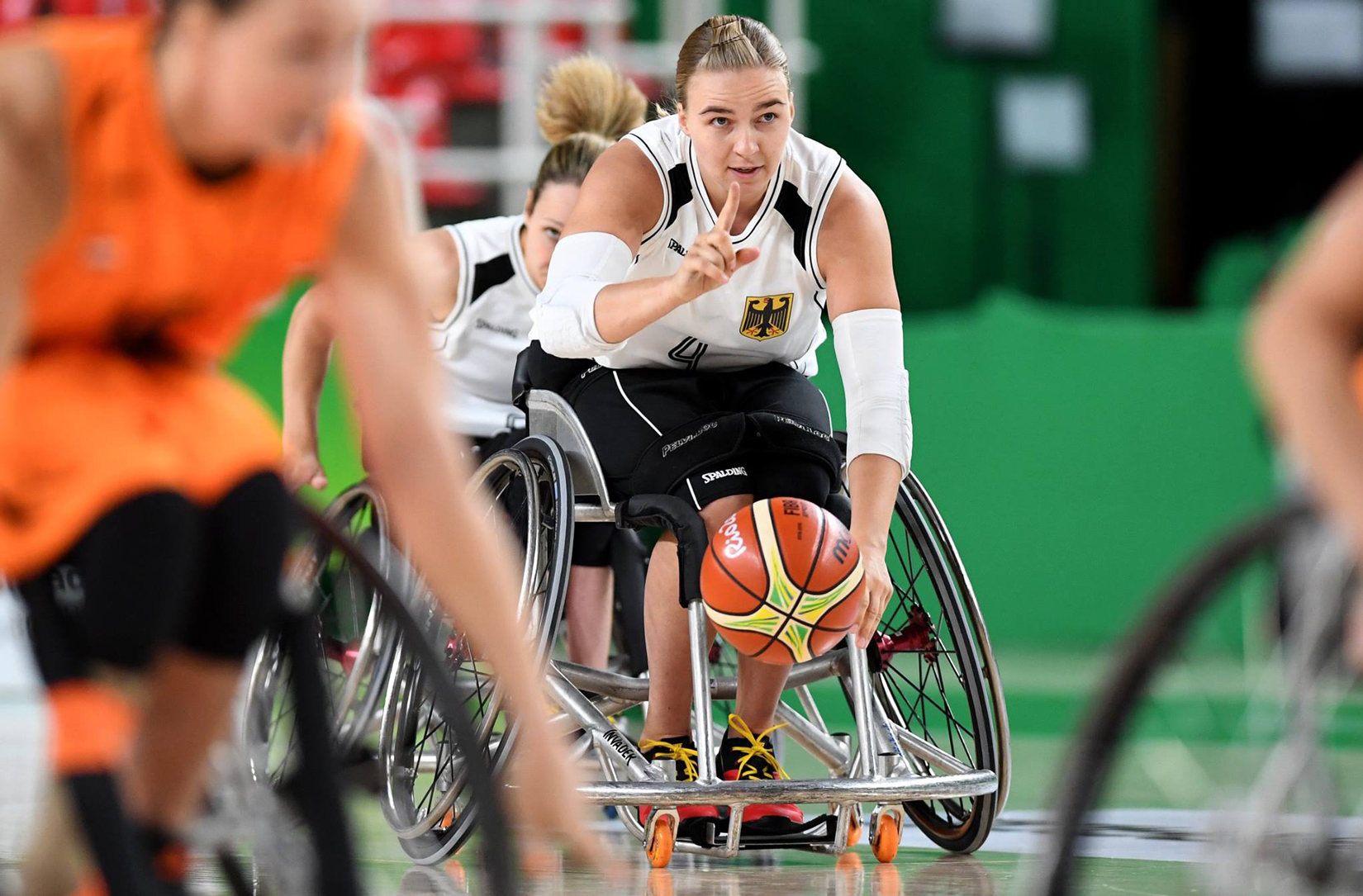 Miller, Germany's star player, started the game off strong with 10 points, but her team was unable to break through the strong gameplay of the USA and took home silver.

The Netherlands received the bronze medal after defeating Great Britain 76 to 34. Warhawk alumna Mariska Beijer and her Dutch team were guided by two F-16s of the Royal Airforce on their flight home. The country continued the celebration with speeches, family time and a parade with the king in Den Haag.

The U.S men's team stood atop the podium the day after the women claimed their title, defeating Spain 68-52.

According to teamusa.org, Williams gave Team USA a boost in offensive energy, hitting a three-point shot to take the lead before halftime to create a gap after a close first half.

"Williams had a great game that's for sure, but it was a team effort to get the win. I couldn't think of a better group of guys that I'd share this experience with," co-captain and three-time Paralympian Steve Serio told teamusa.org.

Williams led Team USA with 20 points and five assists, and while it was a defensive game, the U.S. didn't back down and redeemed their lead in the fourth quarter by outscoring Spain. 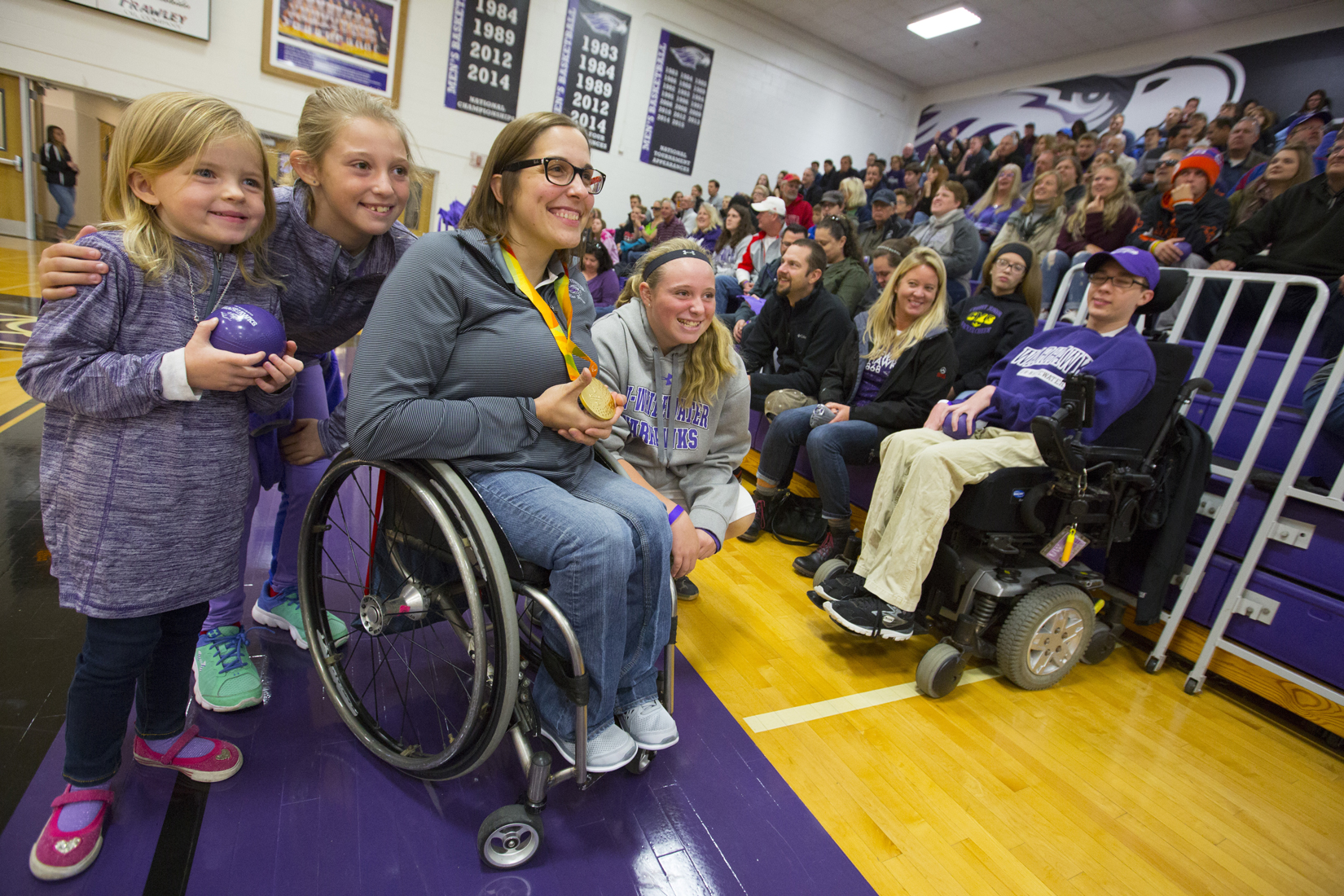 UW-Whitewater head women's wheelchair basketball coach Christina Schwab had many requests to pose for pictures with her gold medal from the 2016 Rio Paralympic Games. Here she is shown with, from left, Adalynn Runke, 4, Madison Golueke, 8, and Abby Golueke, 12. The girls came to visit Emily Golueke, a UW-Whitewater student who is the sister of Abby and Madison, on Saturday, October 8, 2016. Photo by Craig Schreiner.