Fall 2021 Events To Be Announced 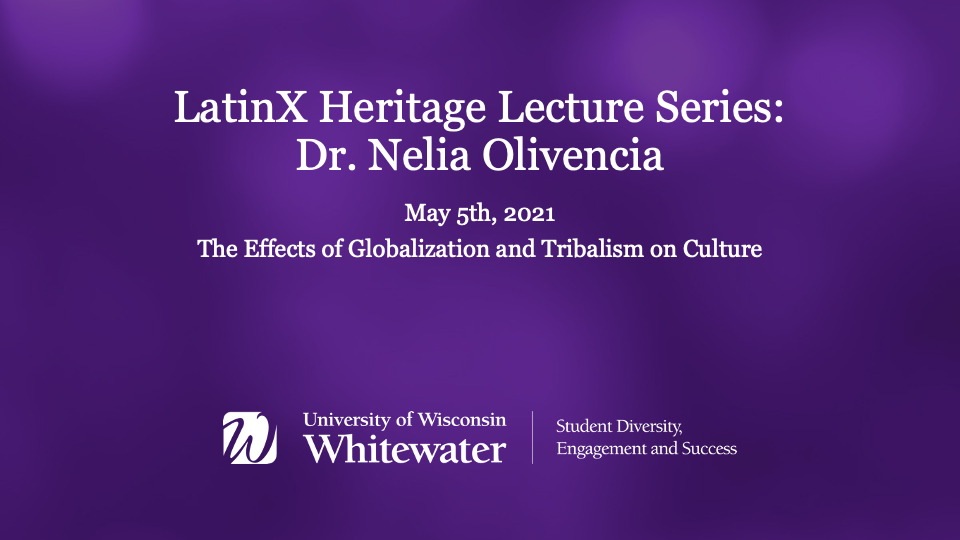 Nelia Olivencia holds a Ph.D. from Washington University (St. Louis), an M.A. and Certificate in Latin American Studies from Washington University (St. Louis) and a B.A. from Brooklyn College of the City University of New York.  She has taught courses at four different universities across the country.  Dr. Olivencia has also held many administrative positions within both Wisconsin State Government and UW-Madison, including but not limited to the Special Assistant on Hispanic Affairs, the Secretary of the Wisconsin Department of Industry, Labor and Human Relations, and the Acting Section Chief in Planning and Program Development in what is now known as Medicaid. At the community level, she served as president of Alianza Civico Cultural for four years in Madison, WI, as a founding member of the Wisconsin Women’s Network, as a member of the Governor’s Commission on the Status of Women and the Governor’s Judiciary Commission, as a founding member and current president of the Wisconsin Women of Color Network, and as a committee member of the Dane County of United Way.  Moreover, she was a member of the Puerto Rican Relief Fund Committee in Madison, WI. Finally, she served on the Executive Board of the national Puerto Rican Studies Association and as the President of the National Association for Chicana and Chicano Studies.