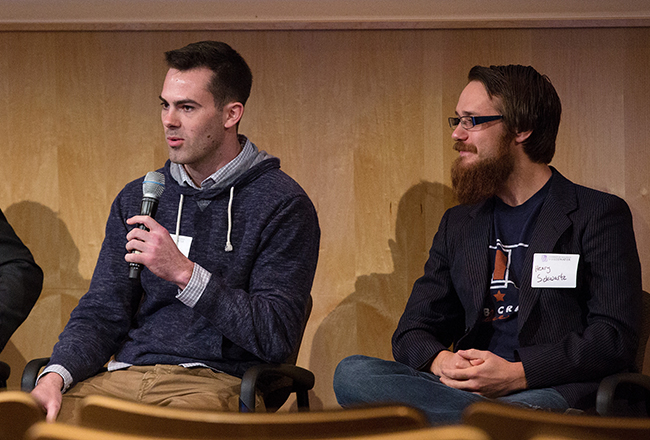 MobCraft Beer taps the creative minds of its customers to develop interesting brews, but sometimes the suggestions it gets are so off-the-wall, the head of the company is a little skeptical.

A beer flavored with salt and grapefruit?

But as Henry Schwartz, a 2011 UW-Whitewater graduate who is MobCraft's owner and CEO, discovered, it pays to listen to your customers.

His company is taking that philosophy to a higher level, applying a crowdsourcing model to the business of brewing. MobCraft's beers are now shipped to 36 states and recently, the brewery was named a first prize winner in the 2014 Wisconsin Governor's Business Plan Contest.

"The notoriety is awesome," Schwartz said. "We are so excited that angel investors feel this is a good plan and believe in what we are capable of.

"It's a great validation as we continue to grow and it's one more thing that gives credibility to our name."

The contest encourages Wisconsin entrepreneurs in the seed, startup and early growth stages of their development.

Winners share more than $100,000 in cash and business services, along with priceless prestige.

MobCraft, which won the advanced manufacturing category, is just the latest venture linked to UW-Whitewater students and alumni to find success in the competitive annual event.

In 2012, Joe Scanlin and Ryan Rist, both UW-Whitewater alumni, impressed contest judges with their innovative start-ups.

UW-Whitewater's success continued in 2013 when sophomore Mitchell Fiene was a second-place finisher for his business, which uses remote-controlled quadcopters to collect crop data. 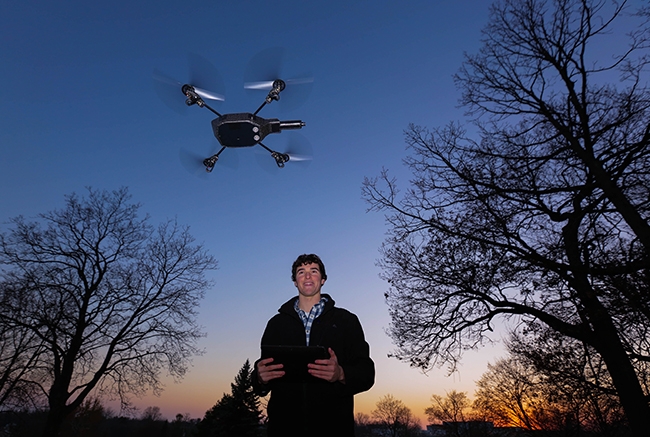 William Dougan, Irvin L. Young Professor of Entrepreneurship in the College of Business and Economics, attributes the university's wins to its capable students, culture of knowledge and acceptance of entrepreneurship as a career path.

"We have leadership that understands the kind of changes that are going on and we help young entrepreneurs to get the resources they need to follow their dreams," Dougan said.

Schwartz, who graduated with a Bachelor of Business Administration degree in entrepreneurship and a bachelor's degree in Spanish, said that lessons he learned at UW-Whitewater are helping his company succeed. He said the award will provide MobCraft much-needed business support as it plans to expand to a new facility.

In the meantime, MobCraft, based in Madison, continues to develop inventive beer flavors with the help of its customers. After customers submit beer suggestions online, MobCraft measures social media buzz and places the four-most popular beers up for a vote. MobCraft then brews and ships the winner, directly to its voting customers.

Schwartz said the wining beers are invariably good, including that beer made with grapefruit and salt.

(top) Joe Scanlin of Scanalytics and Henry Schwartz of Mobcraft talk about their experiences as young entrepreneurs at the United States Association for Small Business and Entrepreneurship event at UW-Whitewater on Monday, May 5, in Timothy J. Hyland Hall.

(lower) As a sophomore, Mitchell Fiene finished in second place in the Governor's Business Plan Contest for his quadcopter and DMZ Aerial business.