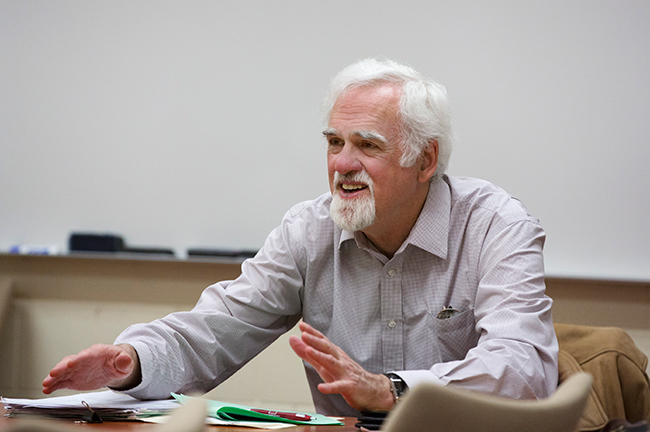 Jim Winship was on his way to El Salvador, a country that's suffered from poverty, civil war and gang violence, when he caught a gentle reminder of where he was going.

Waiting to board a plane in Atlanta, Winship -- a UW-Whitewater professor of social work -- heard laughter.

Winship has developed a strong interest in the people of El Salvador that began in the early 1970s when he was a Peace Corps volunteer. Winship knows that -- despite the challenges they face -- people in El Salvador are ranked among the happiest in the world.

Winship recently published a book, "Coming of Age in El Salvador," that examines some of the challenges facing El Salvador's youth. He also was recently awarded a Fulbright Scholar Teaching/Research award that will take him to Cartagena, Colombia in 2015.

Winship said people in the U.S. should care about what happens in Latin America. Recent news reports about young migrants underline his point.

"Some people call it a flood," he said. "My book is about that, and also about the Salvadorans who aren't here. But we are incredibly interconnected. We are interconnected technologically and economically in ways we haven't been before.

A few years ago, Winship heard author Walter Mosley deliver a lecture on the UW-Whitewater campus. Mosley recounted a conversation he had with youth in Ghana.

"The world knows little about your situation and cares even less," Mosley said.

Those words resonated with Winship.

"It became part of the motivation for writing this book and doing this research," he said. "The idea was to not just understand this reality but to communicate it -- that was the purpose."

In January, Winship will depart for Cartagena. The four-month project is also supported by a UW-Whitewater faculty sabbatical/chancellor fellowship.

In addition to teaching undergraduate courses at the Universidad de Cartagena, Winship will research communities marginalized by armed conflict.

He also plans to produce and leave behind digital educational resources.

"There's a real problem with bibliographic resources in Latin America," Winship said. "Textbooks are expensive and students don't have much money." 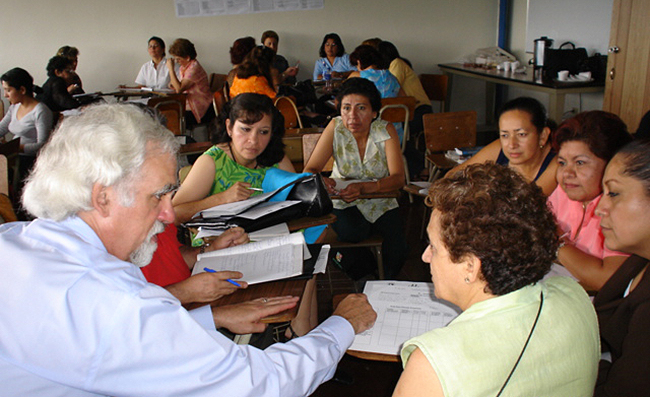 This is Winship's second Fulbright award. His first, in 2005, launched his research in El Salvador. Winship has returned to that country 14 times in the last decade, examining issues related to youth and migration. In August, Winship will return to El Salvador to speak at events sponsored by the U.S. Embassy and the government of El Salvador.

During his research trips, Winship has learned firsthand why studies rank Salvadorans as so happy. He said El Salvador is an expressive country and people have close and strong relationships.

Winship has also learned something about himself in this country of happy people.

"I laugh more when I am there," he said.

Jim Winship will give a presentation on his new book, "Coming of Age in El Salvador," at 7 p.m. Tuesday, July 29, at the Irvin L. Young Memorial Library, 431 W. Center St., Whitewater.