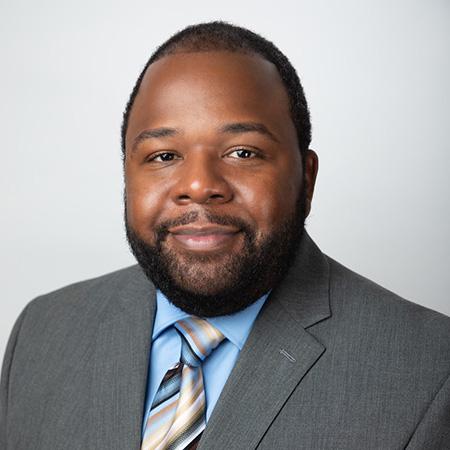 The Milwaukee native struggled in high school after transferring schools. By junior year he found a renewed focus — through a federally funded program that provides an opportunity for students who don't otherwise meet the criteria to go to college — planned to go to a university close to home. Then Richard McGregory called.

McGregory, a close friend of a member of Douglas's family, served as the director of UW-Whitewater's McNair Scholars Program at the time. He urged Douglas to reconsider.

"He told me about the support I would get and the university's reputation for graduating students of color."

Coming to campus was an adjustment.

"It was scary to be at this place alone. I went home every weekend when I was a freshman because I was homesick and very involved in my church. But I came to campus knowing I had something to prove."

During his second semester he got involved in BSU and later the Residence Hall Association and the campus radio station. He changed major seven times and finally graduated with B.A. in speech with an emphasis in broadcasting and a minor in journalism.

"I didn't know what I wanted to do. I had aspirations to be on the radio. But I became passionate about working with young people and college students. Helping others be successful and be fulfilled makes life worth living."

Douglas, who later earned a master's degree in college personnel administration from Concordia University, serves as the director of Graduation Plus College Access and Success Services at the Boys & Girls Clubs of Greater Milwaukee, where he oversees a budget of $1,500,000 and serves about 1,000 students through the Graduation Plus Department to get them to and through college.

And the quote he lives by? "If I can help somebody along the way, then my living shall not be in vain."