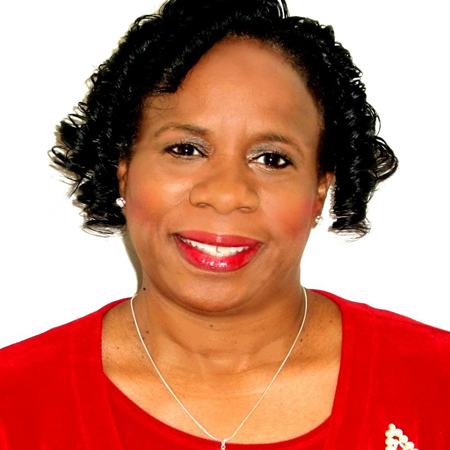 The University of Wisconsin-Whitewater is proud to announce that Regina Carlisle-Williams, who earned a bachelor's degree in business education in 1978, has been selected as the university's Outstanding Alumna for Community/Regional Service for 2020. Carlisle-Williams is a retired legal assistant for Loeb & Herman, S.C., of Milwaukee, where she worked for 40 years.

The award recognizes Carlisle-Williams’ service to others, as evidenced by numerous local, regional and statewide awards citing her outstanding citizenship, her commitment to Milwaukee’s youth through various mentoring programs, and her commitment to the community.

A native of Chicago, Carlisle-Williams attended Kennedy-King College, a community college, for a year, where she was on the honor roll. One of her professors told her about the Ada S. McKinley program, which provides scholarships for high-performing students in community colleges to go to four-year universities. The program came to campus to recruit students, and she was approved to go to Southern Illinois University and Illinois State University, which were between 2 to 4 hours away from where she lived.

“Then an admissions counselor from UW-Whitewater came and asked me whether I wanted to do a campus visit,” she said. “I came with 20-30 other students in the late spring. I was so impressed with the campus. I talked with counselors in McCutchan Hall: they took us under their wings, they asked me what my major was, they told me I’d be a good fit and saw I was a high achiever … they convinced me Whitewater would be a good match.”

“For me it was perfect,” she added. “I was a single mom at the time, and my parents were helping to raise my daughter. Whitewater was only about an hour and a half away.”

“Being a first-generation college student, I had no idea how to adjust to college life or my environment. But staff and faculty helped me to maneuver my way through UW-Whitewater, offering the tutoring, counseling and support I needed.”

In high school Carlisle-Williams had excelled in typing, shorthand, and business education, so she’d continued it at Kennedy King. At UW-Whitewater, she found herself one of only four African American women in the business ed program.

She found her campus home — and began to cultivate what became a lifelong commitment to service, community involvement and social justice — through her leadership roles with her sorority, Delta Sigma Theta, and with the campus chapter of the Black Student Union.

“It was the mid-70s, and I was a Civil Rights baby. I always had a very strong awareness of the African American culture,” she said.

Her facility with shorthand and her leadership abilities meant she was often tapped for board positions. As a result, she soon found herself working with campus leaders.

“Chancellor James R. Conner really pushed for diversity,” she said. “I felt such a kinship with him. He had an open-door policy, and I built a great relationship with him.”

According to Carlisle-Williams, Chancellor Connor worked closely with Black Student Union officers to lay the groundwork to promote more diversity among the faculty and staff and to initiate programs to recruit and retain students of color at UW-Whitewater.

She cites her Greek involvement for further honing her sense of service.

“My sorority, Delta Sigma Theta, requires its members to do public service projects,” she explained. “Although Whitewater was not a community of color, we gave back. We went to Fairhaven and visited with patients there, we sang there at the holidays, and we made cards for them. We also had reading sessions with kids at the public library and visited the Wales Boys Home” — formally known as the Ethan Allen Home for Boys — “to mentor those young men.”

“Those experiences solidified my servant's heart. I can’t thank Whitewater enough for opening that door and allowing me to see things differently.”

After graduating in 1978, she was employed as a legal assistant at Loeb & Herman, S.C. As she built her professional career, she continued to be involved with her sorority and with BSU.

And she continued to maintain her close ties to campus.

“My daughter graduated from there, my deceased husband graduated from there,” she said.  “When I brought my daughter up for a campus visit, it was the first time I’d been back in years. Some of the Warhawk Ambassadors were African American. One girl who gave us a tour was in my sorority! So then she gave me a special tour, after the main tour was over, and we formed an automatic bond. I was impressed with the diversity on campus, and how well the students got along.”

Starting in 1990, she worked closely with Roger Pulliam, a champion of diversity and inclusion on campus who passed away in February 2020, by helping him with recruitment, by speaking at the annual conference of the National Black Student Union, and by soliciting funds for the various endowed scholarships for students of color. Together with Pulliam she co-founded the African American Alumni Reunion Committee at UW-Whitewater.

“Dr. Pulliam, he gave me the title of unofficial recruiter,” she said. “I believe UW-Whitewater is the best UW System school there is. I tell people ‘Whitewater is a great place for you.’ As an alum, you never know when you will run into a student, potential student or alumni. I am always singing Whitewater’s praise.”

During her career, Carlisle-Williams received the Greater Milwaukee Association of Legal Professionals Award in 1992 and the Unsung Heroes for Outstanding Professional Achievement and Contribution to the Legal Community award, in 2006, from the Wisconsin Law Journal.

Since retiring, she continues to give back to the campus she loves.

“I try to lead by example,” she said. “I hope that I have shown that to the students when I return. Whenever I come I speak as a mother, professional, nurturer, leader. I am so proud to see what the groundwork we laid has led to.”

“I tell students, ‘After you graduate, you come and you give back.’ I enjoyed some of the best years of my life at UW Whitewater.”

Carlisle-Williams emphasizes how satisfying it is to come back and see how campus has changed.

“To come back 20, 30 years later and see that so many students of color have a seat at the table and have a voice — it warms my heart,” she said. “Chancellor Connor stressed diversity. As a result, UW-Whitewater prepares students for the real word, which is not all one color. He would have been very proud.”

“The legacy continues,” she said. “As long as I have breath, I will give back, I will help students.  It keeps me young.”