"You have to think to yourself, 'are you going to pay it forward, or not?'" says Dr. Ruth Hammiller as she reflects upon the newly established Ruth E. Hammiller Scholarship Fund, which will benefit future education and school psychology students at UW-Whitewater in decades to come. 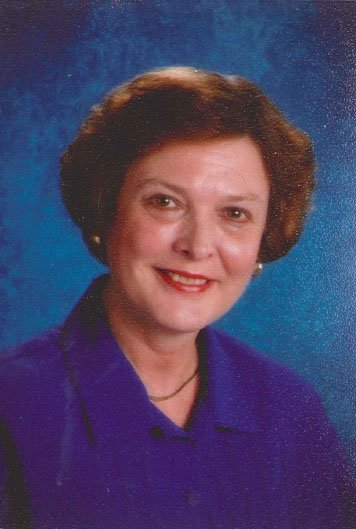 Dr. Hammiller, whose friends and colleagues call her Dr. Ruth, spent her four-decade-plus career strengthening and expanding elementary education and school psychology programs throughout southern Wisconsin. She attributes her success to her education and training at UW-Whitewater.  "The real bread and butter of what I’ve learned to be a successful professional in my life," she says, "is because of UW-Whitewater."

She credits much of the value of that foundation to the university’s size, which allowed for one-on-one attention from professors whose impact still benefits her every day. One such professor recommended her for her first teaching position in Brodhead after she earned her BSE in elementary education in 1974, and she also remains grateful to Dr. Frances Culbertson, who was the Director of the School Psychology Program as she sought her MSE in school psychology in the early 1980s. "She was just a wonderful mentor. I can’t say enough about Fran," Dr. Ruth says.

That professional mentorship and support didn’t end once she earned her second diploma, either. In her first school psychology job after earning her masters, Dr. Ruth needed a confidence boost—so she came right back to Culbertson, who offered a campus visit every Monday night to review her cases. "We did that the whole first year that I was a school psychologist," Dr. Ruth remembers. "That was invaluable; I learned so much. And she didn’t have to do that."

"One of the biggest reasons why I gave to the University was because of my appreciation for Fran and all the things she did for me," says Dr. Ruth. After years of giving back through mentoring students and serving on the College of Education and Professional Studies Dean’s Advisory Board, Dr. Ruth started to explore her larger financial gift options. That’s when her financial advisor made a surprising suggestion: establishing a gift in the form of an insurance policy, which will accrue value throughout the rest of her life. "In a way, you invest a specific amount, and then when you die, the university gets double what you invested,” she says. “Isn’t that a great way for someone who doesn’t have a lot of money, but wants to give something, to donate a substantial gift to the university?"

This particular giving option, Dr. Ruth believes, could be a pleasant surprise to fellow alumni — "people like me, who were raised in a lower-middle-income environment, and saved, and did what I thought I should do, and worked hard" — who may have thought major gifts were out of their reach. Plus, she says, working with a UW-Whitewater director of philanthropy to set up her scholarship fund was easy. "The [philanthropy staff] will take over for you. You might have a couple of meetings, but they do all the work," she says. "I just said, 'This is what I want.' [Gail] would put it in writing, then we’d meet and edit. It wasn’t hard on my part."

This isn’t to say Dr. Ruth was hands-off when establishing her gift—far from it. She has a strong vision of future education students who will benefit from her scholarship fund. "I wanted this scholarship to be based on, what are your achievements? What have you done? What potential are you bringing to what you’re going to do in the future?" she says. She expects future recipients to be considered based upon their GPA, how hard they’ve worked, and their civic and community engagement—as well as a genuine passion for children and education. "I wanted someone active, vibrant, aware, and involved. That’s what propels you to be a success."

When asked how she’d advise fellow alumni who are considering a major or planned gift of their own, her counsel is clear: don’t be afraid to connect with someone through the Foundation to explore your options for financial support — you may be surprised by your options. "You have to take a look at where you’re at financially, what you feel you can do, and how much the university meant to you," she says. "What has this university given to you that made you successful in life? Whitewater gave me so much."