UW-Whitewater marching band to perform at Packers game on Sept. 10 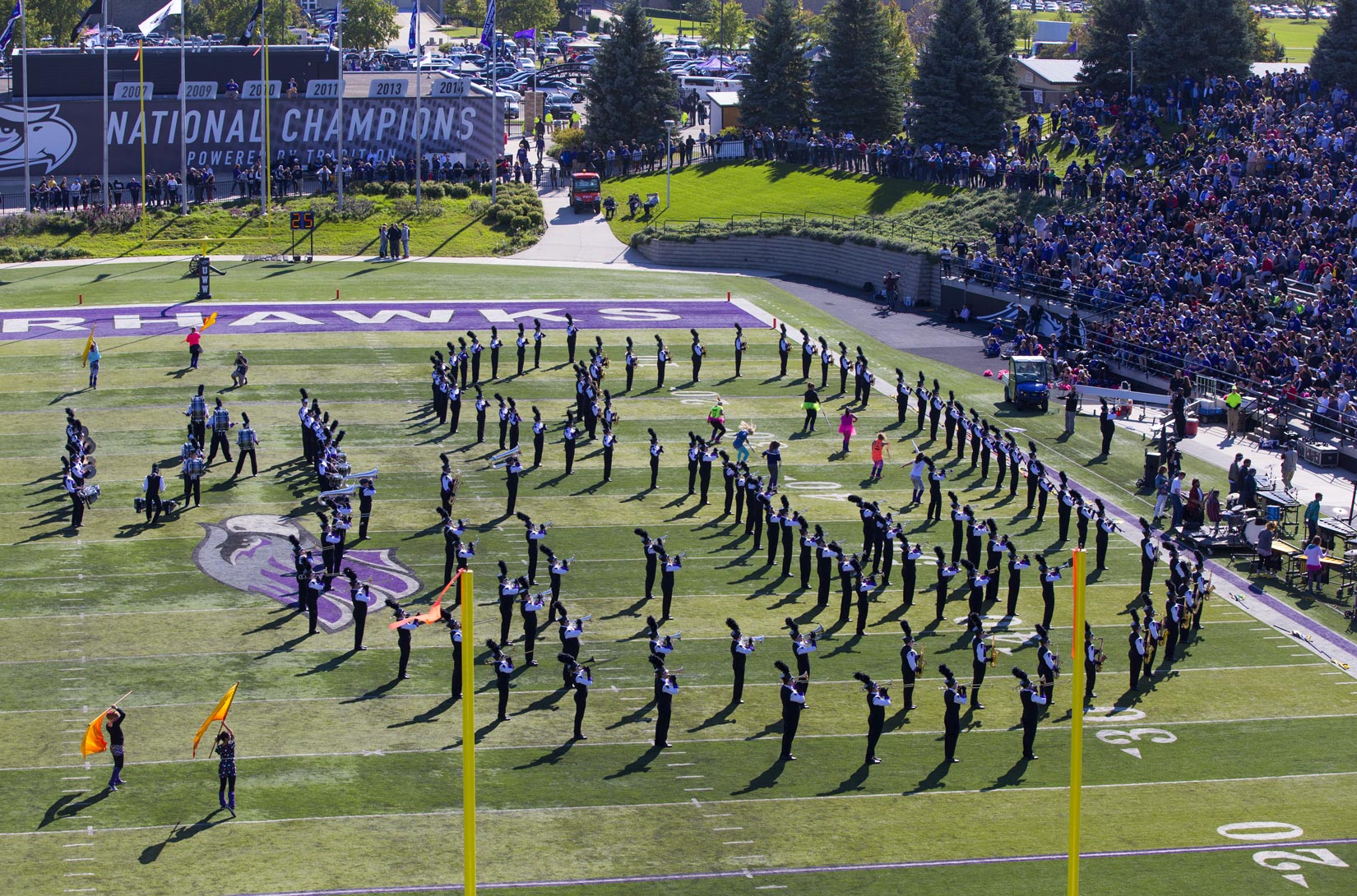 The UW-Whitewater Marching Band and Color Guard are seen from atop the scoreboard during the halftime show at Perkins Stadium on Saturday, October 8, 2016.

Fans attending the Green Bay Packers home opener on Sunday, Sept. 10, will see a swath of purple among the green and gold as the University of Wisconsin-Whitewater Warhawk Marching Band takes to the field.

The 170-member band was invited to perform at halftime at Lambeau Field in front of a potential crowd of more than 80,000 people.

"We are thrilled to be able to return to Lambeau Field," said Glenn Hayes, director of bands at UW-Whitewater. "The students have been working with a strong focus and determination to give an incredible performance after only being together for eight days of rehearsal. I could not be more proud of each and every one of them!"

The band's performance is titled, "Marvel at Us," and will pay homage to the musical scores of the blockbuster Marvel Comics films, including "Spider-Man" and "Iron Man."

Fans who can't make it to Lambeau Field are welcome to watch the band rehearse at Perkins Stadium at 3:30 p.m. Saturday, Sept. 9. UW-Whitewater will also post photos and videos of the marching band's Lambeau Field experience on the campus's social media channels.