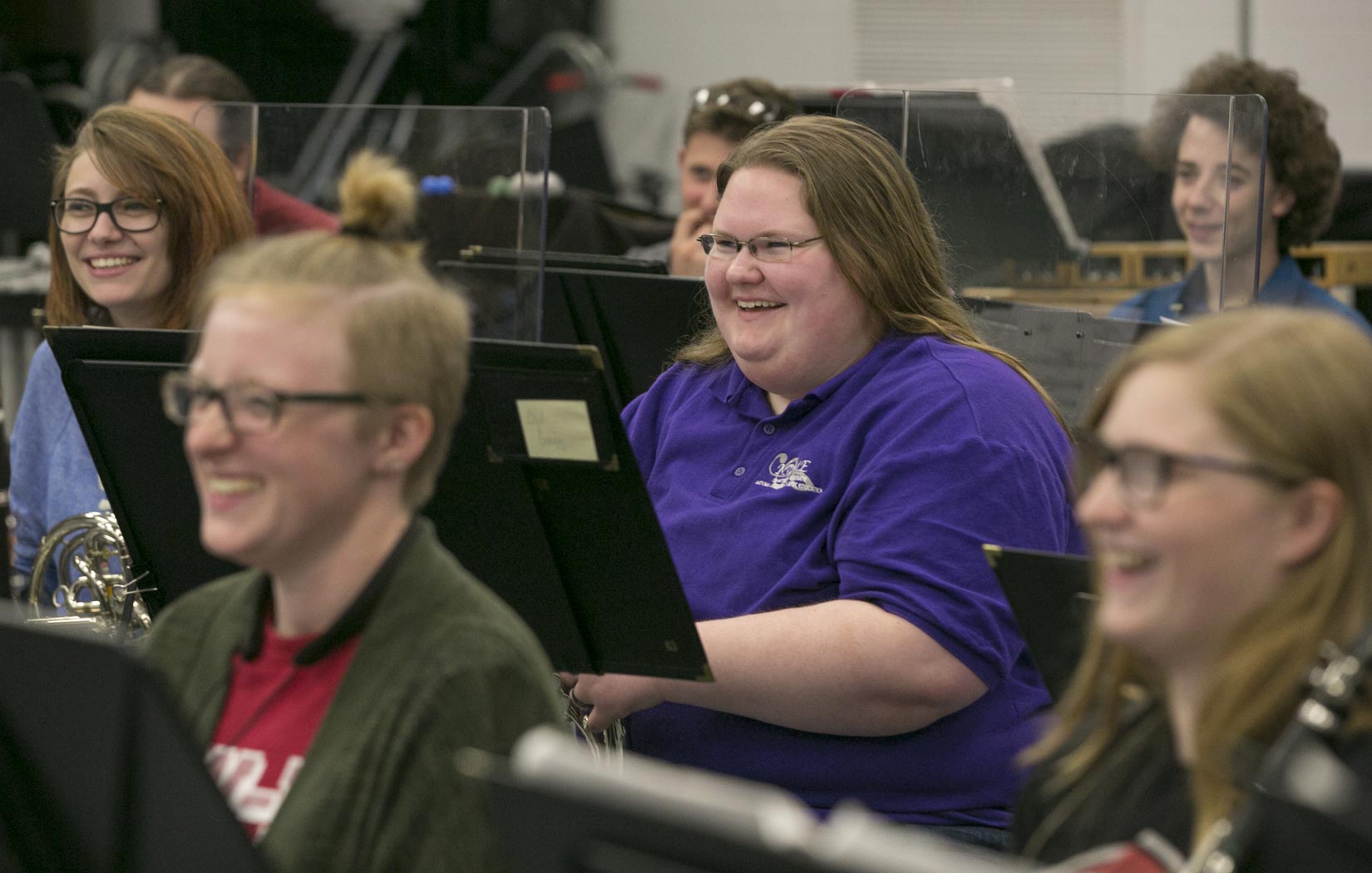 UW-Whitewater student Clara McGowan has been named co-recipient of the 2017 Richard G. Gaarder Award, the 18th Warhawk to receive it since its inception in 1989.

A self-proclaimed "horn evangelist," McGowan was thrilled and humbled to hear the news.

"It is the best feeling in the world to be able to bring this award back to UW-Whitewater. The fact that we win so often is the result of the work the faculty puts into making us ready to go out into the world - it's a result of their effort and experience."

Awarded by the Wisconsin Music Educators Association, the Gaarder Award is presented each year to an undergraduate music education major from one of Wisconsin's public or private colleges or universities who has shown exceptional leadership, musical excellence and service to the campus and community. 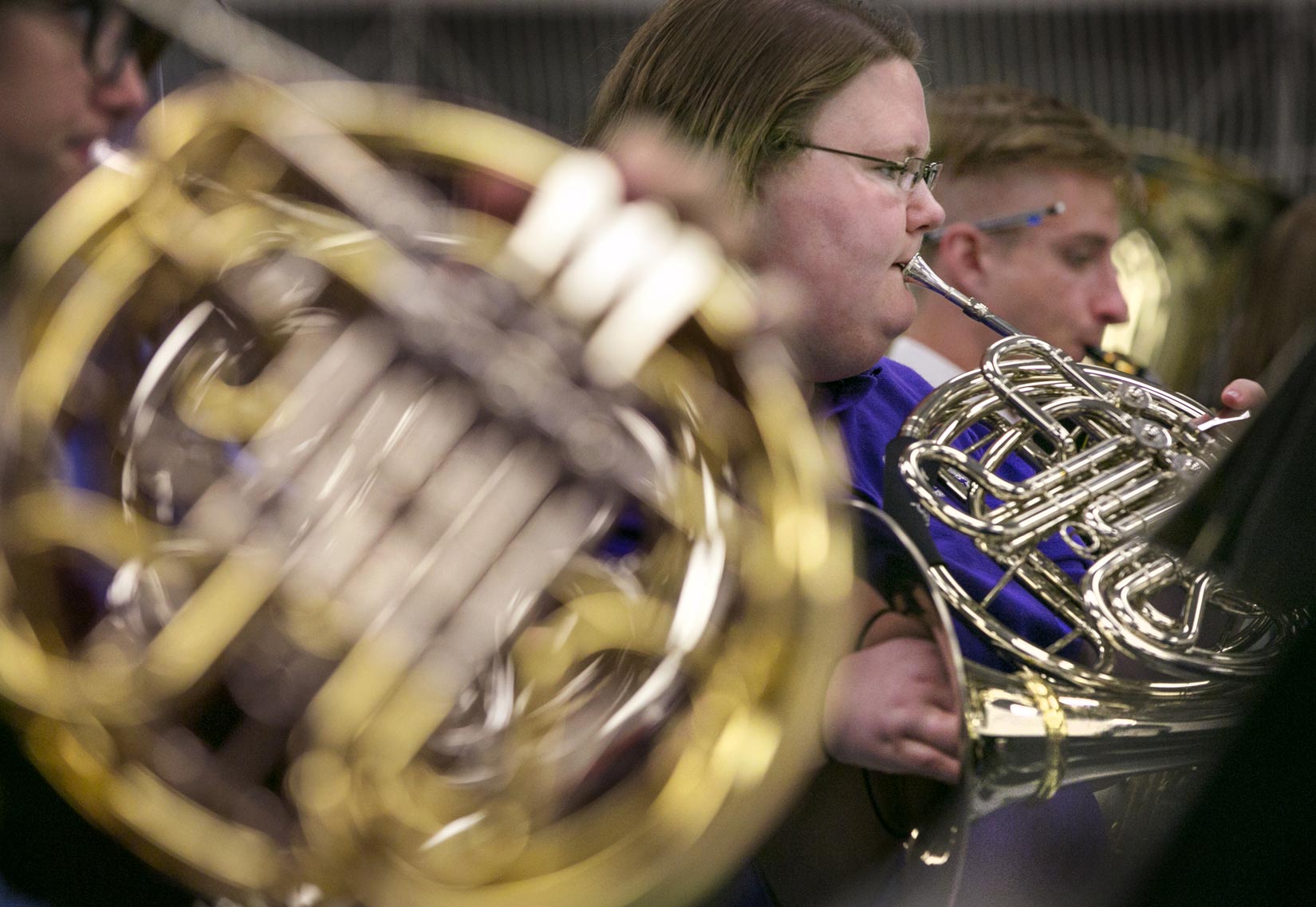 "Clara is that person who makes everything happen, and her commitment to being a leader is exemplary," said Kimball. "Her creativity and leadership skills have been essential to the success of the annual UW-Whitewater Fall Horn Festival.

"She recently started a student woodwind quintet and did all the work - scheduling and finding a coach - to make it eligible for credit. She did it for fun and also so they could bring the ensemble to schools to get them excited about music."

"She is one of the most genuine people you'd ever want to meet," said Director of Bands Glenn Hayes. "She's brilliant, hardworking, and the quintessential servant leader. She also has a phenomenal sense of humor."

"I believe Richard Gaarder would be very happy with Clara's selection," he added. "Like him, she will dedicate her lifetime to helping students grow and thrive in music education." 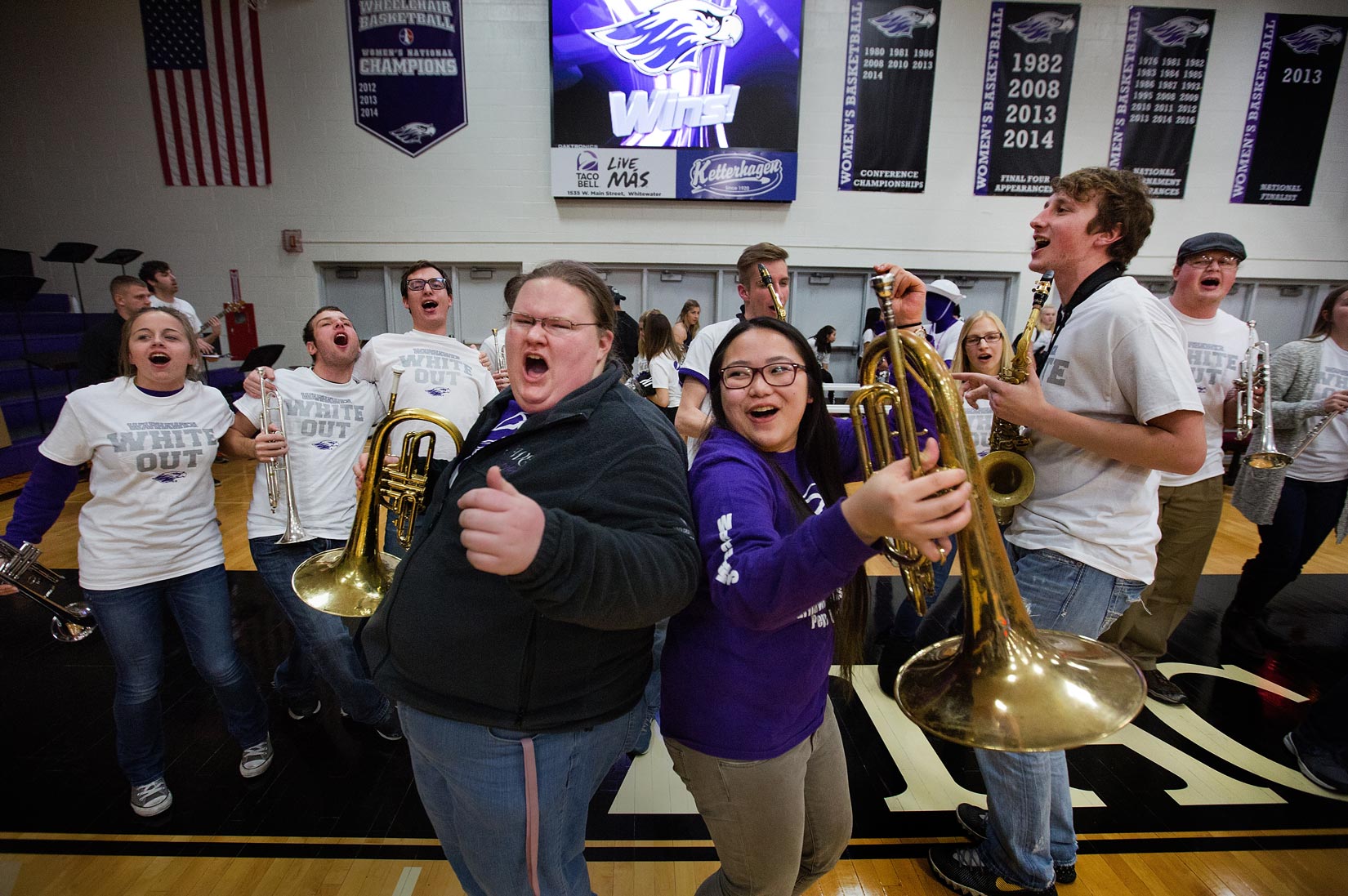 McGowan credits the strong support of faculty members and her fellow music students for getting her through her father's illness and death last year. On top of her coursework and membership in various bands and ensembles, she was also president of the UW-Whitewater Chapter of National Association for Music Education (NAfME) Collegiate at the time.

Lecturer of Music Susan Chandler said, "She just exemplifies grit and an open mindset. Despite the crisis she still managed to move the organization forward. She said, ‘I'm going to be stronger for this.'"

Chandler, who was the first person McGowan told about the award after she called her mom, said that she saw her student demonstrate a teaching mindset early on.

As NAfME president, McGowan led a team of 25 other music students to bring the "Sounds and Visions" music enrichment program to Sullivan Elementary School in March 2017. Themed "Music Around the World," the event featured a number of different stations where grade school students learned about different musical concepts and even got to try out different instruments themselves.

After she graduates in May 2019 with a degree in music education and a certificate in music history, McGowan hopes to teach in a middle school or a high school and eventually pursue a graduate degree in musicology. She will be honored at the Wisconsin State Music Conference on Oct. 26, with the award presented at the Lecture Hall of Monona Terrace Community and Convention Center.