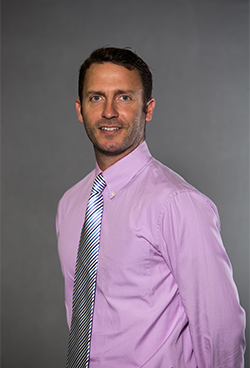 Chancellor Dwight C. Watson announced the appointment of Ryan Callahan as the next director of intercollegiate athletics at the University of Wisconsin-Whitewater.

“Ryan was selected because of his experiences as a former Warhawk athlete, coach and budget manager,” said Watson. “He was endorsed 100% percent by all of the coaches and athletic personnel. His commitment to UW-Whitewater was evident in his interviews as he focused on students’ academic and athletic excellence. He wants them to be champions in the classroom and in the various athletic venues.”

Callahan has served as interim director of athletics since May 2019, following the departure of former Athletic Director Todd Garzarelli, after serving as assistant director for two years. As interim director, he has managed a budget of approximately $5 million while guiding the department’s coaches and staff in the marketing, promotion and advancement of championship-caliber athletic programs. Projects that were planned or took place under his tenure include the building of the new tennis locker room and expansion project ($300,000), the Perkins Stadium turf replacement project, starting in May of 2021 ($979,000), and securing a $500,000 gift for women’s athletics and wrestling from an individual donor. Critically, Callahan also led the athletic department and recreational sports through the COVID-19 pandemic, working with each group and partners across campus to ensure the safety and well-being of staff and students as facilities were re-opened.

Callahan will assume the role of athletic director on July 1, 2021.

“I am humbled and honored to lead Warhawk Athletics,” said Callahan. “We have some of the best staff and student-athletes, and I am eager to continue our Powered By Tradition mantra.”

Callahan, who earned a BSE in elementary/middle school education and a minor in coaching in 2004 and an M.S. in curriculum and instruction in 2009, pitched for the Warhawk baseball team from 2001 and 2004 and went on to play for the San Francisco Giants and the Minnesota Twins. He was inducted into the Warhawk Athletics Hall of Fame on Saturday, Oct. 12, 2019. He lives in Janesville with his family.

Watson thanked Greg Cook, interim provost and vice chancellor for academic affairs, and Brenda Volk, head coach of the UW-Whitewater softball program, for their able leadership of the search and screen committee.