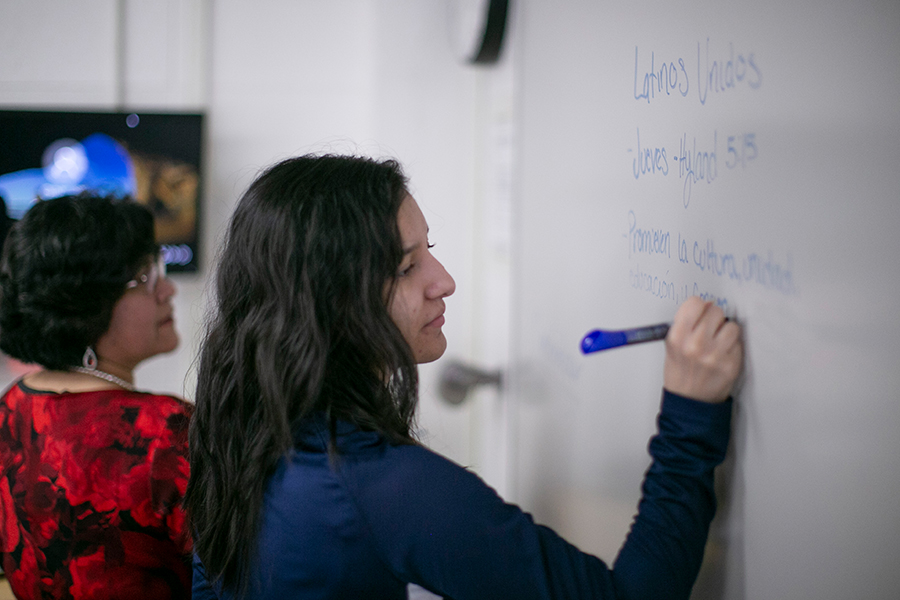 In WHY I TEACH, Luzma Ede-Hernandez, an assistant professor in the Department of Languages and Literatures, talks about how important it is for students to have teachers they can identify with on both a personal and professional level.

“A very meaningful moment in my career as a college professor was when a female freshman student said to me, ‘When I saw you in the classroom telling us who you were and where you came from, I realized that there was a future for me in this country.  It was the first time in my life that I had a teacher with a Ph.D. who looked like me.’” 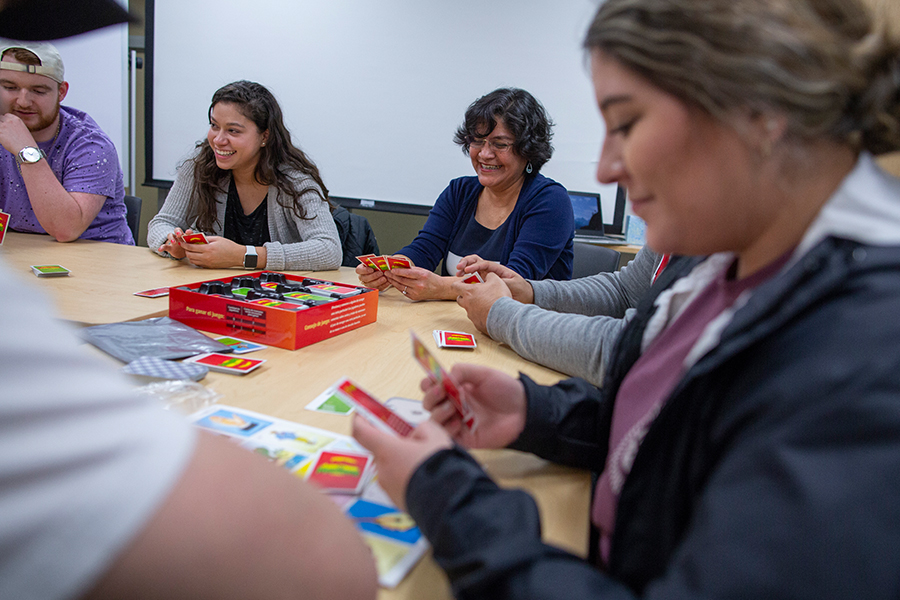 Luzma Ede-Hernandez also advises the campus Spanish Club, where Spanish is spoken over games like Manzanas con Manzanas (Apples to Apples) and spiced with laughter and fun. (UW-Whitewater photo/Craig Schreiner) 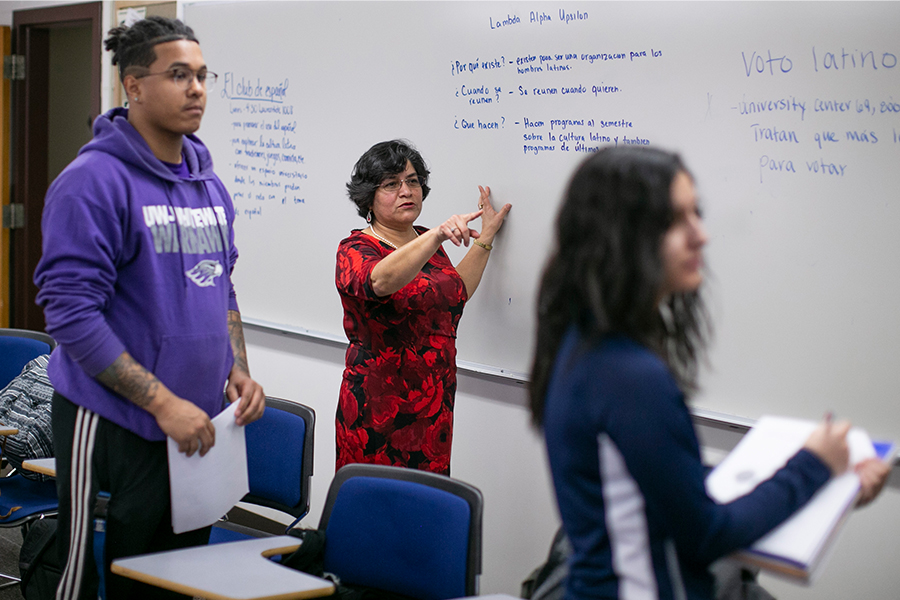 WHY I TEACH is a series about the dedicated faculty at UW-Whitewater’s two campuses who make every day a teachable moment — and every place a learning place — by their expertise and example.