UW-Whitewater offers a well-rounded Journalism major that will prepare you for multiple career paths, whether you want to be on the air, behind the scenes, at the keyboard or even telling stories from abroad.

CAN WE BRAG A LITTLE? 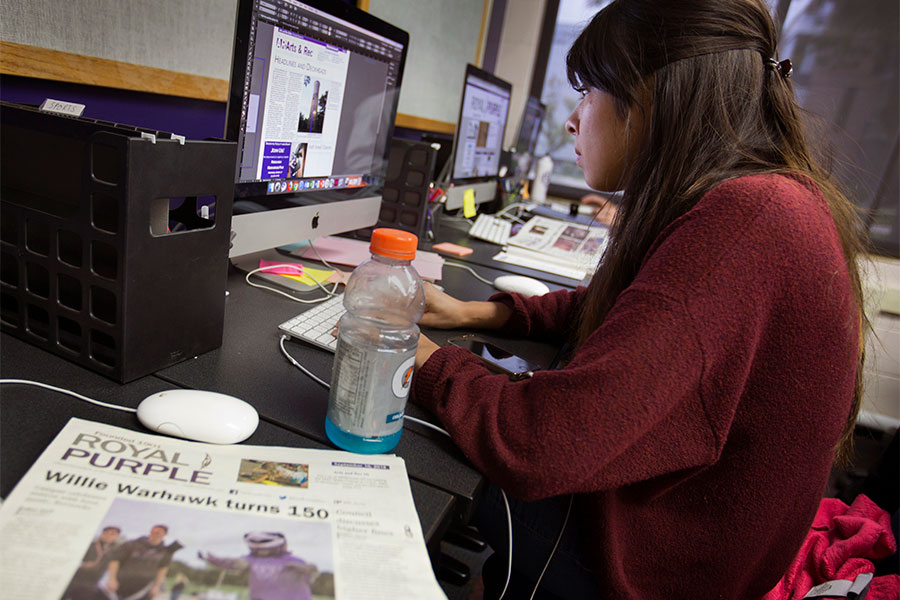 If you’re especially interested in print and web Journalism, you should know our award-winning newspaper is hot-off-the-press each week, and its online version publishes stories as news happens.

100% of UW-Whitewater Journalism majors were employed in their field within one year of graduation. (2018-2019) 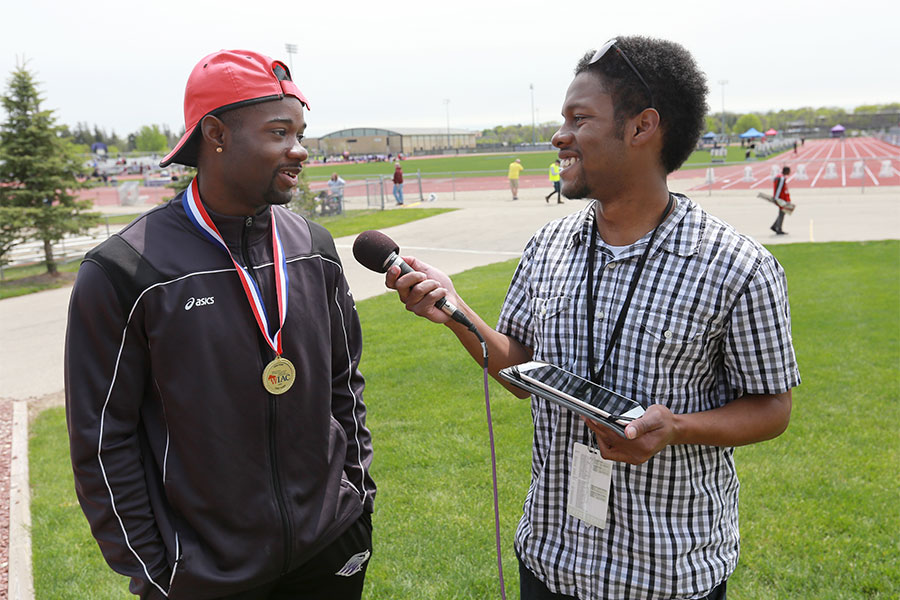 This signature, live sports talk program is simulcast on TV and radio Monday through Friday at 5 p.m. 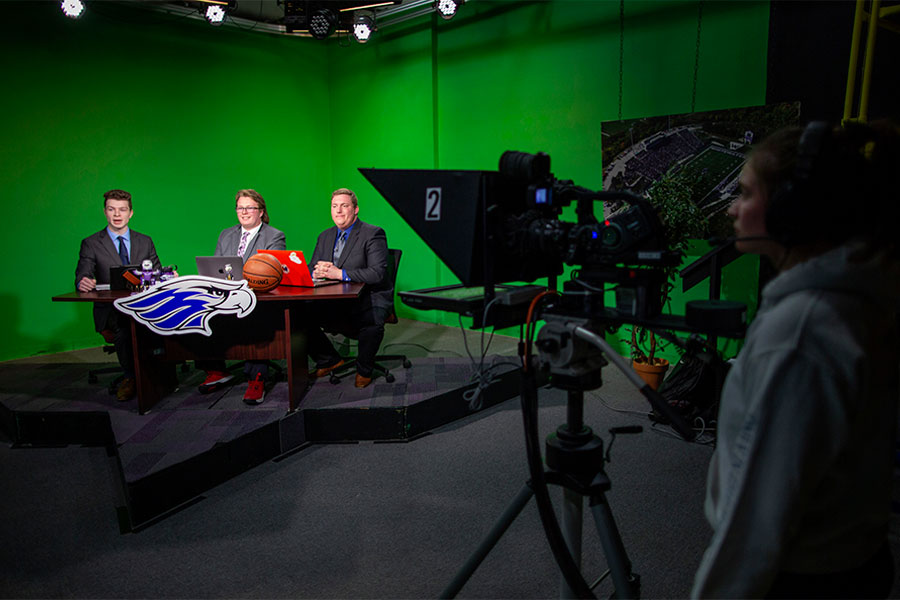 Why study Journalism at UW-Whitewater?

What our Journalism students do

Participate in live reporting for campus TV, such as election night coverage

As a Journalism major at UW-Whitewater, you can take part in many hands-on storytelling and producing experiences at campus media outlets:

You can also lend your print, web and broadcast Journalism skills to client projects with the UW-Whitewater Advertising Association.

Journalism is a highly competitive field, and UW-Whitewater prepares you to stand out among other applicants. We encourage you to gain hands-on experience through campus media outlets, as well as in the field and across the globe:

Internships
Learn from media professionals while building your portfolio and industry connections. Our students often intern for local and regional news outlets and websites.
Learn more about Journalism internships

Travel study courses
Each year, the communication department offers a travel study course: an on-campus class which culminates with a related international trip. (In spring of 2018, for example, our director of radio, Brian Lucas, took students to Ireland following an intercultural communications course.)
Learn more about travel opportunities

What our graduates do

You’ll leave the UW-Whitewater Journalism program with a unique set of skills that will prepare you for positions not just in traditional and digital journalism, but in a variety of communication capacities in industries of all kinds.

Our Journalism faculty members are award-winning journalists, former broadcasting professionals, writers, producers and others who bring a wide range of career and life experience to UW-Whitewater.

Want to learn more about earning a Journalism degree at the University of Whitewater-Wisconsin? Contact us »

In addition to UW-Whitewater’s general education requirements, the Journalism major requires a set of core courses, including:

Broadcast/Print/Web Journalism majors will take either:

Broadcast/Print/Web Journalism majors will also complete two practicum courses, which involve working with a campus media outlet in an editorial, production, director or other role.

Journalism majors will also take a variety of elective courses, which could include:

To apply, you’ll complete the UW-Whitewater application for admission and indicate your interest in Journalism.

Note: To declare a major in Journalism with an International Journalism emphasis, you need a minimum GPA of 2.75.