To be sure, learning another language has numerous intellectual, neurological and cognitive benefits in general, and these advantages can also help one to think more rationally (more here). In short: you are just plain smarter. Recent research even ranks world languages in position 10 on a list of "The 13 Most Useful College Majors (As Determined by Science), which in turn opens the door in many many career fields.

While there are various, compelling reasons to study any additional language, German remains one of the most valuable languages in Europe and the world today. Not only is it the/an official language of five countries (Austria, Belgium, Germany, Lichtenstein, Luxemburg, and Switzerland), but it is spoken in many neighboring countries as well (parts of the Czech Republic, Denmark, France, Italy, Poland, Slovakia etc.). In certain areas even, particularly in eastern Europe, locals might speak German but not English.In fact, according to a recent study of nearly 30,000 citizens of the European Union during the summer of 2012, German is the most commonly spoken first language and the third most commonly spoken second language in the EU. (Source: Special Eurobarometer 386: 'Europeans and their Languages)

The importance of German in the scientific and cultural world is witnessed by the number of German-speaking holders of the Nobel Prize: 27 in Chemistry, 25 in Medicine, 22 in Physics, 7 in Literature, 4 Peace Prizes, and 1 in Economics. Therefore it is no surprise that In the United States, 40% of scientists recommend the study of German (Source: DAAD - "German in Science and the Humanities")Learning German also has a higher payout for those who use it in professional life. A recent (11 March 2014) report in the Economist entitled "What is a language worth?" explained why German is more valuable than both French and Spanish. A commentor on the story even estimates that in Ireland, home of many IT companies, German speakers can make a 10% premium. 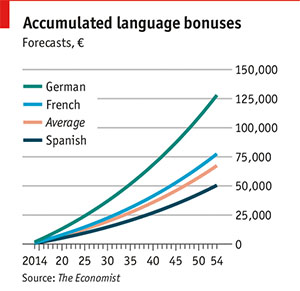 Although Germany is slightly smaller than the state of Montana, it was the world's third largest exporter of goods in 2012 just slightly below the United States. 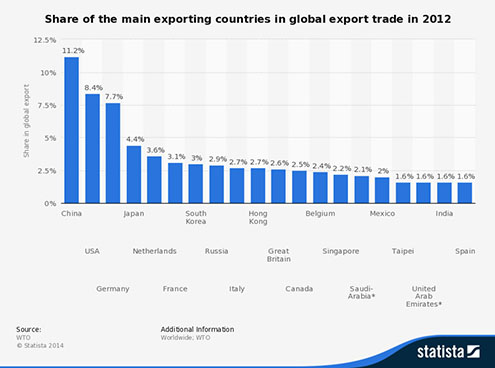 Beyond the language and economic output though, many aspects of German culture have made - for better or worse - an enormous impact on modern history. Of course, we often think immediately about the two World Wars, the Third Reich, and the Shoah, or even the Cold War. However, German-speaking individuals have made countless positive contributions, and the continued buzz about German economic, political, and cutural strength has recently (25 July 2014) led Newsweek magazine to herald the "German Century". 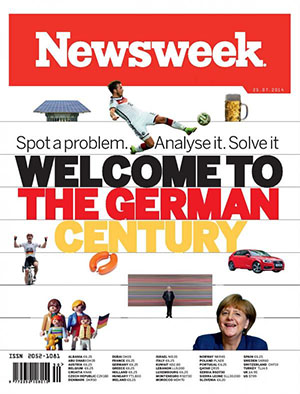 Indeed, Germany is a stable, robust democratic republic In 2012 the EconomistIntelligence Unit ranked Germany 14th in its "Index of Democracy" according to the five categories electoral process and pluralism, functioning of government, political participation, political culture, and civil liberties. The United States ranked 21th.It is no surprise, then, that Germany has remained the most positively viewed country in an BBC World Service Poll. 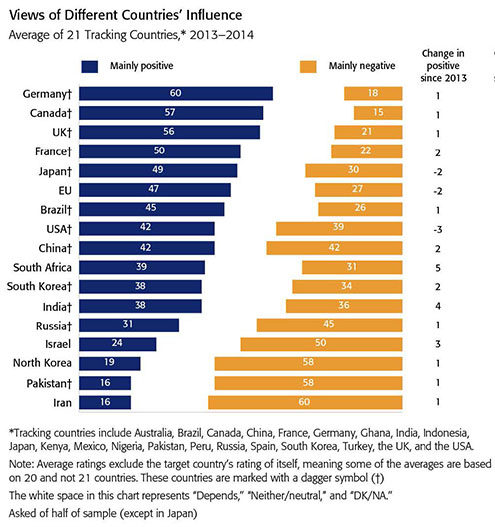 And for US-Americans, the study of German is a study of ourselves, since German is the largest ethnic group in the United States In 2006, during the latest Community Survey by the Census Bureau, 35.5 Million US-Americans claimed German ancestry (more information here). While German-Americans comprise 15% of the US population in total, a few states in the upper Midwest contain well over 50% German heritage. 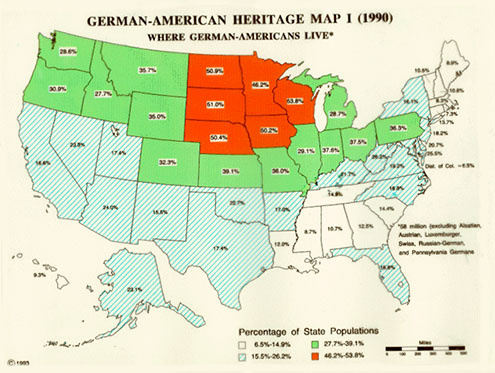 For more information and to learn about oppurtunities the program offers, seach the links under Program Resources.