Welcome to the Department of Politics, Government, and Law!

In today’s world of heightened political and social issues and concerns, the study of political science is as popular as ever since it can be applied to such a broad range of meaningful careers.

The Department of Politics, Government, and Law offers a wide range of courses in all areas of the discipline, including American government and politics, law and courts, public policy and administration, comparative government and politics, international relations, political theory, and political science research methodology. Students interested in legal careers may major in Political Science with a Legal Studies Emphasis. The department jointly offers a major in public policy and administration with the Department of Management in the College of Business and Economics. Additionally, the department coordinates the interdisciplinary international studies program. Several minors, including a minor in legal studies, and two certificate programs in paralegal and lobbying studies, are part of the Department’s many programs. 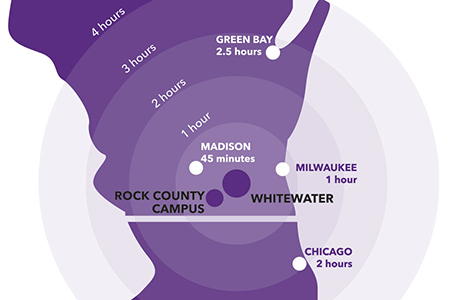 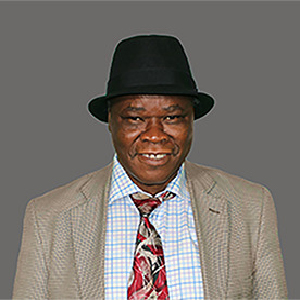 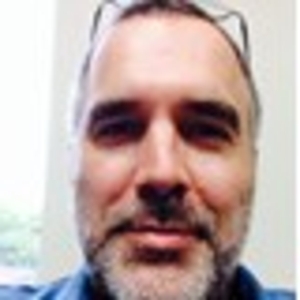 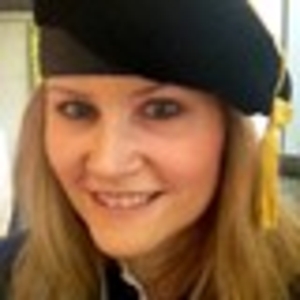 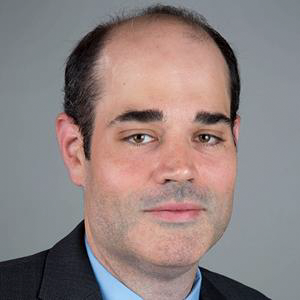 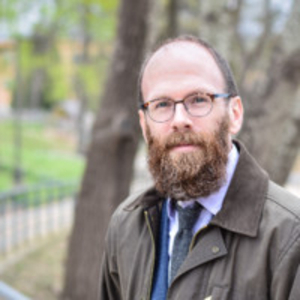 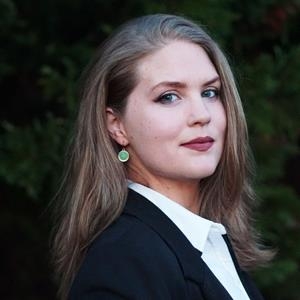 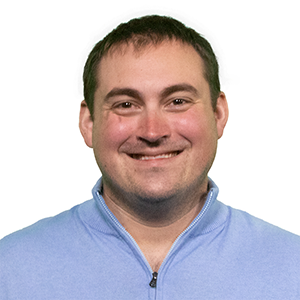 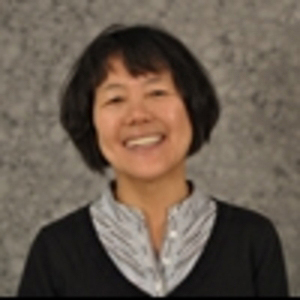 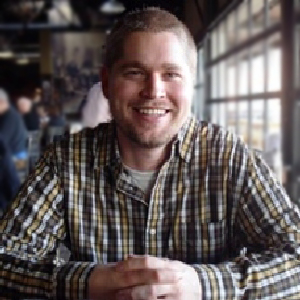 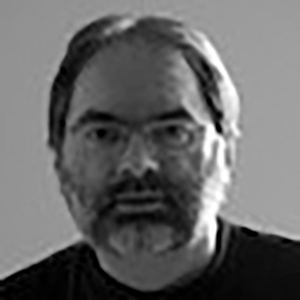 Politics, Government, and Law students have an opportunity to complete an internship for academic credit in addition to their regular course work. Interns, at the local, state or national level, have long been a part of the political science curriculum. In some areas, former interns have risen to a level in their organizations where they are employing current interns. National internships are arranged in cooperation with The Washington Center.

Each Public Policy and Administration major is required to complete an internship for academic credit as part of the integrative experience portion of the major. Internships are available in a wide range of city, state and national government offices, private businesses and non-profit organizations. Recent public policy and administration majors have served in district congressional offices and in numerous Wisconsin city management offices, including those in Whitewater, Janesville, and New Berlin.

Among the varied internship opportunities are:

Additional information about internships may be found at the Career & Leadership Development Internship Resources site.

The department of Politics, Government, and Law has a number of scholarships and awards that are available to students each year. The application for each award is due on the first Friday of March by 4pm. These applications should be sent via email to Dr. Larry Anderson at andersol@uww.edu. Decisions are announced before the end of the spring semester.

Please click on the award name in the descriptions below for full application instructions.

The Dr. John F. Kozlowicz Scholarship in Legal Studies is a $500 scholarship awarded to a student interested in pursuing a career in law or legal studies. Applicants must be a Political Science or Public Policy and Administration Major with a Legal Affairs emphasis. Additional requirements include a minimum 70 credits at time of application, a minimum of 15 units in Political Science coursework at UW-W, and a minimum 3.5 GPA in Major and 3.3 combined GPA overall.

The Daniele D. DiPiazza Political Science Scholarship is a $1000 scholarship awarded to declared political science majors who will have junior or senior status at the time of the granting of the award and who possess an overall GPA of 3.2 or higher and who show evidence of financial need.

The Paul A. Miller Family Endowed Scholarship in Political Science is a $400 scholarship awarded to a full-time student who is majoring in Political Science or a related program and who has demonstrated progress toward completion of their degree. Winners must have graduated from a high school in Wisconsin and priority is given to graduates from Racine County. Winners must possess a cumulative GPA of 3.0 or greater.

The John C. Oh Political Science Scholarship is a $1000 scholarship awarded to declared political science majors who will have junior or senior status at the time of the granting of the award and who possess an overall GPA of 3.2 or higher and who show evidence of financial need.

Institute for Democracy and Civil Engagement

The Institute for Democracy and Civic Engagement provides grants and awards to our students who are engaging in scholarship and/or co-curricular activities that enhance democratic values and civic engagement.  Recipients in the past include students who are studying and interning through The Washington Center program in Washington D.C., students who are studying abroad at universities that include civic engagement or democracy enrichment in their programs, and students participating in Model United Nations.   If you have questions regarding this fund, please contact the department chair at emreyj@uww.edu.

Please contact the Politics, Government, and Law Department at  polisci@uww.edu

The Political Science Student Association offers a variety of social and professional opportunities for students. Eligible students are encouraged to join Pi Sigma Alpha, the National Political Science Honors Society. Also, political science and pre-law majors participate in the Law Society, including field trips to such places as local courthouses. 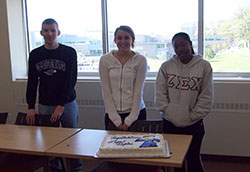 The members of the Legal Eagles Learning Community, including Taylor Schneider, Kayle Cox and Olivia Kelly, enjoy a cake in their honor. 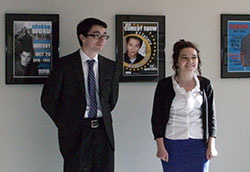 Politics, Government, and Law graduates are prepared to enter graduate and professional schools as well as a wide range of career options, including:

The interdisciplinary liberal arts curriculum strengthens written and oral skills and thereby prepares students for the widest variety of career opportunities. The primary career goal of the international studies major is to provide students interested in either international careers or graduate/ professional training in international affairs with the proper foundation. The globalization of the world economy and the dominance of multinational corporations make the program especially attractive. Students who major in international studies often go into:

Career opportunities include attending law school, legal research activities in a law firm or working in a law-related field such as criminal justice or social work. Since it is quite common for many students to work a few years between obtaining their undergraduate degree and attending law school, the legal studies minor and the paralegal certificate provide employment entry into law firms for a variety of legal responsibilities such as legal research, legal writing, document and other preparation for court cases, and assisting the resolution of legal problems.

Depending on the concentration students choose, the public policy and administration major prepares them for careers in the administrative, legislative or judicial branches of local, state and national governments; business organizations, such as public utilities or defense contractors, which work closely with government; hospitals, charitable organizations and other non-profit organizations; and for law school or graduate school admission.

What is undergraduate research in political science?

Undergraduate research involves a non-classroom, in-depth research project, conducted by an undergraduate student, done with the supervision of a faculty mentor.

There are numerous opportunities within the department of political science to conduct undergraduate research. This provides an opportunity to work on an issue, question, country, or case in a great deal of detail. In addition, conducting undergraduate research allows a student to work more closely in a collaborative and mentoring context with a professor. It is an opportunity that provides skills that a student can use regardless of their future career or educational path.

Lots! Here's a short list of some of the topics that have been covered:

Where can I learn more about undergraduate research?

Start at UW-Whitewater's Undergraduate Research program homepage. Here, you will find a great deal of information on deadlines, grants, and other opportunities related to undergraduate research.

In addition, you also might have a look at the homepage of the National Conferences of Undergraduate Research (NCUR). NCUR holds an annual undergraduate research conference at which UWW students are well represented.

Matt Egerer graduated from UW-Whitewater in 2007 and now works in one of Wisconsin's most historic buildings in downtown Madison: the state capitol. As a Legislative Aid to Representative and Assembly Minority Leader Peter Barca, Egerer relies daily on experience that he gained through his degree in political science.

"The subject matter about the mechanics and theories about government and politics goes hand in hand with the practical application we apply here at the capitol," Egerer said.

Just as representatives from the Wisconsin State Assembly debate and discuss on the future laws, rules and regulations, Egerer utilizes similar skills from his past courses and fieldwork in political science. "I always liked the debating and discussion aspect of it," he said. "A large part of political science is the debating of ideas and debating the merits of concepts and positions."

During his time at UW-Whitewater, Egerer was involved in student government, a fraternity and intramural sports. He also gained experience from jobs and internships, including the Walworth District Attorney's Office, the City of Whitewater and multiple political campaigns. "Internships are a great opportunity because they show you what it's like to be in the positions that you're considering. I felt like I got my feet wet in a number of things that were within my field of what I wanted to do."

After his internship with the District Attorney's office, Egerer realized the courtroom wasn't his forte, and he realized he really enjoyed state campaigning and lawmaking. After Egerer helped State Legislator Kim Hixon's campaign during his final semester at UW-Whitewater, Hixon made a pitch for Egerer during an assembly meeting, and another representative soon hired him after graduation.

Egerer said that part of the wonderful thing about Whitewater is that you have the opportunity to be a big fish in a small pond. "Being in organizations gives you leadership, experience and a background so that when you walk into an interview, rather than talking about what you've been studying, you can say I was in charge of this, and here is something I've done. It gives you real world things you can point to and really show yourself as a potential employee."

Along with networking, Egerer recommends to both potential and current students to take your courses and projects seriously while in school and gain as much experience as you can. "You think you're not going to write papers when you graduate, but really you probably are in a variety of different professions. Everything for the most part is dealing with people. You'll have to summarize verbally or on paper what your points of view are."

Egerer hopes to continue working with politics and recommends the Political Science major to any undecided undergraduate. "Don't declare right away if you're not sure. I think it's good for a new political science student to have a loose plan. Take a variety of classes to see what you're interested in. At Whitewater you can take part in many opportunities."