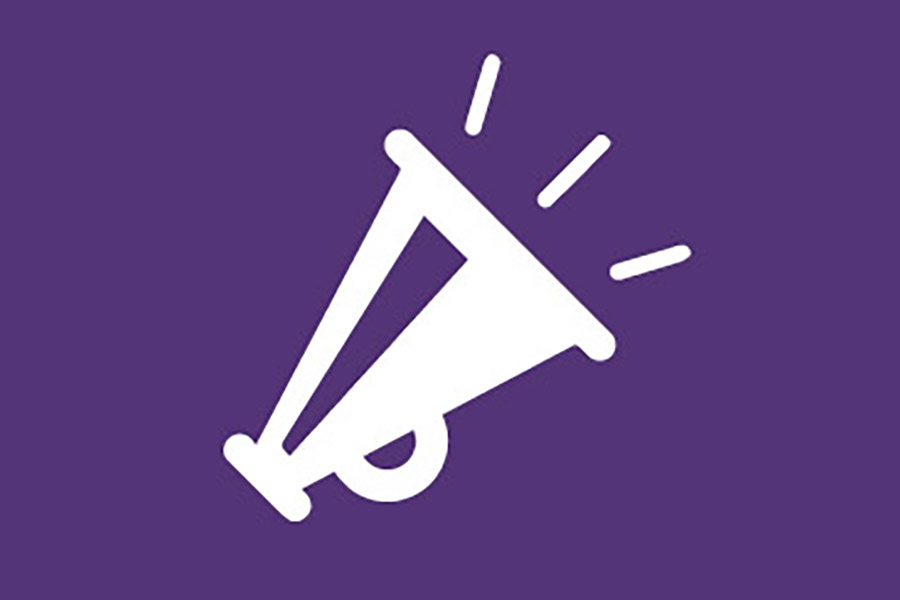 Advertise at the UC » 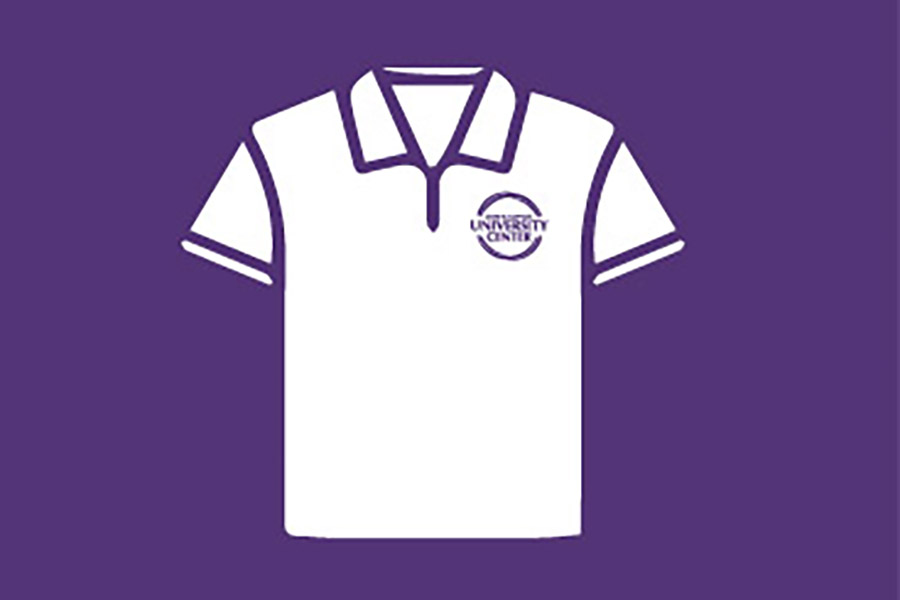 To provide a welcoming and supportive environment that contributes to the educational process and enhances the campus experience.

For more information on Parking Services and Regulations, please follow this link: https://www.uww.edu/adminaffairs/parking-regulations

For directions to campus or the University Center, please follow this link: https://www.uww.edu/campus-info/map-and-directions​​​

Donors to the University Center

Connor Conference Room (UC 259)
Dr. James R. Connor served the University of Wisconsin-Whitewater as a professor and chancellor from July 1974 through June 1991. During Chancellor Connor's tenure at UW-Whitewater, enrollment grew from 8,150 to 11,000 students. Dr. Connor concentrated on diversifying the student body by recruiting and retaining an increasing number of minority students. In summarizing his concern for students, Dr. Connor stated, "I think we have created an environment of caring. We care about the students and celebrate their success, but if they fail, we all fail." Chancellor Connor aggressively pursued improvements on UW-Whitewater's campus to assure that students would receive the best possible education in state-of-the-art facilities. McGraw Hall, the 1988 University Center addition, the Upham hall greenhouse, the observatory, the Alumni center and the Williams Center addition were all important enhancements to the University. In bringing the dream of a multipurpose auditorium to reality, Dr. Connor was instrumental in developing the private support needed to building the $9 million Irvin L. Young Auditorium.

James R. Connor retired at age 62 from UW-Whitewater. As he left his position, he shared these words, "In the final view, students are what we are all about. Nurture them well, and they will not fail you nor the larger society in which they will take their places."

In April 1998, under the direction and leadership of Chancellor H. Gaylon Greenhill, the University Center was renamed and dedicated in honor of James R. Connor.

Dr. and Mrs. Connor have continued with their generosity to UW-Whitewater and the University Center with additional donation toward this large meeting room and the balcony of the new University Center. Dr. Connor also served as an active participant on the project for the 2008 building renovation.

Zoë Connor Balcony
This balcony is named in honor of Zoë E. Connor, wife of James R. Connor, who served as Chancellor of the University of Wisconsin-Whitewater from 1974 to 1991. During this time, Zoë was actively involved in University and community events she particularly enjoyed student and other campus affairs. She served as a gracious campus hostess, eventually being appointed associate to the chancellor by the University Of Wisconsin System President. Through the years, she and her husband were true partners on behalf of the University. The balcony exists as a result of her generosity to the project and the naming is reflective of the important contributions Zoë E. Connor made to UW-Whitewater.

Roberta Avonn Fiskum Art Gallery (UC 158)
At the age of 3, Roberta was enrolled in the Michigan Yamaha School of Music and continued to study the organ until the age of 15 when she became an organist at UCC Church in Elkhorn. At the time of her death, she was an organist at Fontana Church, playing her last concert on July 4, 1993. Roberta was homecoming queen in high school, participated in track and tennis, and traveled throughout Central America, Mexico and Peru. The art of those countries would inspire her creative nature.

Whether it was pottery, handwork or graphic design, art played a large part in Roberta's life, finally culminating with a graphic arts degree from the University of Wisconsin-Whitewater. A scholarship in that field has been established in her memory. Her mentor, UW-Whitewater art professor Amy Arntson, described Roberta as "an extremely creative, talented individual whose work showed a special sensitivity and intelligence."

It was the lifetime goal of Roberta to own an art gallery; therefore, her parents Robert and Yvonne Fiskum have funded this Student Art Gallery in her memory. Robert W. Fiskum, a UW-Whitewater Foundation board member, was coach and assistant professor in the health, physical education, recreation and coaching department from 1965-1996. Yvonne E Siats-Fiskum retired from Gateway Technical College in 2001 after teaching there for 32 years.

Freer Boardroom (UC 260)
The Freer Boardroom is named in honor of Jim and Pat Freer in recognition of their generosity to the James R. Connor University Center Building Project.

In his 17 years of service as vice chancellor for administrative affairs, Jim facilitated the development of a master plan that resulted in construction of the new and renovated building integrated with a beautiful landscape.

Ike Schaffer Commons (UC 174)
A long-time friend, teacher, and mentor of the University of Wisconsin-Whitewater, Dr. I.W. "Ike" Schaffer dedicated 35 years of service to the University in coaching, teaching and administration. He served eight years as dean of students and director of admissions and six years as vice president of Student Affairs. He remained involved with the Whitewater community for almost 50 years.

Ike's career at UW-Whitewater began in fall 1947, which meant moving his family from Champaign, Illinois to their first home in Whitewater. Their two-story home was located on Graham Street, which is now a pathway and green space just northwest of the new University Center.

Ike was initially hired as the coach and physical education teacher for Whitewater College High School, located in Old Main. One year later, he became the principal, while still coaching football, basketball, track and softball.

In 1957, after completing his Ph.D. at Northwestern University in educational administration, Ike was appointed dean of students and director of admissions at UW-Whitewater. During this time as admissions director, the University underwent its most rapid growth and admitted its first international student.

From 1965 to 1971, Ike served the University as vice president for Student Affairs. He returned to full-time teaching in 1971 for the department of educational foundations and counselor education. One of Ike's most pleasant memories came in 1981, during his last full year of teaching when he was presented the W.P. Roseman Outstanding Teacher Award. In 1991, he was presented the first Student Affairs Student Development Pioneers Award.

Ike Schaffer retired in January 1982. Ike died March 19, 1998. His warm smile and willingness to serve lives on in the Ike Schaffer Commons as friends and family recall his routine of putting on an apron and cooking pancakes for many of his neighbors.

Summers Auditorium (UC 76)
The Summers Auditorium is named in honor of Dr. Steve and Donna Summers. This naming is made possible through the contribution of their children Steve, Andy, and Christina. "Naming the new University Center Auditorium after our parents is an exciting way for us to recognize their long-standing involvement with UW-Whitewater," said Andy Summers, a 1996 UW-Whitewater alumnus. "The auditorium will be a first-class facility for future generation of students to use."

Donna Summers, a 1969 UW-Whitewater and Alpha Sigma alumna, co-owned and operated a preschool in the Whitewater community for 17 years. She also served as the acting director of the UW-Whitewater Children's Center from 1999-2001.

Dr. Summers began his career at UW-Whitewater in 1967 as a residence hall director after completing his bachelor and master's degrees at Eastern Illinois University. He also served as director of student and in 1973 completed his Ph.D. in educational administration at the University of Wisconsin-Madison. He has been a student affairs administrator and faculty member at UW-Whitewater for 40 years. He served as the University center executive director from 1974-1991 and currently serves as the deputy assistant chancellor for student affairs.

Dr. Summers served as the advisor to the Whitewater Student Government for more than 15 years. From the onset of the merger in the UW System in the early 1970s, he has served as the advisor to the Segregated University Fee Allocation Committee. These advising roles displayed his passion and advocacy for the full participation of students in university shared governance.

View the list of donors who purchased seats within the Summers Auditorium.

Surinak Sun Lounge (1st floor University Center)
John and Donna Surinak attended the University of Wisconsin-Whitewater where John received a bachelor of business administration degree in management in 1967 and Donna earned a bachelor of science in elementary education in 1970. With the educational skills they honed at UW-Whitewater, they grew a home-based business into a successful international manufacturing corporation.

The Surinaks have many fond memories of time spent as undergraduates socializing, studying and being involved in student activities in the University Center. They are proud to be UW-Whitewater alumni.

John and Donna Dedicate the Surinak Lounge as place to enhance every student's UW-Whitewater experience.

Senior Class Gift - Down Under

A class gift was collected for the University Center remodeling project. As of 01/01/2007 we have hit the $14,000 mark for gifts received for the UC Project. The students of the University of Wisconsin-Whitewater gratefully acknowledge the sponsorship of the Down Under by the graduates of the classes of 2005, 2006, and 2007.

Hearth Sponsorship
The students of the University of Wisconsin-Whitewater gratefully acknowledge the sponsorship of the hearth in the Ike Schaffer Commons by the UW-Whitewater Very Important Parents Association.

History of the UC

The concept of a gathering place for UW-Whitewater students began many years ago. In the late 1930's and early 1940's, the Goal Post on Main Street, which later became Salamone's Restaurant, was a meeting place for students. In 1947, an old army barracks was moved from Camp Grant in Rockford, IL to Whitewater. The Post-War Building Fund donated $5,000 to help reconstruct the barracks, which then served as the first "student union."

In 1959, the doors to a new student union were opened for the first time. The new construction housed a lounge, cafeteria, game room and bookstore, along with offices and meeting rooms. A south addition was built in 1963 to keep up with the growing enrollment. Included in this addition was another dining area - The Warhawk, more study and programming space, a new game room with a bowling center and an information desk.

Updates throughout the 1990's included the Rec Center, Commons, Schaffer Room & Warhawk. In the mid-1990's, the University Center developed a plan to remodel the union, blending the three buildings and utilizing the services of the now 139,500 square feet more efficiently. In 1997, the University Center was officially named after former Chancellor James R. Connor.

The turn of the millennium hadn't slowed the growth of the University Center. In 2002, the UC welcomed a new ice cream parlor named Shiver's to its already extensive list of attractions. The Minneiska Dining Room also had been the recipient of a facelift.

In 2008 the James R. Connor University Center completed a $20.2 million project, which constructed approximately 50,000 new square feet and remodeled approximately 47,000 square feet. This renovation removed the 1958 and 1963 additions to the building, creating an open space. Throughout the planning process and plan development, the architects never forgot the phrase "A place to see and be seen". No longer would the University Center be an area with narrow hallways and brick walls, the revamped space provides an open, airy atmosphere. The space provides the following functions:

Welcome to the James R. Connor University Center (UC). The UC is the heart of the UW-Whitewater campus, providing opportunities for students to enhance their college experience through a wide variety of activities and services.

Whatever you need, the UC is here to Get U Connected! 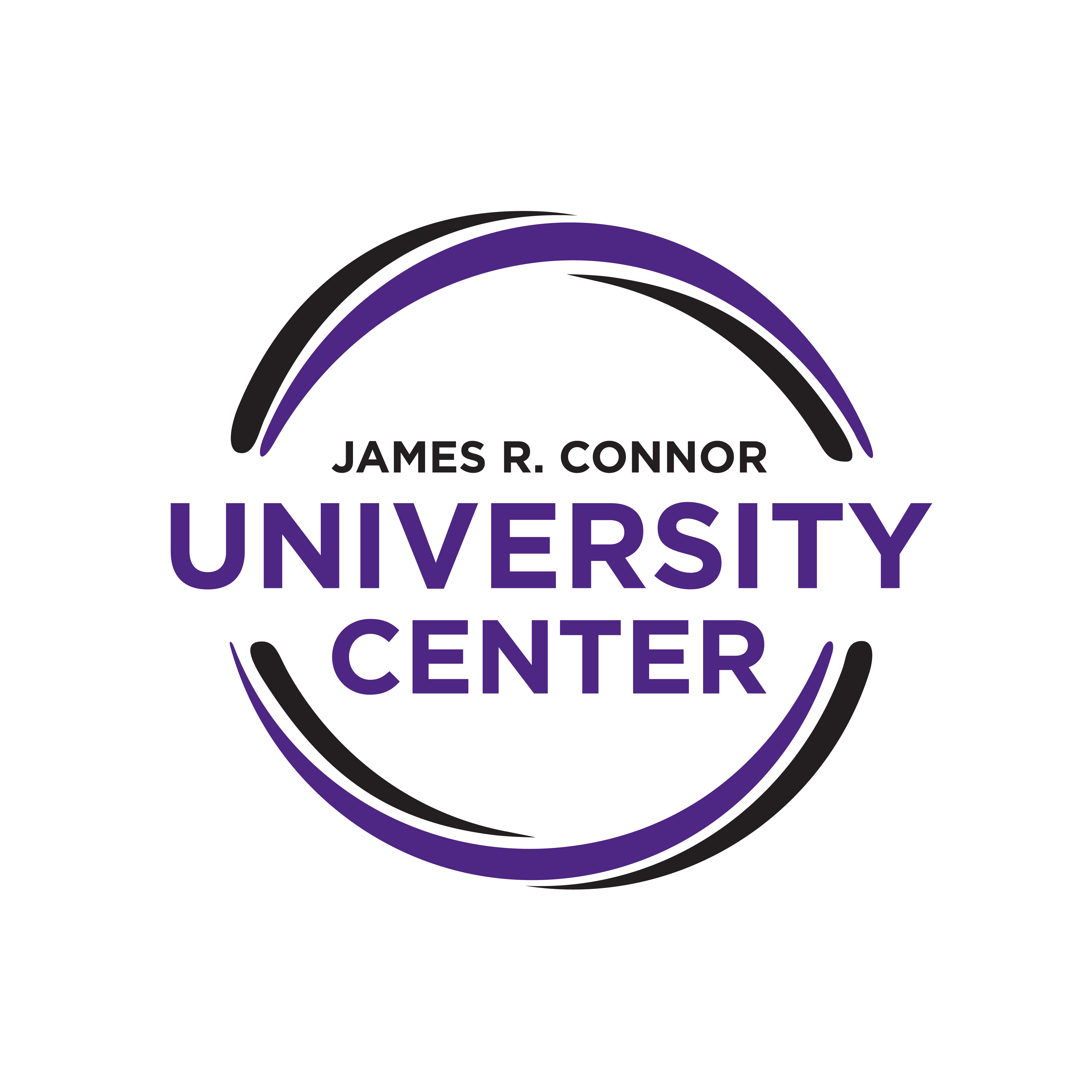