On July 1, 2018 a revised campus project evaluation process was formally launched. This process is outlined in the Practice Directive and Process for Project Evaluation (link below) and diagramed in the flowchart shown. This process was revised in an effort to better align projects with campus budgets, the campus strategic plan and the overall campus mission. Additional talent has been brought onboard to support this effort and provide a more efficient and effective use of campus resources. This project process reboot is also intended to re-align the campus project review process with the state capital budget planning cycle. It is vital that funding sources and/or funding strategy be identified from the inception of a project.

The Project Charter is the final approval document that identifies the need for the project, stakeholders, funding sources and decision makers during the implementation phase. A sample of this document and the Evaluation Request form is below. 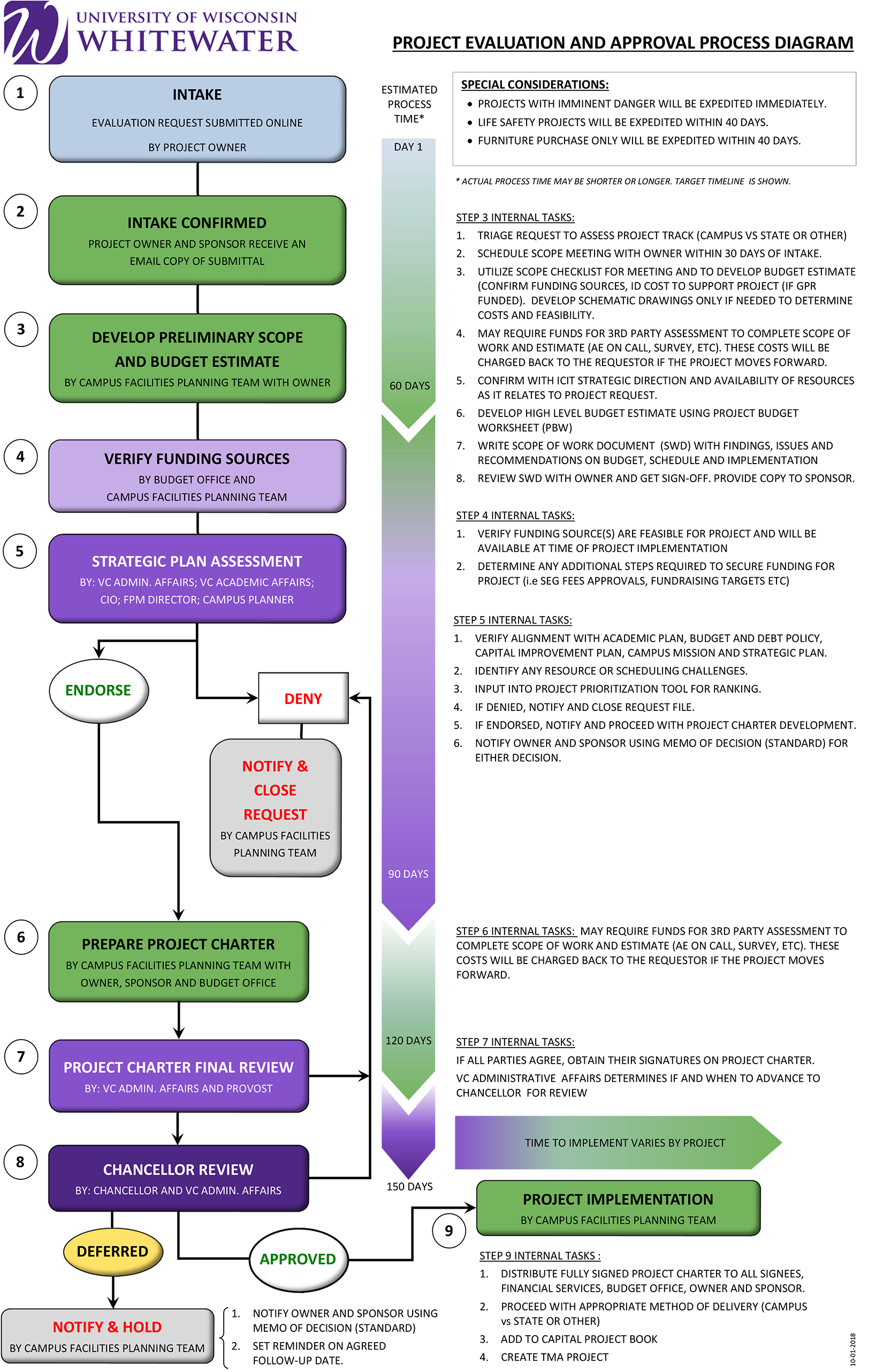 All–Agency and Major Capital Projects are submitted and approved as a part of the timeline and procedures for the Statewide Development of the Capital Budget.

Interested in submitting a project evaluation request? Click on Campus Process tab for how to submit a request.

Every two years, as part of the biennial budget process, the Building Commission recommends to the legislature a State Building Program, which includes a list of projects and funding sources to meet the state’s capital improvement and maintenance needs over the following two –year budget cycle. The approval of the Capital Budget incorporates several steps: