In the UW-Whitewater Theatre and Dance program, everyone has a chance to learn everything from the front of the house to behind the scenes. We’re a highly hands-on, collaborative program offering an array of major, minor and degree options.

CAN WE BRAG A LITTLE? 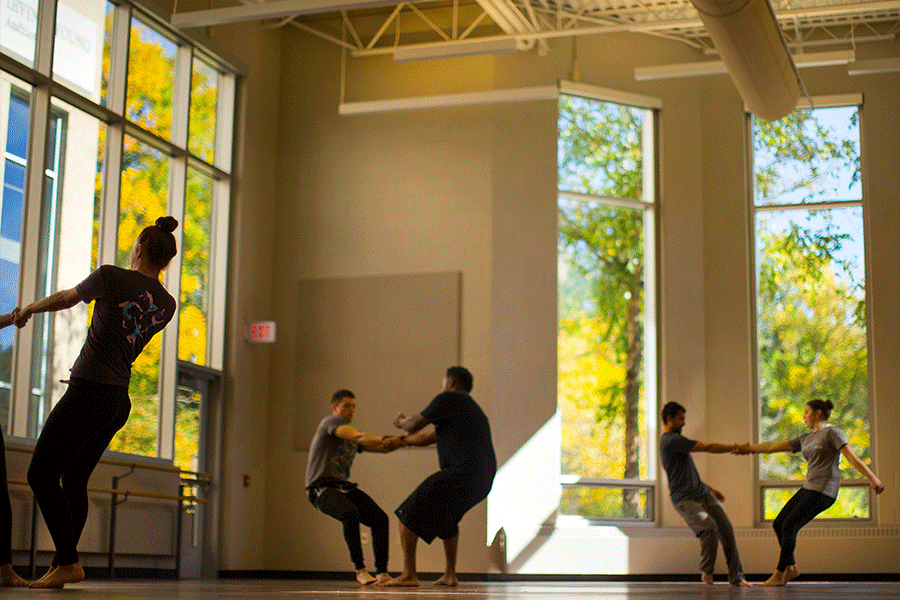 Interested in auditioning for a production or learning more about getting involved backstage? Click here to see current audition opportunities. 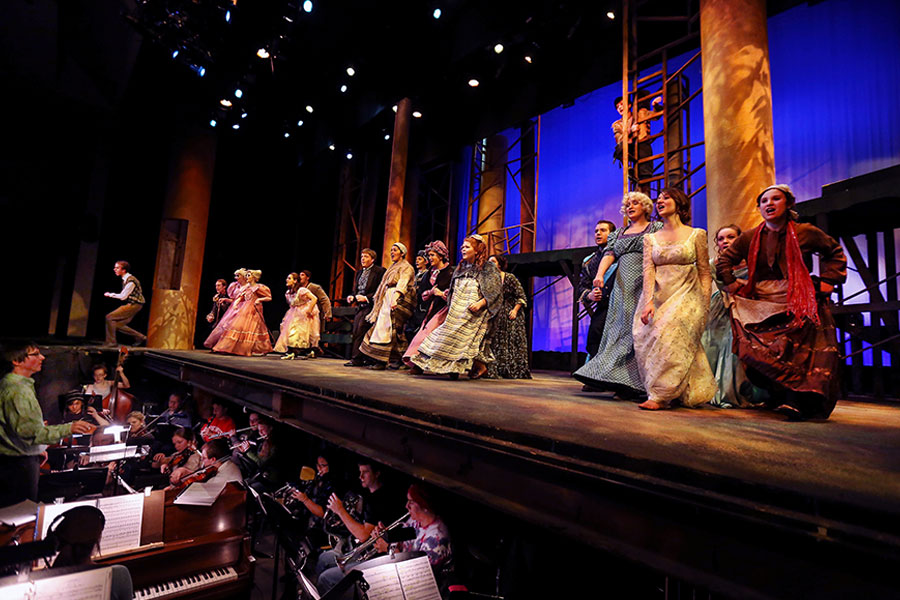 Why study Theatre and Dance at UW-Whitewater?

We also offer about $40,000 of scholarships to Theatre majors and Dance minors each year.

What our Theatre and Dance students do

Earn credit for roles in productions 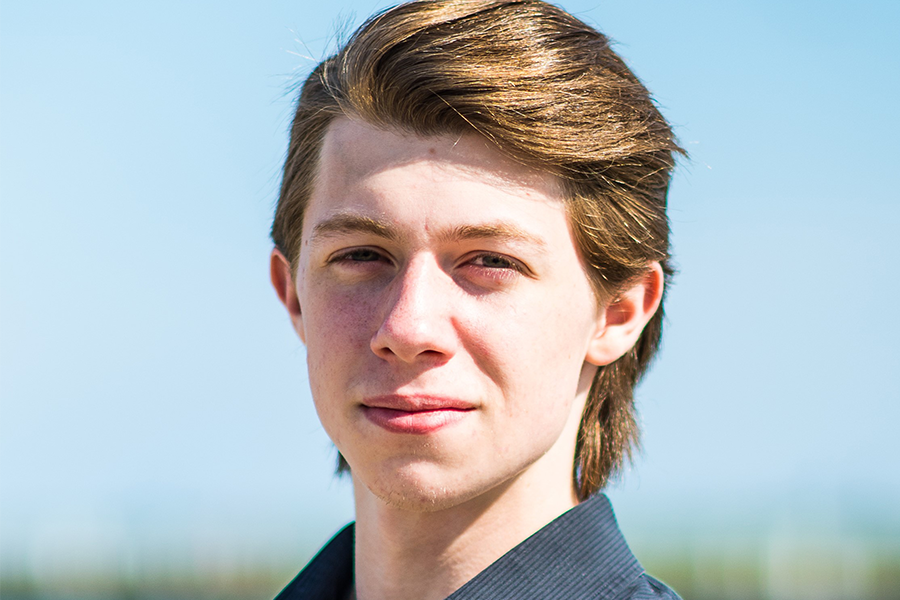 “Every professor wants every student to succeed.”

Bryce Giammo is pursuing his Bachelor of Fine Arts in Theatre Performance with a minor in Dance. The moment the curtain closed on his high school musical experience, he knew this was what he wanted to do for the rest of his life. 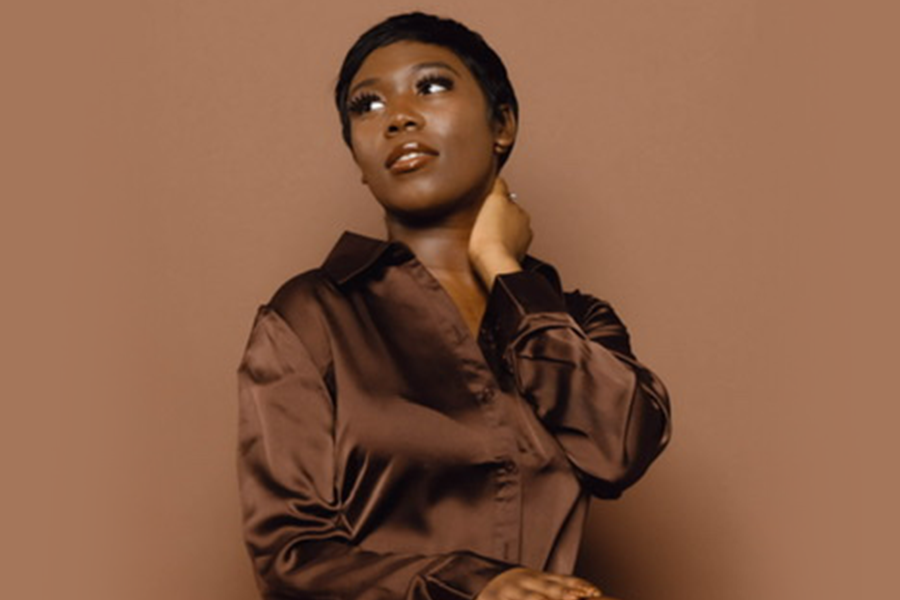 “I want to teach theatre and inspire the next generation.”

Dyamond Jackson is pursuing her Bachelor’s degree with a major in Theatre Education and a minor in English Education. Fun fact - Dyamond created her own majorette hip hop dance organization, the first in the entire UW System, named The Warlettes. Her experience is a prime example of how individualized the student experience can be at UW-Whitewater.

Whether you’re looking to major in theatre arts to pursue a career in a performance, education, production or a related area, you’ll be able to choose a path of study that fits your goals at UW-Whitewater. Here’s a brief overview of our degrees in theatre:

Theatre major: Get a broad education
Designed to give you a broad theatre education, the Bachelor of Arts option also allows you the flexibility to add a minor or even declare a second major.

These programs are in-depth, interdisciplinary and highly customizable based on your interests. For example, the management and promotion program offers courses from marketing, communications and business; and the performance major includes electives from broadcast journalism, English and dance.

Dance minor: Add some movement to your major
This liberal arts program will expose you to several areas of dance, including ballet, contemporary dance, dance composition, choreography and dance history/criticism. "“As an actor, I always recommend dance classes to colleagues. It provides a person with a strong sense of spacial awareness and a strong understanding of blocking for the stage. I rarely need to be told how to block scenes and I attribute that to my involvement in the dance program.” - Alumnus Tyler King

Learn more about our majors, minors and degree requirements, below.

With five productions each year, Theatre and Dance majors will have plenty of behind-the-scenes and performance opportunities. Our season line-ups might include:

Regional festivals and beyond
We actively participate regionally in the Kennedy Center American College Theatre Festival and the American College Dance Association Festival. In fact, when we compete in dance competitions, other schools are always surprised to learn UW-Whitewater has “only” a minor.

On-campus employment
We offer work-study positions in our scene shop, our costume shop and our department office. This gives our students a chance to learn more about various aspects of theatre production and programming while working part-time and earning money.

Student organizations
Theatre, dance and other performance-related groups on campus include:

Setting the scene: Our facilities

UW-Whitewater’s Theatre and Dance program uses a variety of learning, rehearsal and performance spaces; most are located in the Greenhill Center of the Arts, a place always bustling with music, theatre and dance majors. Here’s a look at a few spaces:

Young Auditorium: This 1,300-seat venue holds dozens of national and university events each year, from concerts and comedy to theater and dance.

Barnett Theatre: With a fully trapped stage — including an orchestra pit — this 380-seat theatre hosts many of our major productions.

Hicklin Studio Theatre: Our versatile black box theatre can be reconfigured to fit a variety of productions, and it is also used as a classroom and rehearsal space.

Kachel Studio: This multipurpose space is home to tap and other dance classes.

Dance Studio: This 4,000-square-foot facility has a sprung Marley floor, warm-up spaces, locker rooms; and it is home to most of our dance classes.

Design Lab: Also a classroom space for our theatre tech students, the lab features drafting tables, a lighting lab and workstations with the latest production and design software.

Scene Shop:In this fully equipped woodshop , you’ll find a paint room, a tool room and a storage area with a large collection of props and furniture.

Costume Shop: The shop is home to an extensive costume collection plus all the tools you’d need to costume a show: sewing machines, sergers, cutting tables, a spray booth, and dye facilities.

What our graduates do 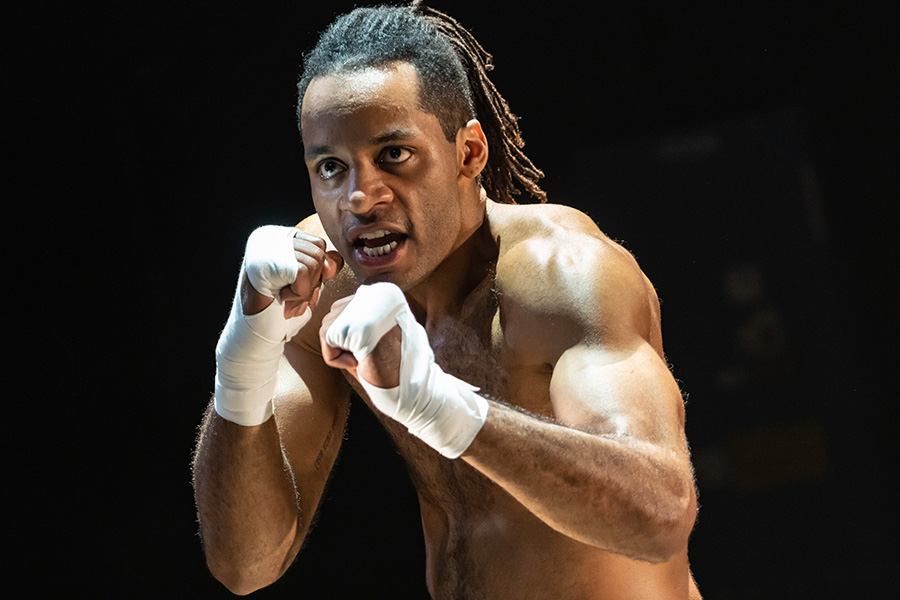 “Focus on what you can control.”

Rasell Holt graduated in 2015 with a Bachelor of Fine Arts in Theatre and an emphasis in Performance. Originally from Milwaukee, WI he is very proud to be a working actor. In the Summer of 2022 you can catch him in the American Players Theatre line up in “Raisin in the Sun” and “The Brothers Size.” 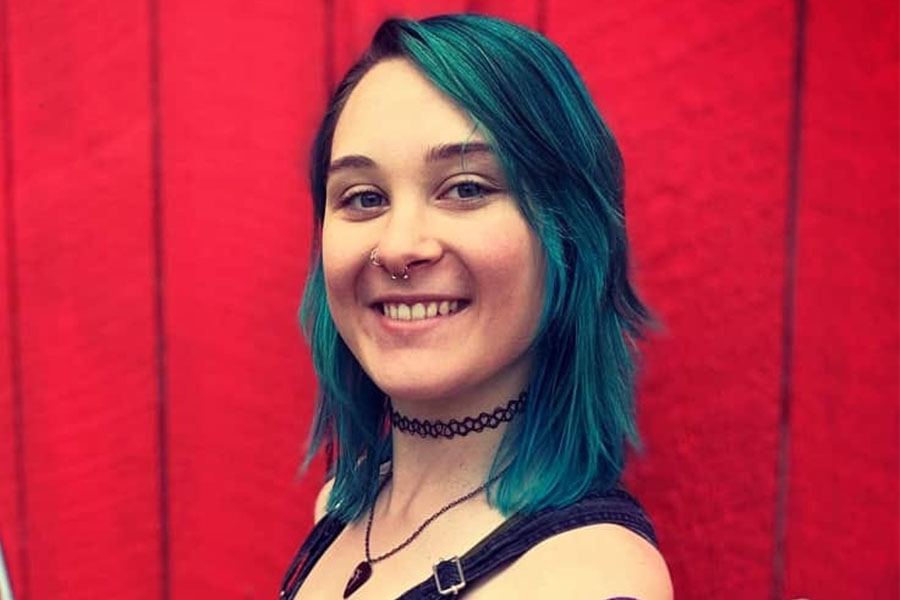 "It's okay to change your major."

Grace Rusch graduated in 2020 with a Bachelor of Fine Arts in Theatre Technology and Design with an emphasis in Costumes, but originally wanted to be onstage. She now is working as a Wig Assistant on Tina: The Tina Turner Musical on Broadway. 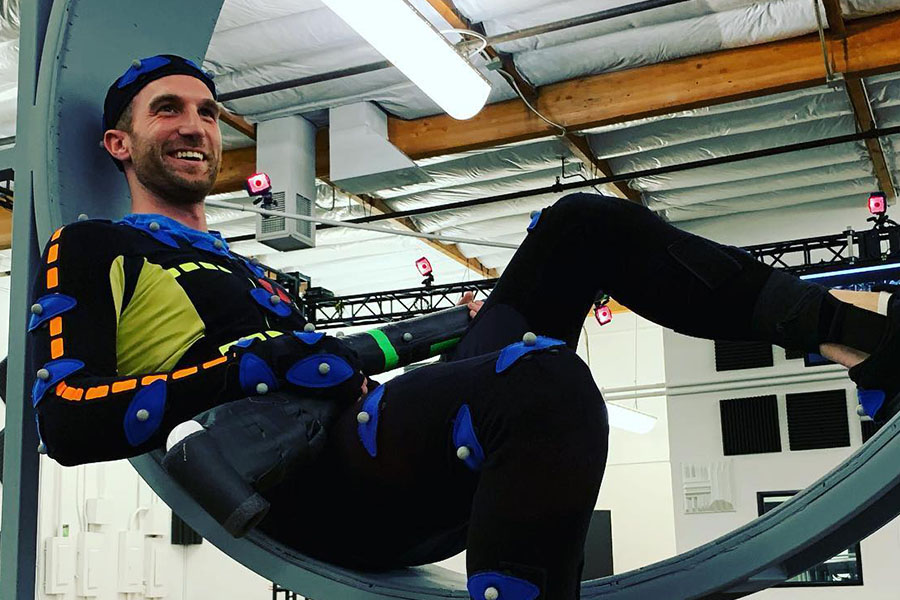 Tyler King graduated in 2010 with a Bachelor of Fine Arts in Theatre and an emphasis in performance and a minor in dance. He now works regularly as a Performance/Motion Capture actor and stuntman in video games and movies. "Don't stop learning" is the advice he would give his future self.

Our Theatre majors and Dance minors are well-rounded, well-prepared practitioners who find work across the country, from New York to California, in theatre, entertainment and education.

Our Theatre and Dance faculty

Performers. Directors. Stage Designers. Choreographers. Our Theatre and Dance faculty is cast with an array of professionals, many of whom are still active in the non-academic theatre world. 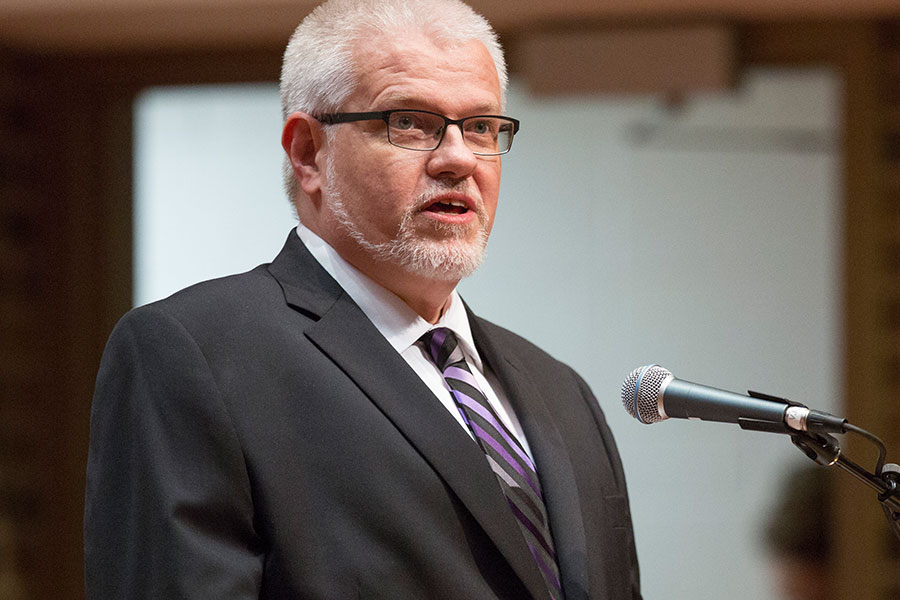 Since 1986, Mr. Anderson has designed costumes for over 125 UW-Whitewater productions. He has costumes on permanent display at the DAR Museum in Washington, DC. and is in his 17th year serving as the Department of Theatre/Dance chair. 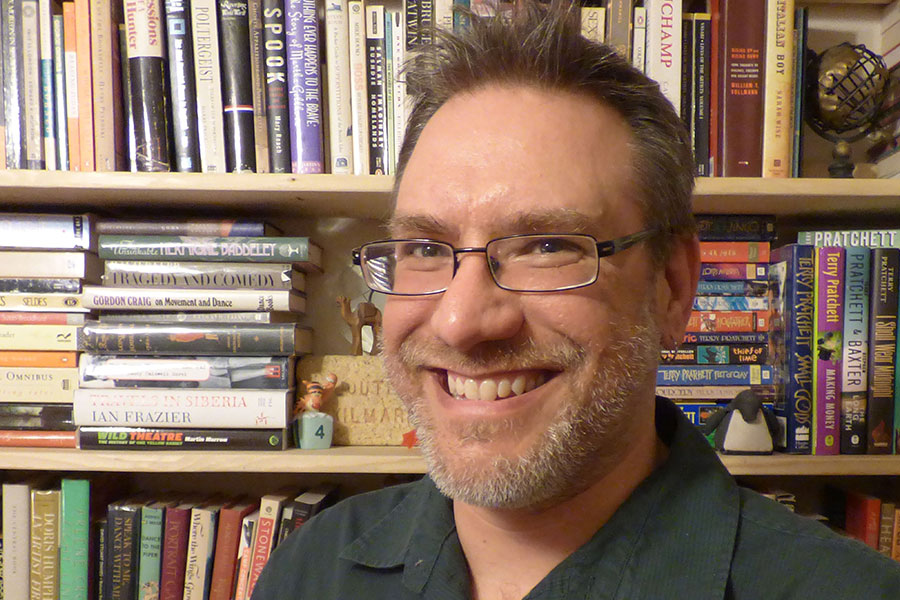 Eric Appleton is the associate professor of scenic and lighting design in the Theatre/Dance Department and typically designs the scenery for three to four department productions each year. He mentors student lighting and scenic designers on departmental productions, and oversees student props managers (as well as acting as prop manager on occasion). 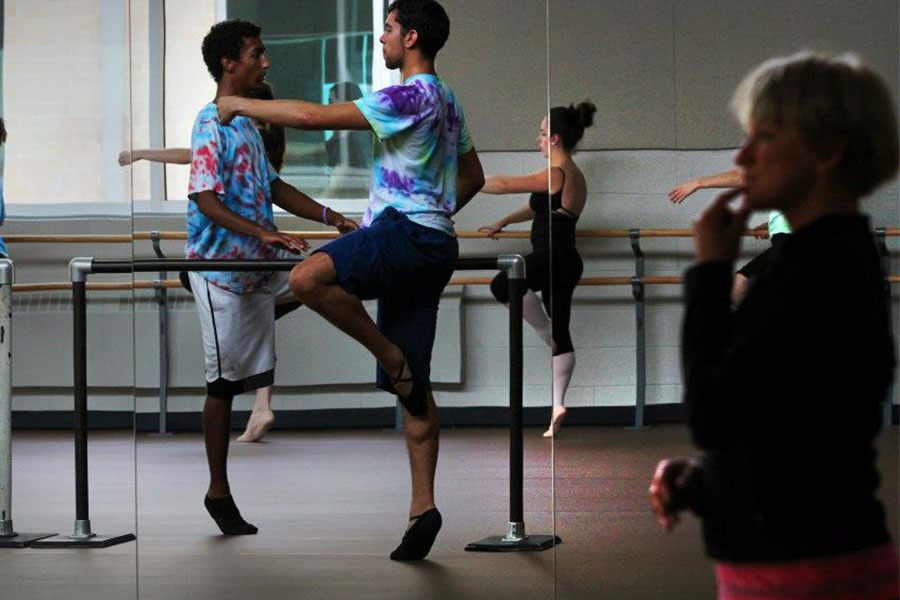 Originally from Land O’Lakes, WI, Barbara has an extensive professional career dancing choreographing and teaching on four continents. During her 16 years in NYC she danced in the companies of Ralph Lemon, Douglas Dunn, Dan Wagoner, Bill Young, and David Dorfman. 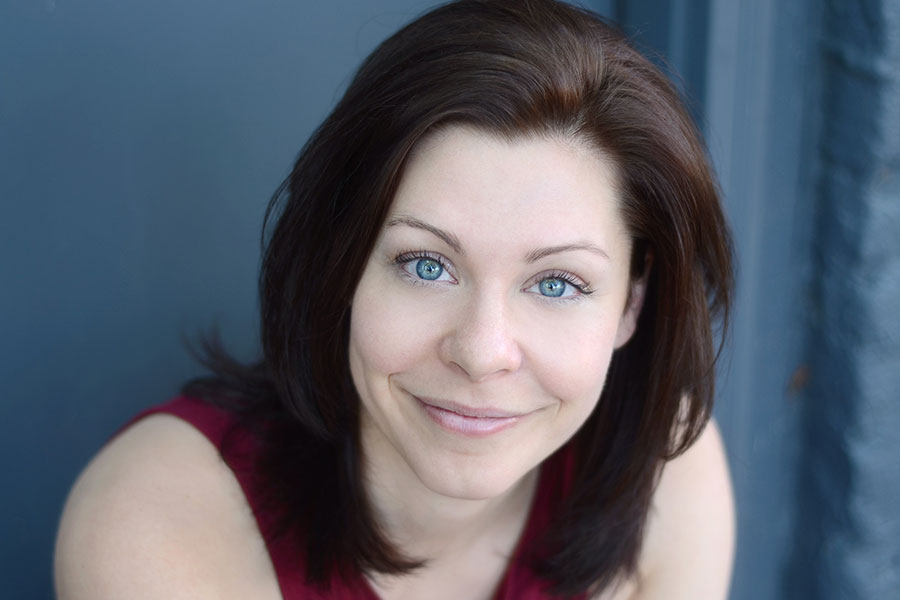 Sara received her BFA in Performance at UW-Whitewater in 2007, before going on to get her MFA and pursuing her dream of professional acting. Teaching affords Sara the opportunity to facilitate her favorite thing about learning, the "lightbulb moment". It's a wonderful thing to see a student gain understanding of and excitement about something that was previously beyond them. 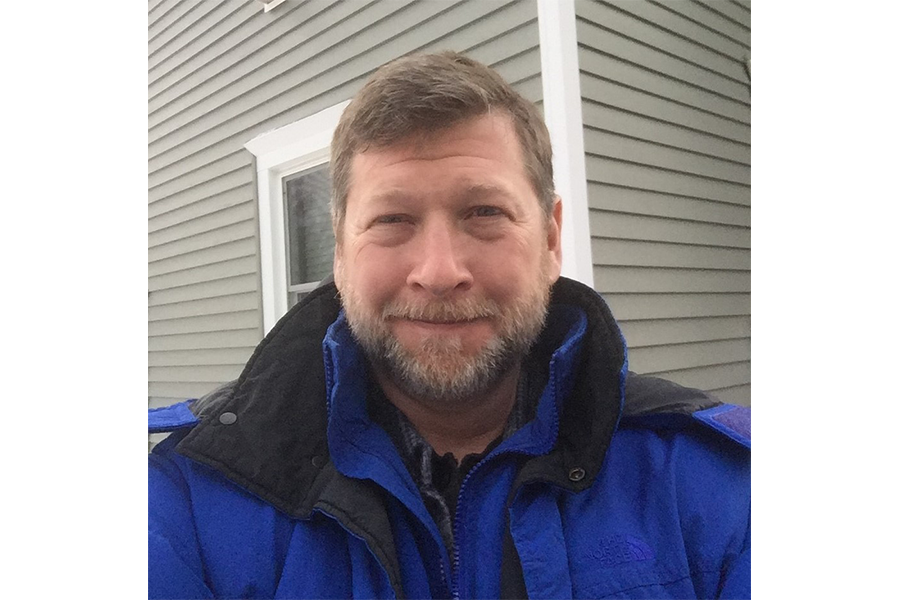 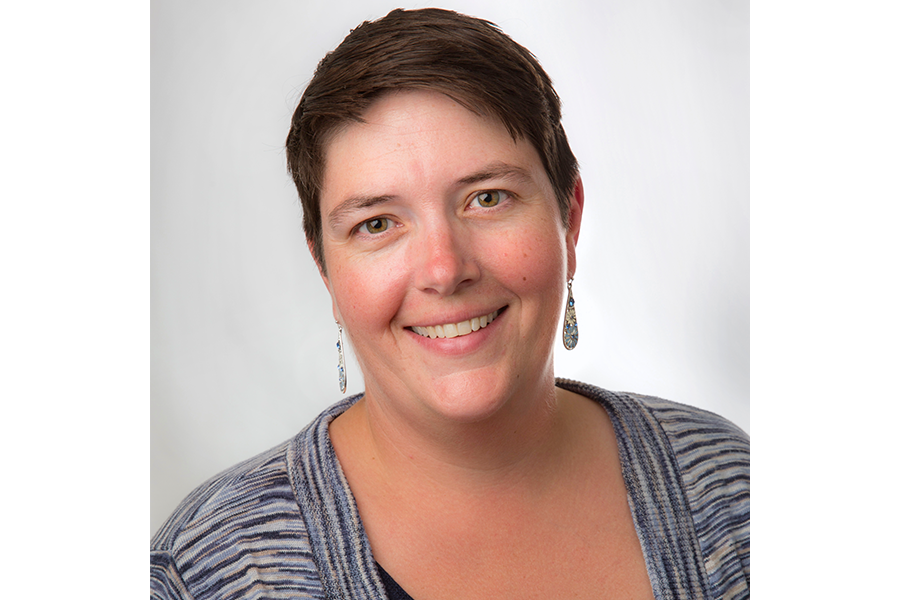 Ruth Conrad-Proulx has been a professional theatre production manager and technical director producing in theatrical venues and in classrooms teachings for the past 20 year. She has worked alongside professionals and students alike meeting the ever-present challenges each production presents, finding new learning experiences along the way. 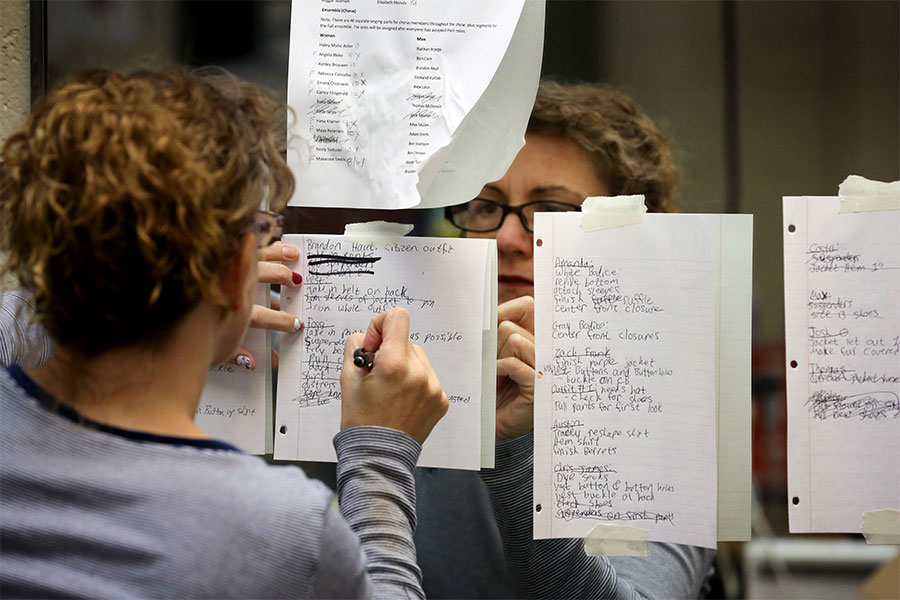 Tracey Lyons is a Costume Designer, Instructor, and Director. She has designed costumes and/or makeup for the Canadian Broadcast Company, Lincoln Theatre Guild, The Huron Playhouse, Madison Ballet, Madison Theatre Guild, American Folklore Theatre, and many other theatres. She toured internationally with Sesame Street Live. 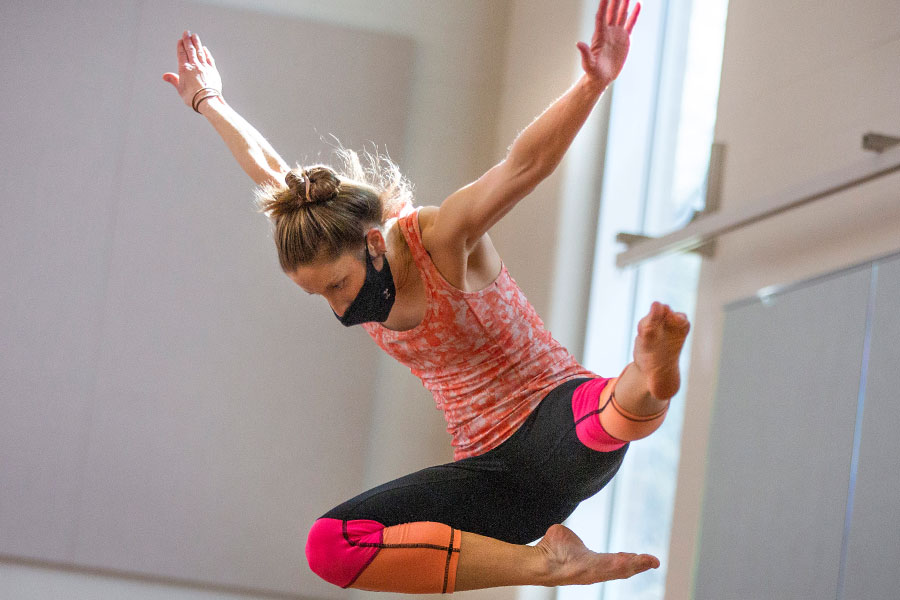 Piper Morgan Hayes-Werner has taught at several colleges throughout Wisconsin. Choreographically, her work is seen in the annual DanceScapes production, on campus Theatre/Dance Musical productions and local performances. In addition, she performs as a company member with Li Chiao-Ping Dance Company in Madison. 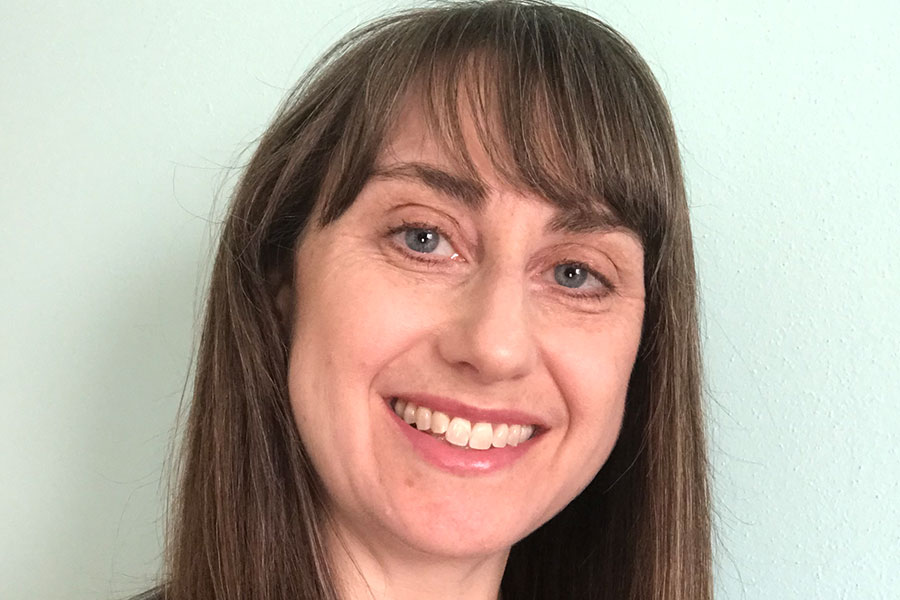 Amy Slater is a dance lecturer at UW-Whitewater. Amy previously taught in Texas at El Paso Community College Dance Department. Prior to teaching, she performed for seven years with the Christopher Watson Dance Company in Minneapolis.

Meet all of our Theatre and Dance faculty »

Want to learn more about earning a Theatre degree at the University of Wisconsin-Whitewater? Contact us »

In addition to UW-Whitewater’s general education requirements, Theatre and Dance students take a set of core courses and electives that will vary greatly depending upon major or emphasis. Select a program below to download the individual requirements. There are scholarships for Incoming Freshman - learn more here.

To apply, you’ll complete the UW-Whitewater application for admission and indicate your interest in theatre and dance. Don't forget that there are scholarship funds for Incoming Freshman, learn more here.

On the morning of his wedding, Bill wakes up in his honeymoon suite with a dreadful hangover and an unknown woman in his bed. It’s a race against time as he has to either get her out or make up a plausible story before his fiancée and future mother-in law arrive. Desperate times call for desperate measures in this hysterical romp of a love story gone wrong!

An unexpected pregnancy ends an ace fighter pilot’s career in the sky. Reassigned to operate military drones from a windowless trailer outside Las Vegas, she hunts terrorists by day and returns to her family each night. As the pressure to track a high-profile target mounts, the boundaries begin to blur between the desert in which she lives and the one she patrols half a world away. WARNING: Adult Language & Themes.

Mistakenly apprenticed to a raucous band of pirates, Frederic is caught up between a marauding crew that lacks killer instinct, a squad of overly empathetic policemen, and a modern major-general’s bevy of daughters. Hilarious and hopeful, you’ll find plenty of wit, charm and an abundance of musical hits. Set sail in Barnett Theatre with this classic whimsical comedy.

DanceScapes ’23 features works from UW-Whitewater student choreographers, faculty members and international dance artist Dr. Jin-Wen Yu who has created, performed, directed and produced over 100 works internationally and nationally. A showcase of unique talent crafted in our studios, we hope you’ll join us as we celebrate the shared experience of live performance.

“Something wicked this way comes…”
Returned home and celebrated for victory in battle, the triumphant warlord, Macbeth believes that becoming King might be possible. Driven by mystical and sinister prophecies, he and his Lady set out on a path of butchery to slake their lust for power. A story of lost humanity and deadly ambition, Shakespeare’s tragic play is a murderous thriller.

There are no current audition opportunities.

Incoming Freshmen - learn more about how to apply for scholarships here.

The UW-Whitewater Department of Theatre/Dance is offering FREE virtual workshops for high school groups and students.
For a full list of available workshops, click here.
To schedule your workshop, click here.