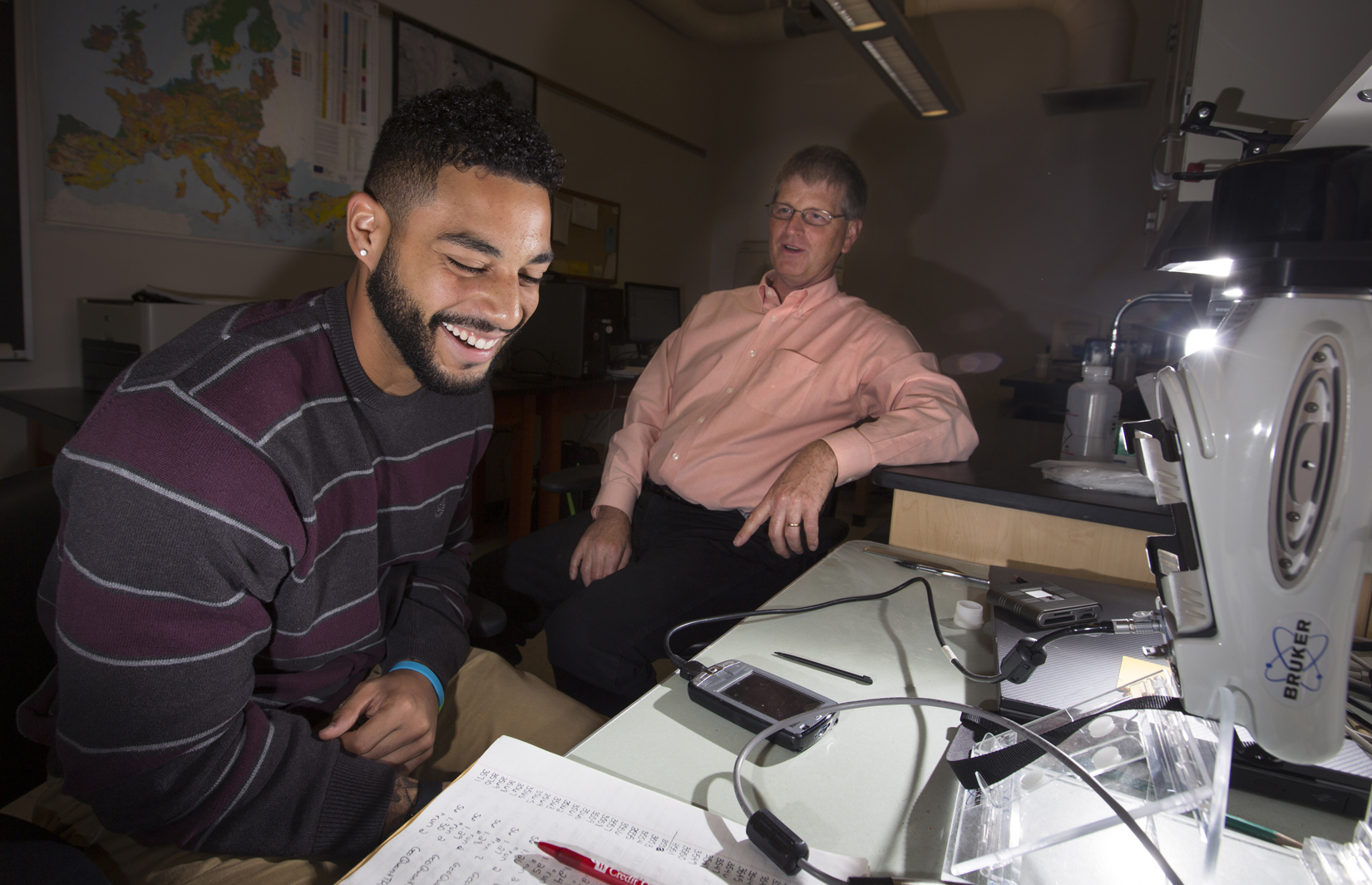 Anthony Davis discovered a passion for science at the University of Wisconsin-Whitewater. But, he admits, he was hesitant to start research in a laboratory.

"Before college, I knew nothing about research, but I saw it as an opportunity given to me because it promotes growth, helps with academics and allows students to move forward," he said.

Despite nerves and limited experience, Davis forged ahead and has become a scholar. His journey to success began and continues with the help of a professor.

Peter Jacobs, chair of the Department of Geography, Geology and Environmental Science, has guided Davis in the laboratory and directed him toward other academic opportunities as part of the campus's Research Apprenticeship Program.

RAP is an innovative program designed to eliminate the achievement gap between majority and minority students and engage first- and second-year students to become paid research assistants for faculty members.

The program is the winner of the 2016 Diversity Program Achievement Award from the Wisconsin State Council on Affirmative Action. Members of the Warhawk family will accept the award on Oct. 27 at the state capitol in Madison.

In five years, RAP has become a proven, high-impact educational practice. The student retention rate after the first year of participation is 96 percent compared to 78 percent for the campus as a whole.

"It is a win-win situation for a mentor and mentee because a student can determine early on if they have the interest in laboratory-based sciences," said Jacobs. "I was interested in not only training a student in lab techniques, but also working with a student to help push my research program forward."

Davis, one of 225 students who has participated in RAP, declared a major in geography (geology emphasis) his sophomore year. Soon after, he was informed about RAP and jumped into research after discovering similar earth-science interests with Jacobs. 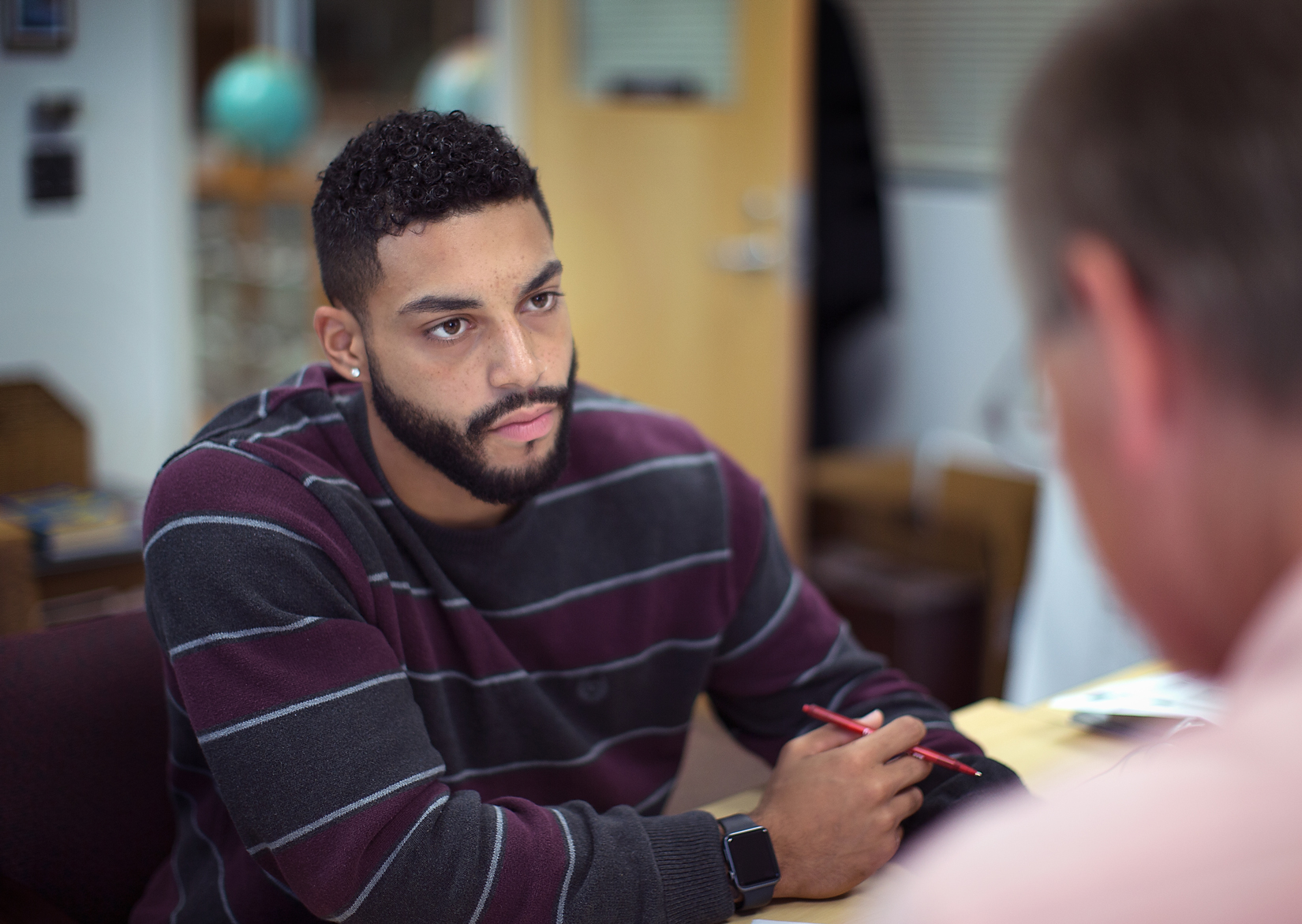 "I was nervous to start, but Professor Jacobs has always served as both a good mentor and role model," Davis said. "Since the beginning, he has always helped me with what I want to accomplish and has been very supportive."

Jacobs' particular research focuses on the origin of soils, including the sediment from which soils develop. He specifically focuses on the use of geochemistry to help identify sources of sediment through chemistry and mineralogy fingerprints to identify sediment source areas.

Davis runs laboratory equipment to run analyses to generate numbers and graphs. The duo then interprets the information together. Jacobs said Davis is a trusted mentee and research assistant.

"I am confident in his abilities in the lab," Jacobs said. "We have reached the point where we can briefly communicate about immediate needs of a project, and he can then run the samples and we see what we get out of it."

The duo presented research titled "Mineralogical and Chemical Indices of Weathering in a Pleisotcene Loess Sequence in the Driftless Area in Wisconsin" earlier this semester at an international conference, LoessFest 2016, in Eau Claire, Wisconsin.

Jacobs' advice and guidance helped Davis win the Richter Family Research Scholarship from the UW-Whitewater Foundation, and also led him to become a McNair Scholar, a program that puts students on a path for master's-level and doctorate studies.

Davis, who is from Saukville, Wisconsin, is undecided about a career choice at this point, but plans to pursue his research passions.

"It's a work in progress," Davis said. "RAP has opened the door to multiple opportunities for my future." 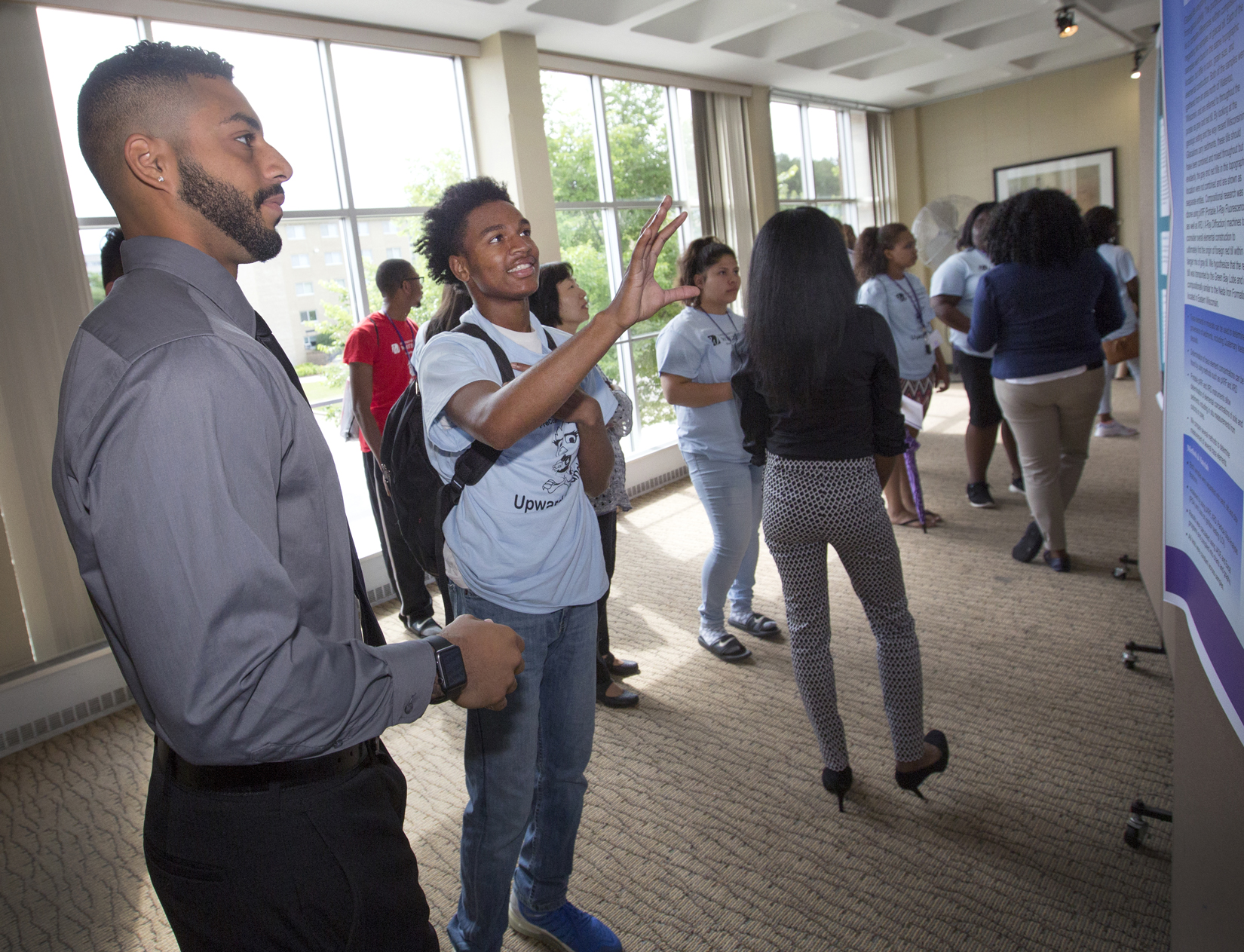 UW-Whitewater geography major and McNair Scholar Anthony Davis, left, listens to a question from Mark Herford, 18, a pre-college program student from Milwaukee. Davis and others displayed the undergraduate research projects they have been developing and will continue working on in the new academic year at the McNair Scholars Program Research Symposium on Thursday, July 7, 2016.