In a year when nothing seemed certain, the University of Wisconsin-Whitewater American Marketing Association chapter carried on its championship legacy by once again earning the AMA International Chapter of the Year title at the International Collegiate Conference held virtually on April 8-10, 2021.

It is the 17th time that UW-Whitewater AMA has held or shared this title — and the 10th time in a row. 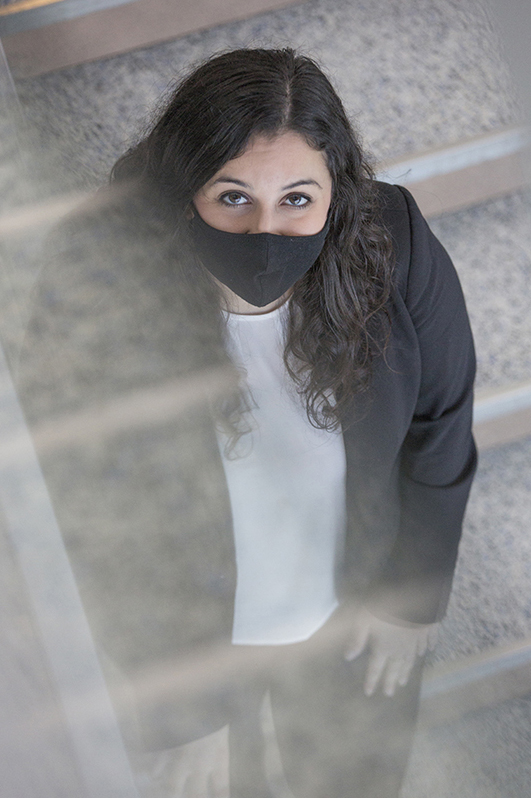 With more than 300 chapters worldwide in competition, earning the title requires considerable commitment. The students began preparing new initiatives last spring, and worked through the summer as well as the fall and spring semesters to be successful. Running the chapter virtually — and ensuring students were engaged and thriving — was an additional challenge.

“We had to be at our best for the whole year,” said Alec Arndt, a marketing major and chapter co-president. “And in this year of hardship, one of our major goals was to give back to the community and all AMA members. This included pro bono work for local businesses, external competitions to provide other chapters opportunities to compete and earn money, and raising the most donations by any chapter for the AMA Foundation’s Giving Tuesday.”

“Our motto for the year was ‘Run for 10,’ and they sure did it!” said Jimmy Peltier, professor of marketing, chair of the Department of Marketing and longstanding advisor to the AMA team. “But that was just the start, as our chapter took home more honors than ever in our long and illustrious history.”

Among the accolades earned as a result of the hard work was the prestigious AMA Student Marketer of the Year, which was awarded to Lexi Ragano, a marketing major from South Elgin, Illinois, pictured left.

“I still can’t believe it,” she said days after the award was announced. “I was humbled just to be nominated and then overwhelmed when I won. My name may be on the award, but it reflects all the support from the chapter advisors and my co-presidents and other AMA members. Dr. Andy Dahl was such a great mentor to me as well, and Dr. Jimmy Peltier really pushed me to be the student and professional I now am.”

The theme of the 2021 AMA ICC virtual conference was Redefining Possibility. UW-Whitewater has undoubtedly characterized what can be achieved by an outstanding AMA chapter.

“I have been proud to lead the chapter for the past 35 years,” said Peltier. “With 17 Chapter of the Year titles during that time — and the delight of watching students excel — what a ride it has been!”

Chapter co-president Brianna Oelke described the impact that AMA has had during her collegiate experience and career development.

“AMA has been a huge part of my collegiate career, and I wouldn’t change it for the world. It provides so many real-life experiences that a classroom just can’t give. It also gives students many opportunities to travel and build their network while showing off their skills to future employers.”

Oelke will be joining PepsiCo in Dallas, Texas, as a sales management associate after graduation.

The AMA International Collegiate Conference is geared toward undergraduate marketing students looking to learn from industry professionals about careers and cutting-edge marketing and sales practices. It is the premier event for professional development, career advice, competitions, networking and fun.